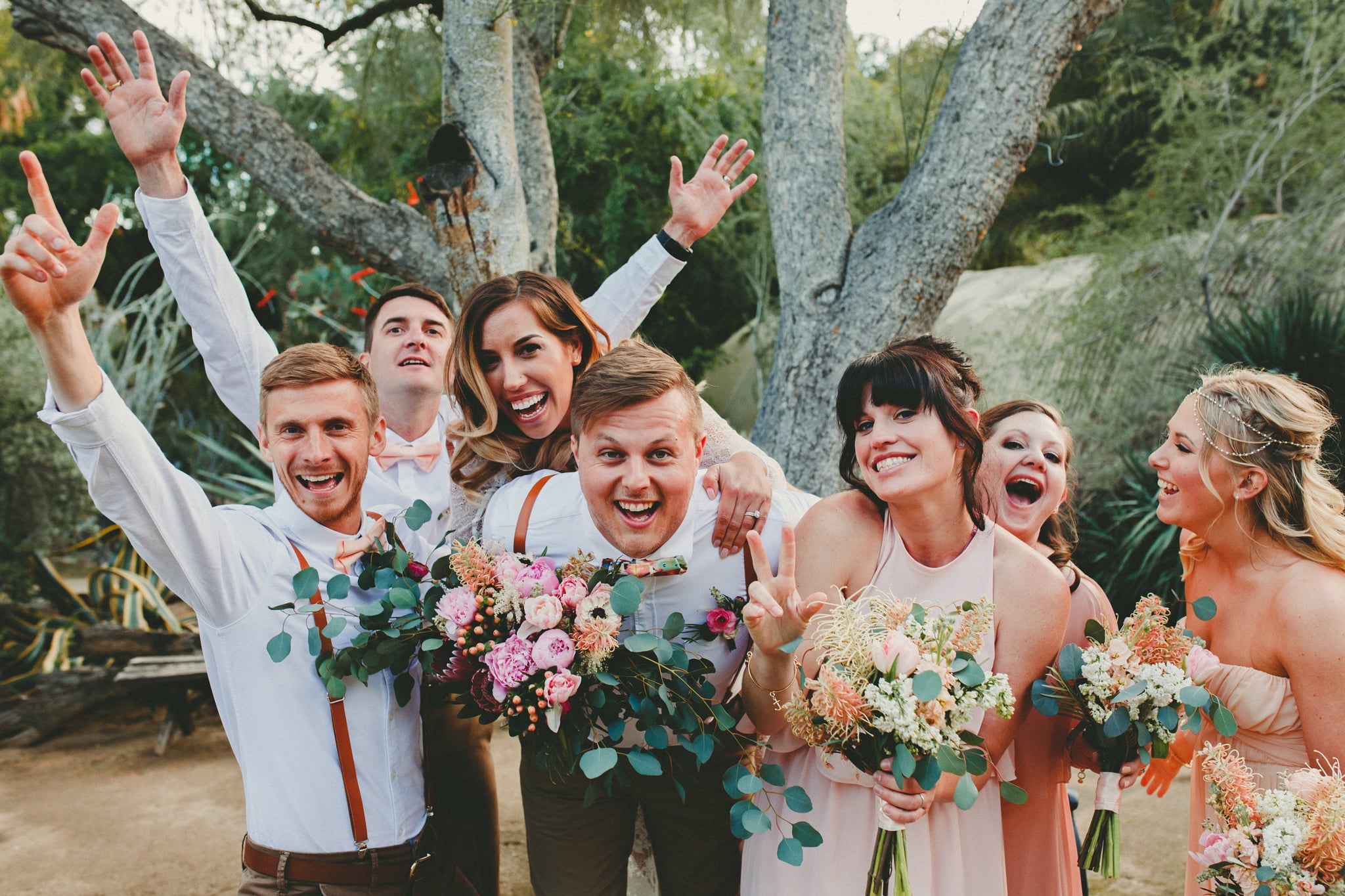 Well, it happened. You didn't ever think it would, but it did. Your ex is getting married. Before you.

But there's no need to panic! It's so not a big deal. After all, you're young, you're gorgeous, and you've got plenty of reasons you should attend that wedding with your head held high.

Why should you listen to me? Well, let's just say I sort of wrote the book about going to an ex's wedding. I'm the author of Scot on the Rocks, which I just rereleased in time for its 10-year anniversary. Did I mention I also attended an ex-boyfriend's wedding? I know what I'm talking about here. Let me break it down for you:

ADVERTISEMENT
Related:
When You're Single at a Wedding, It's ALL About Finding a Hot Hookup

1. You can go to their wedding and show off how fabulous you're doing.

After all, they say that living well is the best revenge. Just because he broke up with you is no reason that you shouldn't go to his wedding, dressed to kill, and show your ex (and his idiot friends) that you are perfectly fine post breakup. In fact, the breakup was actually good for you!

Oh, wait, did you break up with him and now he's trying to show you that he's actually the one living well, and as such, he is the one getting revenge on you? OK, then, let's move on to number two . . .

2. Weddings are a great place to meet someone!

My Aunt Myrna always said that weddings are a great place to meet someone. And my Aunt Myrna would never lie.

Think about it: love is in the air. Literally! Two people just pronounced their love for each other. Weddings have an all-around romantic vibe. Couple that with an open bar and slow dancing, and the wedding has practically done all of the work for you.

But if the thought of going to your ex's wedding makes you want to cry on my Aunt Myrna's shoulder instead of getting all dolled up, then let's move on to number three.

Related:
8 Benefits of Being Single at a Wedding in Your 20s

3. Weddings give you an excuse to ask a friend on a date!

We all have them. That friend who could be something more. Maybe they've never made a move on you. Maybe you're scared that making a move on them will hurt the friendship. Invite a pal with potential to be your plus one at the wedding! And the best part? There's no pressure at all. It won't even seem like a date. Unless you want it to, of course.

4. You're still friends with your ex and you want to celebrate his or her big night.

OK, it happens. It's not an urban legend. Some couples do stay friends after a breakup. And you wouldn't want to seem petty by refusing the invite to their wedding. After all, if you really are friends with your ex, what better way to support them than to be there on their special day? I mean, let's not be crazy — still get yourself a superhot dress and have your hair and makeup game on point, but you can look gorgeous and still be a supportive friend at the same time. Women are true multitaskers in this way.

Related:
7 Types of Single Guys You'll Meet at a Wedding in Your 20s

5. Weddings are fun and you deserve a night out!

Let's face it: weddings can be a blast. What's wrong with a night of eating, drinking, and dancing until all hours of the night? (Nothing. Absolutely nothing!) Weddings are an excuse to get all dressed up and then party until your feet hurt. So, go! Eat! Drink! Be merry!!

6. Make it all about the girls.

Grab your bestie and make it a girls' night out. Who says your plus one needs to be a significant other? And who says that you need to find someone new right after a breakup? All you need is you. You are amazing. You are strong. You are enough.

Still not convinced? OK, maybe you're right. There is ONE reason why you probably shouldn't go:

You broke up. He's not your boyfriend. He's your ex. That means he's out of your life. You're done. Finished. Finito.

No reason to go to his wedding and pretend that you're totally OK with the fact that he's getting married before you. Maybe you are. Maybe you're not. But only you can decide if attending an ex's wedding will be good for you in the long run or not.

If you truly are friends with your ex, and you think it can be a fun night of celebration, then by all means, go.

But if you're not, then don't push yourself. You have nothing to prove. To anyone. Not to them, and not even to yourself. Spending a night pretending you're OK won't be good for you. So, if you're not up to it, RSVP no, and spend the night instead with some good friends, some good food, and a lot of laughs.

And maybe even spend the night with that friend who you always wondered about turning into something more. (But only if you're ready.)

Buy Scot on the Rocks here! 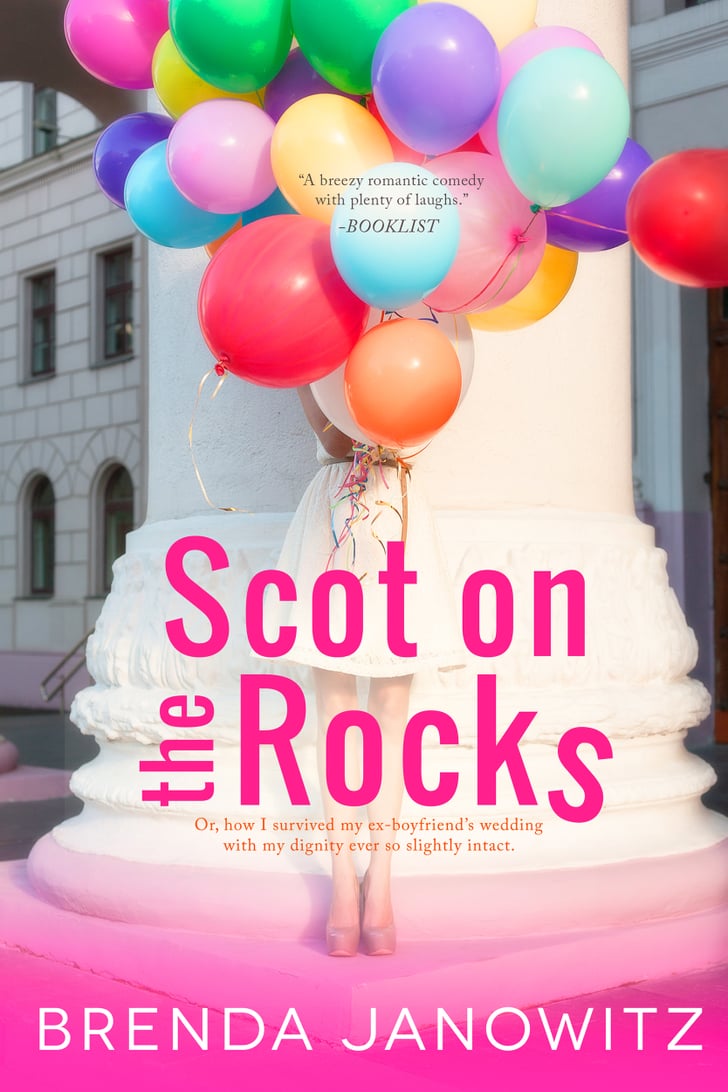 Wedding
Still Wanting to Celebrate Their Special Day, This Couple Virtually Eloped in Their Backyard
by Lauren Harano 3 hours ago

Books
Make Room in Your TBR Pile, Because These 25 Books Coming Out in June Deserve a Spot
by Sabienna Bowman 1 day ago