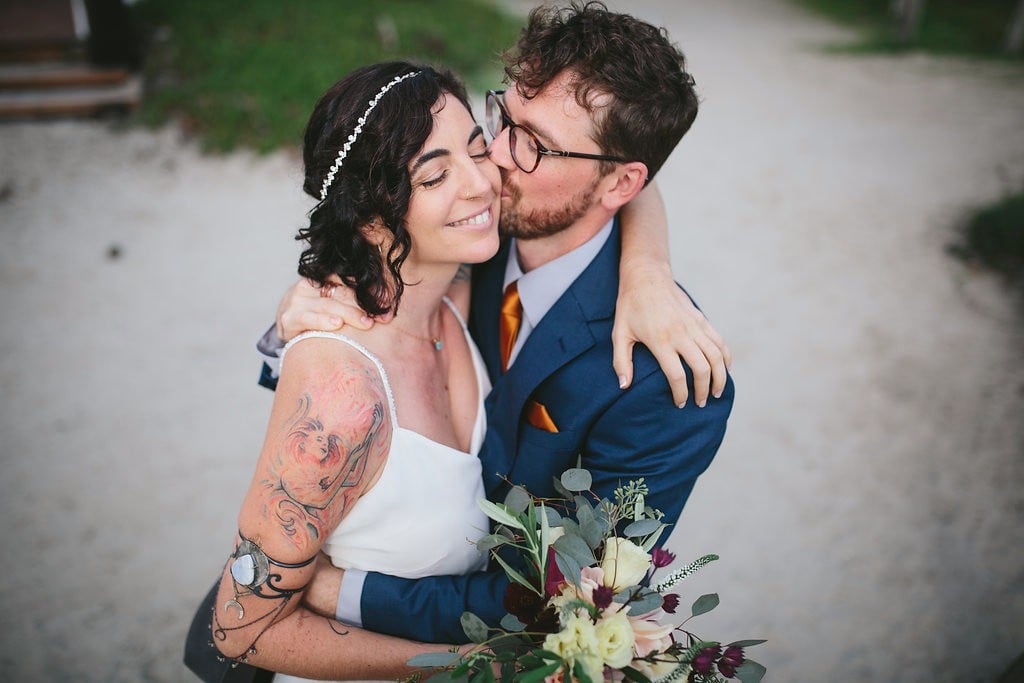 In California, it's almost always a good time for a beach wedding. Tony and Megan tied the knot on Stinson Beach, just outside of San Francisco, on an overcast Fall day. The bride's fondest memory was during their reception at the Stinson Beach Community Center, where the groom tore through the crowd with his baritone sax and jumped on stage to join the band, fronted by his uncle.

The two first met online in November 2014 and shared their first date at the beautiful Piedmont cemetery in Oakland. They eventually moved to Los Angeles where Tony proposed a few years later at the park across from their house. Even the security guard let their Champagne celebration continue after realizing they had just gotten engaged.

Related:
This Morning Elopement on the Beach Was the Perfect Excuse to Have Cake For Breakfast
Previous Next Start Slideshow
WeddingReal Weddings