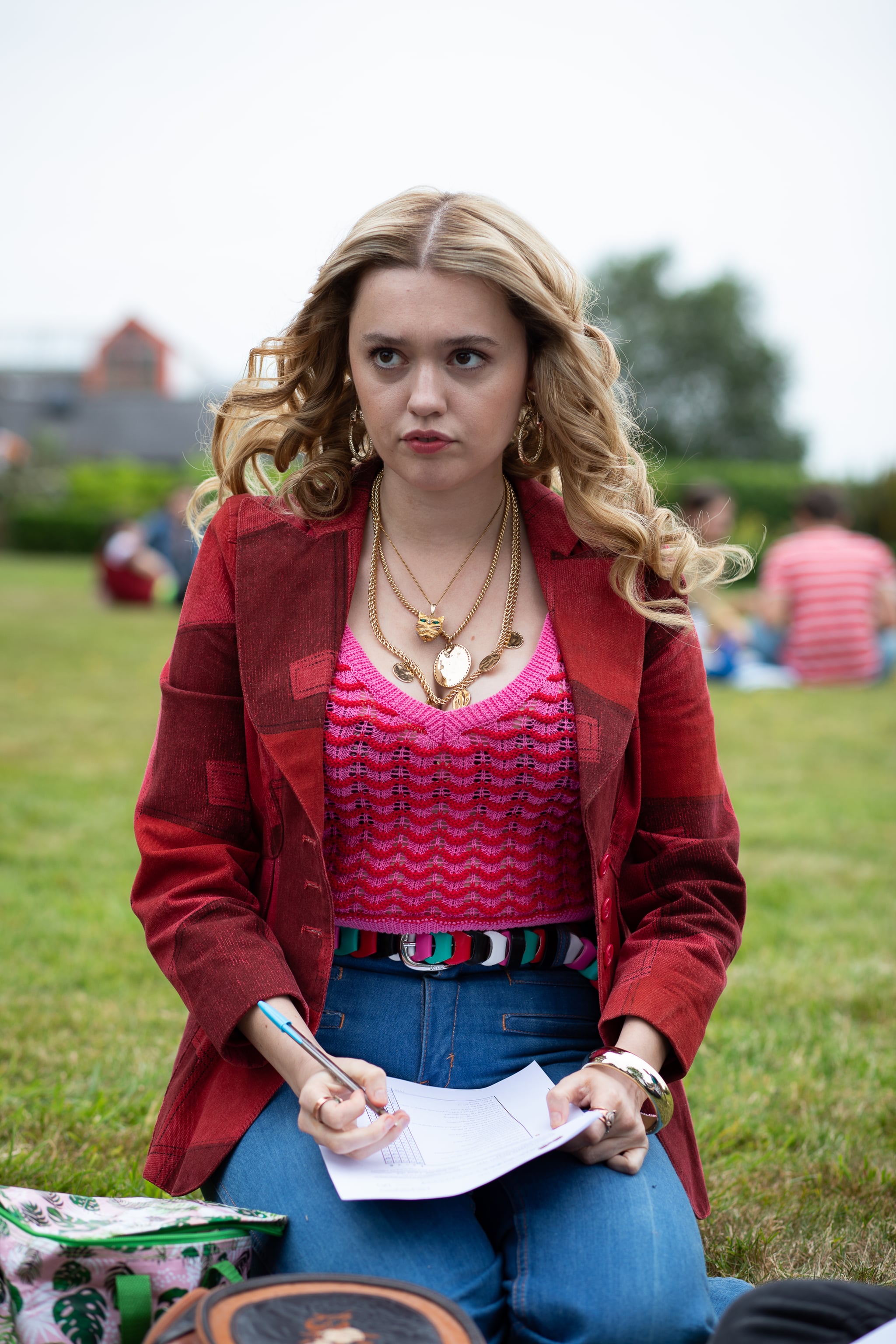 Actress Aimee Lou Wood, who plays Aimee on the show, described that scene to Glamour magazine as a "micro sexual aggression." A micro sexual aggression — something not often covered on television — is an act of unwarranted aggression of a sexual nature. It's not rape, but it can be extremely traumatizing and is something so many women (and some men) experience — myself included.

Related:
The Sex Education Cast Is Proud to Break Down Taboos and Start Honest Conversations About Sex

I grew up in and around New York City, and when I was 22 years old, I was flashed on the street while on my way to work. While walking by a seemingly homeless man, he quickly pulled down his pants, smiled at me, and grabbed his penis and waved it in my direction. I froze for a second, not knowing what to do, before walking away as fast as possible.

I wasn't able to stop thinking about his sickening smile for a long time. I felt dirty, like the feeling you get when you've gone days without a shower. After that, I never walked the same way to work again.

When I watched Aimee's storyline play out on Sex Education, I finally felt so understood. What she went through in the days and weeks after her sexual assault is entirely representative of what it's like to really experience it. Much like mine, her first reaction was to downplay it. I said nothing to my coworkers when I got into the office and shrugged off the severity of what just occurred. For Aimee, it wasn't until Maeve asked her what happened to her jeans that she recounted her experience. She laughed it off by saying how mad she was about her jeans getting stained. For both of us (and for many others), there can be a delayed reaction before it hits you — I've been assaulted.

I decided to tell my mom and sister in a group chat text later that day. My mom called me immediately to see if I was OK and reminded me that this was not some small casualty of being a New Yorker like I'd initially thought. Having her validate my experience made me feel better, but I wasn't able to stop thinking about his sickening smile for a long time. I felt dirty, like the feeling you get when you've gone days without a shower. After that, I never walked the same way to work again.

Related:
Sex Education's Aimee and Adam Are Dating in Real Life, and They're Absolutely Adorable

Over the course of season two, Aimee gradually processes the trauma of what she endured. No matter how big or small, unwanted sexual advances are not insignificant. It unravels the feeling of safety you had before. One second you're this content person going about your daily life, and the next you have to change your route to work or, like Aimee, can't bring yourself to get on the bus. And when it comes to your own relationships, that same dirty and unsafe feeling can carry over, making it hard to be intimate after what you've gone through. For Aimee, her boyfriend, Steve, is patient and supportive, happily waiting until she declares at the end of the season, "I think I'm ready for a hug."

Sex Education is known for its accurate portrayals of sensitive topics, and Aimee's arc this season is no different. It's real and relatable, and it strips away all Hollywood filters. Seeing it depicted on screen made me feel more than validated — I felt grateful to see such a real take on overlooked everyday offenses that have deep and lasting impacts.

And that epic moment of female solidarity in episode seven when all the girls ride the bus with Aimee to help her overcome her fear is honestly one of the best moments in recent TV history. It's not corny, inauthentic, or coated with humor. It's layered with the dark undertones of the fragility of innocence met by the power of women supporting women, something the world needs much more of.