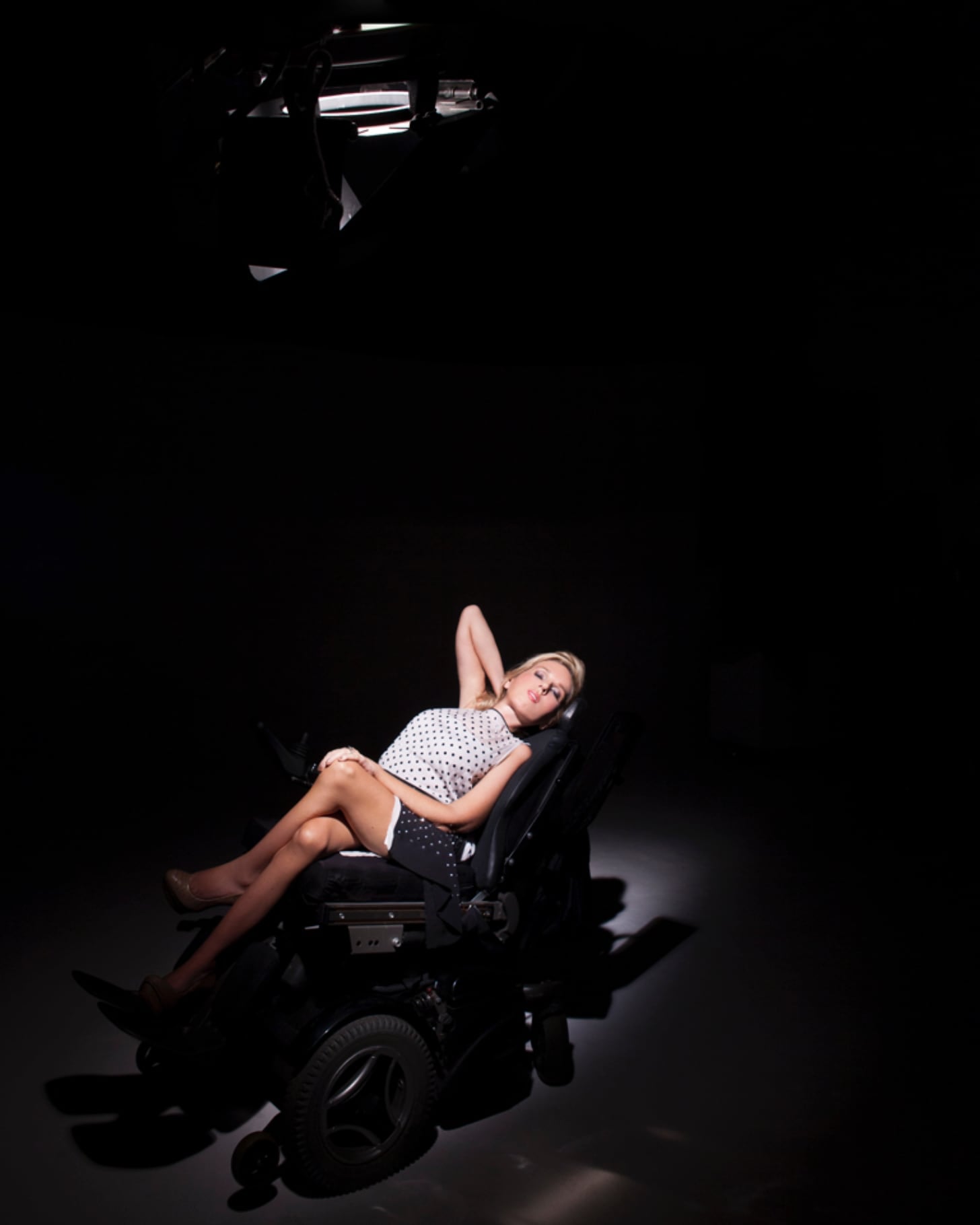 Dr. Danielle Sheypuk is not only 2012's Ms. Wheelchair New York, the first model in a wheelchair to grace the runway at New York Fashion Week in 2014, or a clinical psychologist, she's also a dating expert with years of experience. Dr. Sheypuk has spinal muscular atrophy (SMA), which is a progressive and rare genetic disease that requires her to use a wheelchair. "Through my work as a clinical psychologist, I've found that having a congenital disability affects one's self-view as a sexual person from a very early age," she told POPSUGAR in an email interview. According to Dr. Sheypuk, once someone becomes aware of sexuality, the ideas that society has instilled around disability in the dating space immediately causes those with disabilities to view their sexuality through a negative and distorted lens. "So, when others who do not identify as having a physical disability are developing into their sexual selves," she said, "we become aware that somehow, we are different."

"I wanted the world to know that this topic exists and I wanted to reframe it into something positive."

Having a physical disability has impacted Dr. Sheypuks' dating life, and her view on relationships was shaped by the idea that no one would want to date someone with a disability because they are "physically unattractive, fragile, unable to care for a partner, weak/dependent, unmasculine/unfeminine, and infertile." The negative stereotypes that she grew up believing caused her to think that only someone really "special" would want to pursue a relationship with her. Her feelings of hopelessness and loneliness back then inspired her to reshape the conversation around dating and disability. "While all of my grad school friends were on dates, I decided to use my Ph.D. in psychology and the title of Ms. Wheelchair NY to start talking openly and very publicly about dating, sex, and disability," she said. "I wanted the world to know that this topic exists and I wanted to reframe it into something positive."

How to Improve Your "Dateable Self-Esteem"

"Stereotypes and stigmas are probably the largest obstacles for people with disabilities when it comes to finding and having a healthy love life."

With that in mind, Dr. Sheypuk gives her clients advice on how to improve their dateable self-esteem, and she starts by encouraging them to think about themselves as sexual people. Knowing what makes them sexy, focusing on body parts that they feel confident about, and changing their perspective about who can be sexy are little ways to alter the narrative. She also encourages her clients to get out there and start flirting! The idea of being vulnerable and flirting with someone new might sound intimidating, but the more someone does it, the more comfortable it'll get. Aside from flirting, Dr. Sheypuk makes it clear that rejection happens. Everyone has gotten rejected before, and it's nothing to take personally, and more importantly, it's not because of a disability. Finally, dating is not a one-way street. The other person doesn't hold all — both do. Being empowered with the knowledge that each party has a say will make dating seem less exclusive and more inclusive. Ultimately, having a disability doesn't make anyone less dateable, and Dr. Danielle Sheypuk knows this to be true.

Relationships
Why Is It So Much Harder to Get Over a Healthy Relationship Than a Toxic One?
by Taylor Andrews 1 day ago