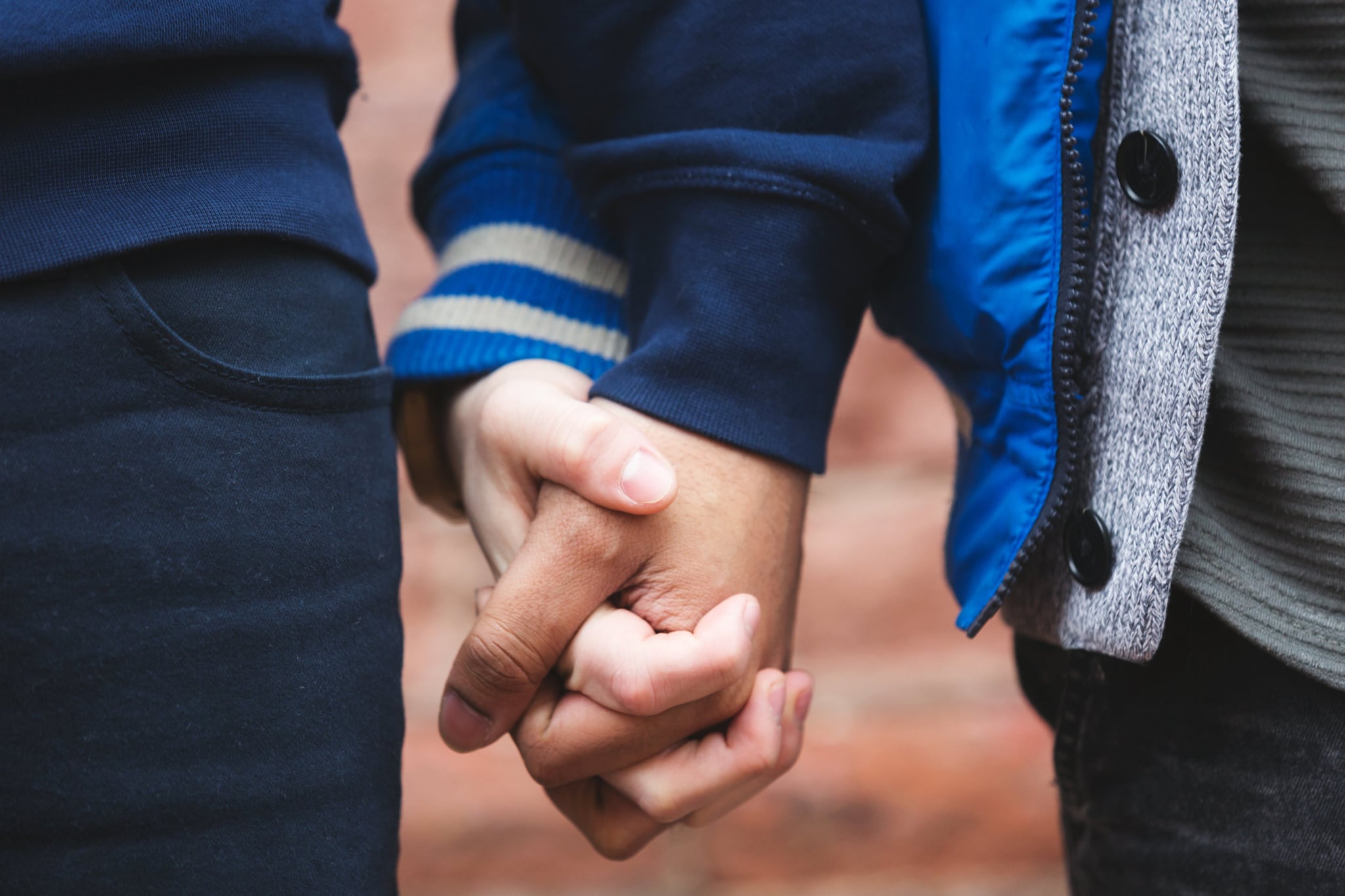 Anyone who knows me knows how much I love to wear makeup. What began a few years ago as a simple desire to cover up skin imperfections has now become one of my favorite forms of artistic and personal expression. What I didn't realize was the profound effect that heavier makeup and colorful clothes would have on my self-perception, and consequently, others' perceptions of me.

When I began coming to terms with my genderqueer identity two years ago, makeup and clothing became my natural ways of presenting a truer version of myself in public and alleviating any dysphoria that I felt. At gay bars and drag shows, girls (usually there with their gay male friends) tell me how great I look by enthusiastically saying things like "yas!" and "work!" Other times, I don't earn more than a displeased stare from someone across the bar or mocking laughter on the dance floor.

Related:
What It's Like to Start Dating Women at 23

What does it even mean to be masculine or feminine? And more importantly, why are certain qualities and actions assigned to each?

From my experience, gay men overwhelmingly prefer masculine people when looking for Mr. Right, and especially for Mr. Right Now. So the more I used cosmetics and clothing as my personal pieces of armor, the more I noticed the gay community's upsetting femmephobia problem — usually surfacing with unkind messages on Grindr. Being confident is an undoubtedly sexy quality in anyone, so why did it feel like I was being punished for it?

Genderqueer performance artist and author Travis Alabanza beautifully captured this paradox that people like me face: "Some people's relationship to gender non-conforming femininity is one of both desire and distance," he explained. In other words, we may be loved for the fabulous image we give off, but interest in ourselves and our bodies generally ends there. "I learned quickly that being desired was conditional, and if I strayed too far from gendered expectations, my experience of dating would severely change," Alabanza continued. "It felt like, with each application of makeup or feminine-coded item of clothing I wear (like a skirt) — the more visibly out of the male/female binary I present — the further people stray from desiring me." And that's exactly how I felt.

Related:
This Is What It Feels Like to Have a Sister Who Is Gay

I'm in my mid-20s and have yet to be in any sort of real relationship, and dates for me typically come as often as presidential elections. That's not to say it's not entirely my own doing, but I'm a perceptive person, and there are patterns I've noticed that plague all types of couples, not just the LGBTQ+ community.

Traditional notions of masculinity and femininity are ingrained in us from an early age, so the toxic ideas of what men and women should be, do, and look like continue to live in the minds of many. But what does it even mean to be masculine or feminine? And more importantly, why are certain qualities and actions assigned to each?

This is a line of thinking that's the basis of many non-binary people's identities: things from clothes to toys to nail polish are just that: things. They inherently have no gender attached to them. Many LGBTQ+ people, myself included, proudly think this way, but when it comes to finding a partner, a lot of people still subconsciously align their dating and sexual preferences with the dated ideas of how people should look and act.

Being a queer person comes with the unspoken rule that discrimination will find its way to you, but no one tells you that some of the worst of it can be from your own community, in your own spaces. Trans and non-binary people face this discrimination in every aspect, but especially in the arena of dating, where it stings especially hard. There've been times in the past where I felt I needed to change (for me, that usually means growing out facial hair and not wearing makeup) as a way of appearing more attractive to people I was involved with. My dating prospects increased, but all it did was make me feel uglier and less like myself.

The obvious solution for someone like me looking for a partner may be to scrap the Fenty highlighter and floral skirt altogether, but as someone wise once said, "Ain't nobody got time for that!" Life is short, and the lives of trans and gender-variant people are typically even shorter. I shouldn't have to change who I am and how I present myself in order to find love (or lust). The problem isn't me, but the internalized phobias that some people still carry.

I've made the conscious decision to always wear and do what feels most natural to me, because I'm not at all ashamed of who I am. When it comes to dating, I've learned to fully embrace my non-conforming presentation and identity as a useful filter rather than a detriment. Those who are able to see me for everything I am — acrylic nails and all — are those who are actually worth it for me.

Identity
For Trans People, What Does the "Perfect Body" Really Mean?
by Devon Preston 9 hours ago