The ongoing coronavirus pandemic has brought a wrecking ball to so many businesses, including the nightlife scene across the world. The queer community has lost the ability to congregate in solidarity in LGBTQ+ safe spaces, and drag artists have been forced out of clubs and onto digital platforms. POPSUGAR spoke with four Boston-based drag artists on the challenges they've faced during this unprecedented time, how they're coping and still working, and the contradictions of doing drag in 2020. 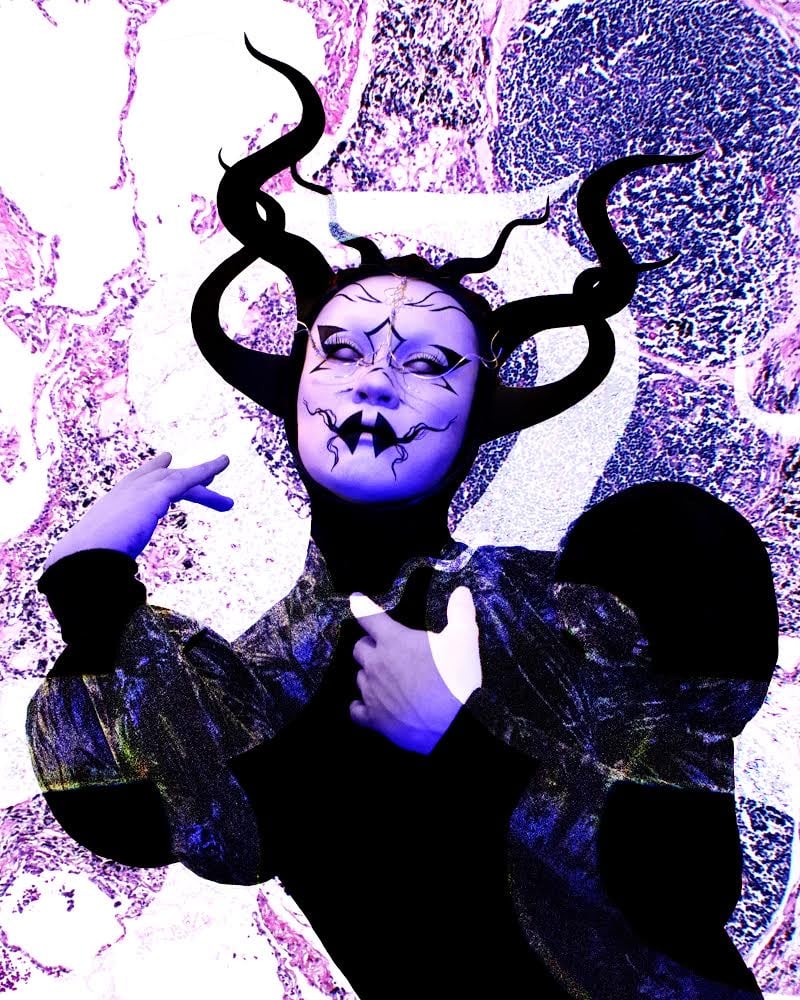 As the COVID-19 lockdown approached Boston, the sad reality of what was to come loomed over Akira Oni's final nightclub show. "It was pretty terrifying," they recalled. "Everybody was talking about it like it could be our last source of income for a long time. Digital drag wasn't a concept yet."

With clubs closed indefinitely, Akira was forced to quickly adapt their distinctive multisensory performances to an online platform, and Akira's success early on in the pandemic took them by surprise: "It started with Instagram Live, and then we had a Twitch show called Bedroom Queens. I was shocked we got that much support. Bedroom Queens was mentioned in an article in The Cut, and we were getting featured as must-see digital drag shows."

As the summer has continued, though, Akira emphasized that many drag artists are still struggling. For Akira specifically, capturing the intricate detail of their drag for a virtual audience has been a challenge for them and their partner. "Most of the money has dried up. People are not tipping anymore," Akira said. "In quarantine, it's been 10,000 times harder to do drag. There's a whole filming and editing aspect, and then because it's quarantine, there's more pressure."

Though many in the drag community are facing uncertain futures, Akira did note that they appreciate the ability of digital drag to reach wider audiences. They also expressed hope that this inclusion can build understanding across the drag community postpandemic. "A lot of people who are disabled have been able to view drag live for the first time, as nightclubs are notoriously nonaccessible," they said. "I'm hoping we can carry that forward with us. I feel there's more of a togetherness now." 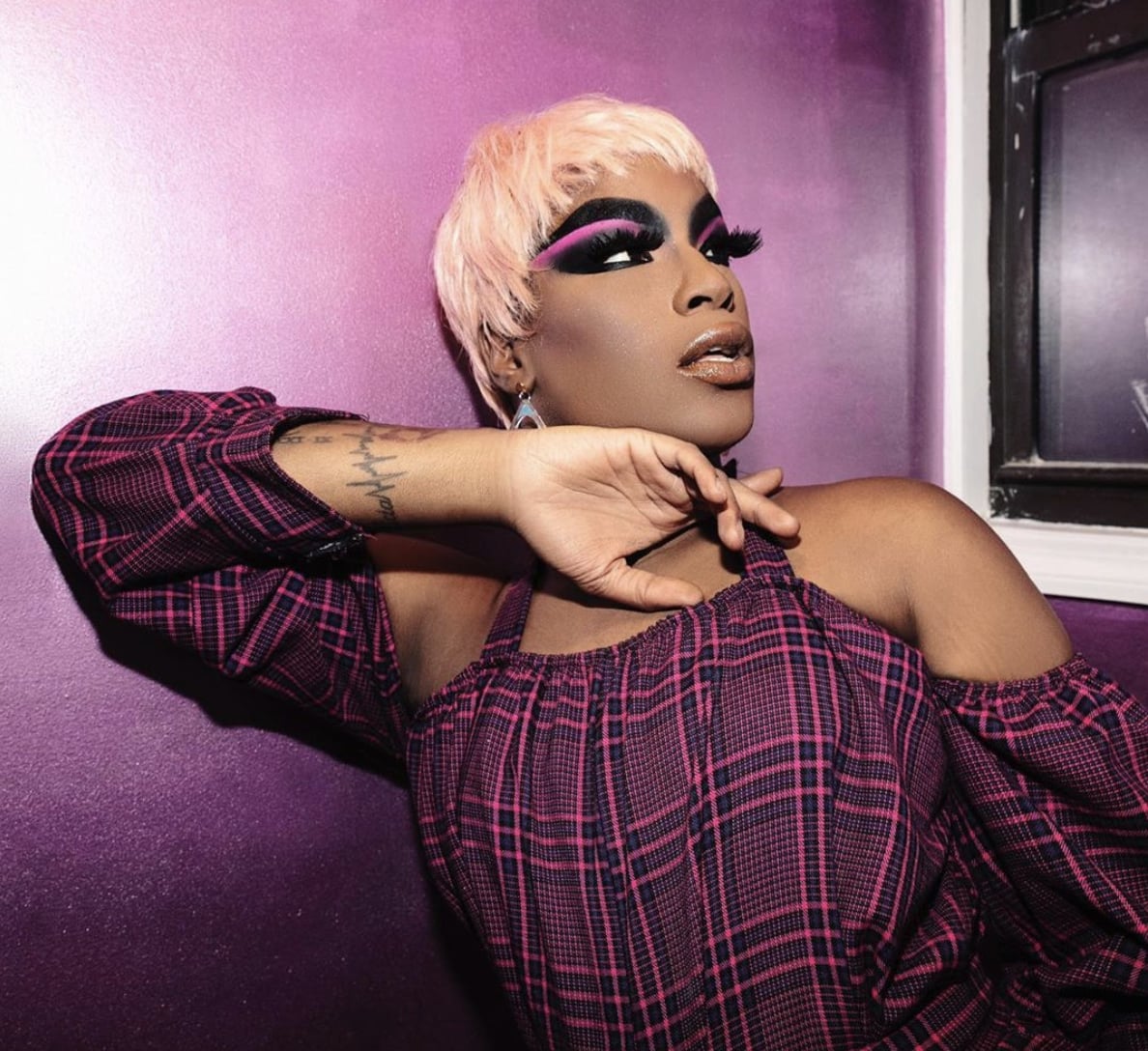 For Neon Calypso, the past few months have been a time of contemplation on the relationship between drag and the social landscape behind it. After the drag scene went digital in the spring, she found herself free of restrictions the nightlife scene had previously placed on her drag. "Oftentimes as a Black performer, I'm policed [on] the content and the language that I use," Neon explained. "I like having a digital platform. I don't have a manager telling me what I can and cannot do."

As images of Black Americans subject to racist violence continued to go viral over the spring, Neon grew frustrated by many in the Boston queer community's armchair activism. From her perspective, the cycle of queer culture borrowing from Black artists but failing to show real solidarity has continued: "Businesses and managers are policing Black performers and then screaming 'Black Lives Matter,'" Neon noted. "They don't actually care about the Black lives that make their business successful."

Neon hopes the current moment helps break down exclusionary conceptions of what drag is. She also looks forward to Black creators' innovations being celebrated on their own terms: "Before digital drag, people had said, 'Oh, you're just a bedroom queen, you do your makeup in your room and pose,' but that's what everyone had to become," she said. "There are Black entertainers that are doing music-video-level editing — queens like Mystique Summers and Jasmine Masters have been digital in this industry and don't get that recognition." 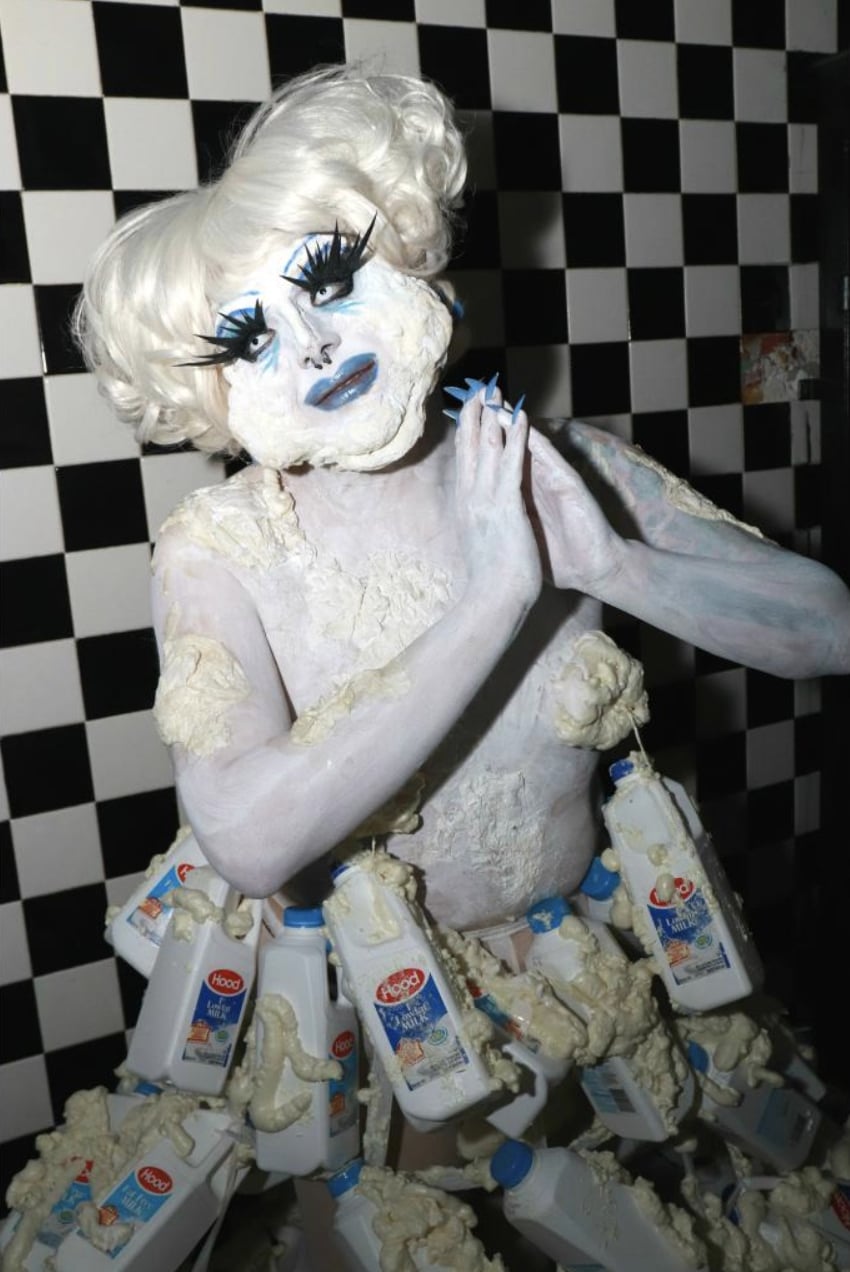 Boulet Brothers' Dragula alum Violencia Exclamation Point has used the new medium of digital drag to concoct new ways to bring shock and awe to the Boston drag scene. Pointing to a number she recently produced, Violencia emphasized the new artistic possibilities the digital drag platform has created. "Belle Awesome and I are doing this number that's all about coffee enemas. On stage, if we were to do that, it would just look like it's falling all over the ground," she said.

As the drag scene has pivoted to virtual shows, Violencia has hailed the plethora of new connections between drag artists who would not have otherwise met. "I've met so many new people that aren't in my local scene from all around the world," she said. "I see them in the chat and see their performances, and after I'll ask them to be in my show, and sometimes they'll host a show or ask me to be in their show. It's all about networking."

With drag growing more fluid and interconnected, Violencia posits that the concept of drag as live entertainment could be permanently upended. "I would do these numbers on stage for maybe 45, 50 people, however many were in that room at the time," she pointed out. "It's kind of interesting . . . now these videos are immortalized; they're out there forever."

Violencia is the cohost of Serve Mondays, a weekly show every Monday at 8:45 p.m. that you can watch here. 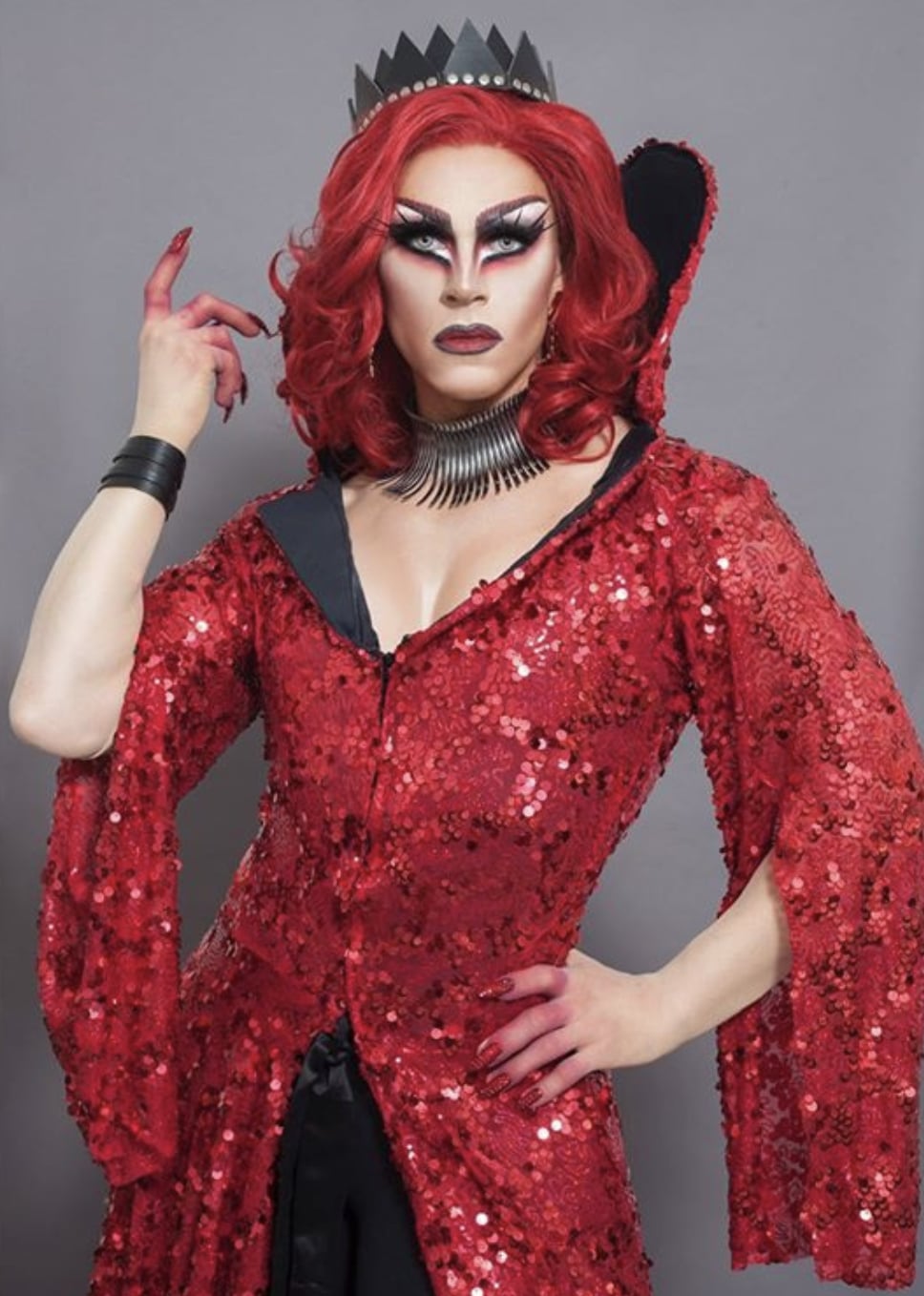 The racism and public health crises of 2020 have reminded Majenta of drag's importance as a community both for its artists and for queer solidarity at large. When clubs began closing, her first thought was for the livelihoods of her fellow drag artists. "At first, I was hugely concerned because there are so many people in the drag scene who either rely on it for income or work in related areas, like servers, bartenders, producers, etc.," Majenta explained. "My thought process ever since then has been, 'How can I keep drag going as an art form?' to make sure people are just living."

With the help of a friend, she created supportdrag.com, a directory for drag artists whose income streams have been upended. When protests against racist violence began spreading across the US, Majenta felt compelled as an artist to take action. "You have to be political now. If you're not speaking up, if you're not active, you're maintaining the status quo," she opined.

Accordingly, Majenta has helped organize a number of charitable shows, which have raised over $12,000 to support Black organizers. Beyond monetary support, she stressed the importance of making space for Black creators: "My thought as a drag performer is to give a platform to those voices as much as I possibly can," she said. "I think a lot of artists are leading by example by celebrating the communities that need to be celebrated and calling out the sh*t that needs to be called out."

Looking ahead, Majenta is eager for the Boston drag scene to back up its pledges to respect its entertainers equitably. "One thing that was inspiring to see was how many people in drag were talking about the importance of ensuring that their shows were representing more diverse casts and holding venues accountable for being fair and treating performers equally," she noted. "When clubs reopen, artists are going to feel a lot more empowered to get their fair share and ensure that they're treated equally." 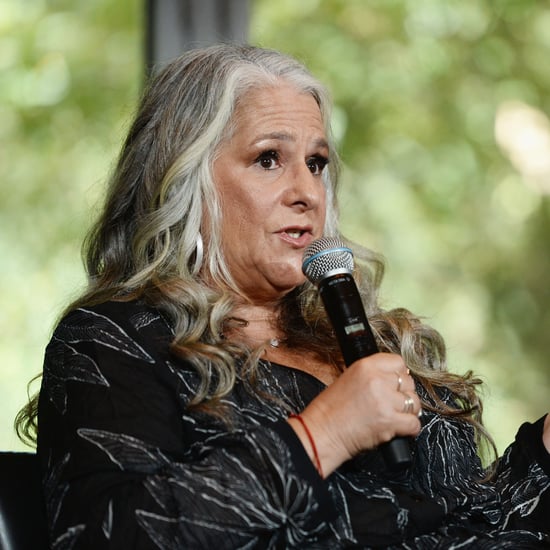