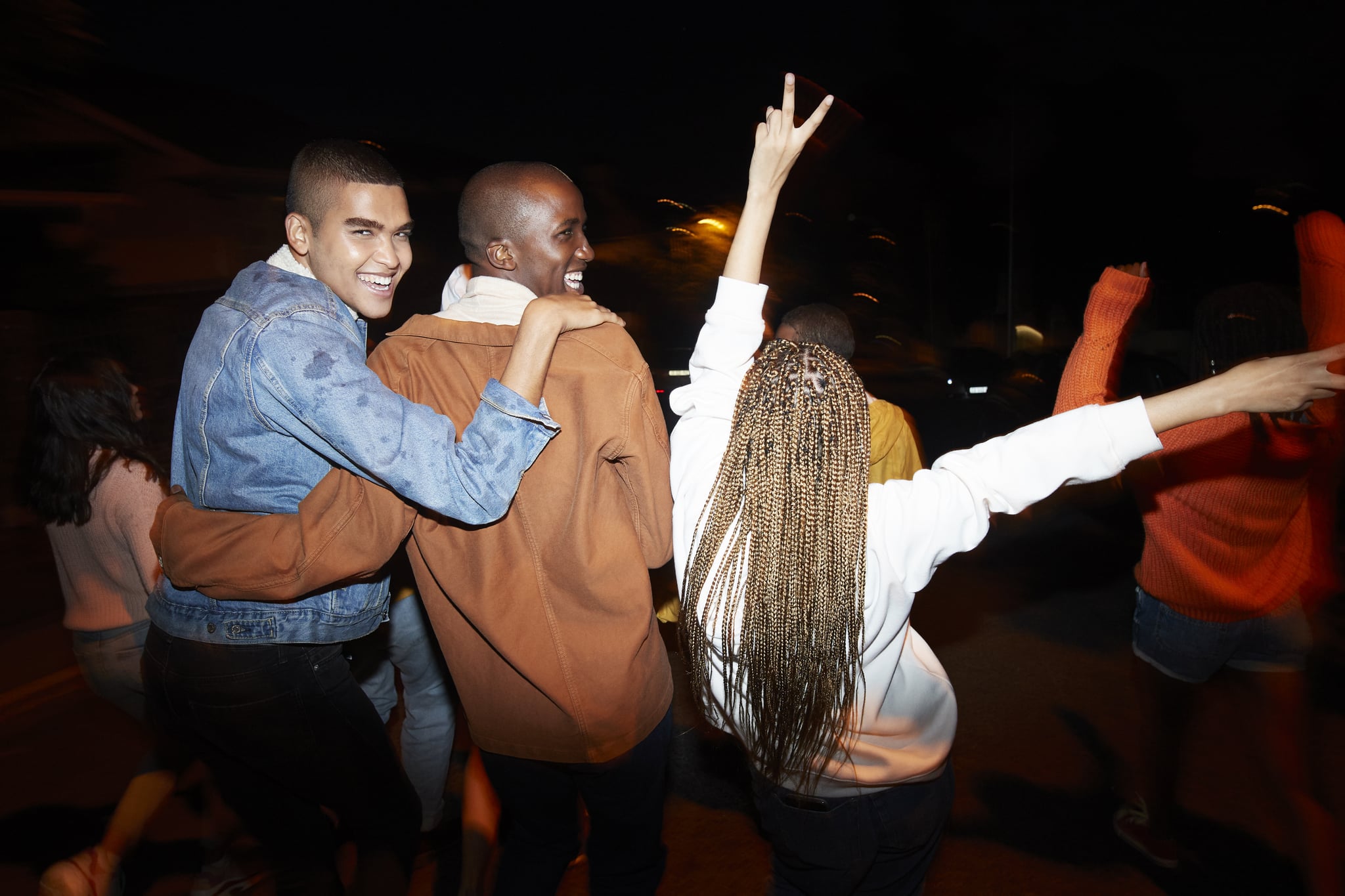 As a queer black Midwesterner, we learn to take what we can get. We don't beg. We can't riot. When we get our weekly fag-call from a truck on our way home, we say, "At least they didn't shoot me" and continue down the sidewalk hoping to avoid any other interactions. When the DJ inevitably plays "Gold Digger," and the white girl on the dance floor beside us says the N-word, we shrug it off. "At least she didn't say 'YAS QUEEN!' and try to get me to twerk with her friends." And so on. The point is, we make our own silver linings.

Now though, social distancing and all, those silver linings are hard to make out. It's easy to get consumed by the domino effect COVID-19's spread has caused and how all of us are directly affected. Many of us don't know how to pay for our homes, people are literally questioning where their next meals will come from and how they'll live, and kids are being barred from hands-on learning. It feels like our country's capitalistic demise was bound to happen. How the world would react and respond, though, is not something that we could really gauge. What do we do when our everyday lives are put on pause? Well . . . the queers dance.

I first came across Club Quarantine via a mutual friend's Instagram story around two weeks ago. The name sounded interesting enough for me to tap on their page. "Online queer party. every night of the quarantine," it says in their bio. Every night? Of this (at the time) month-long lockdown? I was enticed.

Within minutes, I was feeling my oats, sashaying alone in my small bedroom, which became my own personal dance floor.

Nightlife has always been an essential part of queer camaraderie. A night out at a bar or a club is a break from the mundanity of part-time jobs and weekly routines, but for queer people, nightlife has been a haven. Since the 17th century, gay bars and other queer spaces have been raided by government demand or resistance from heterosexuals. Even though we are not past societal and bigoted crimes, the nightlife scene has progressed with more unity and acceptance. While the need for strictly sober spaces remains important, many queer people have found a haven (and a paycheck) in the nightlife scene such as DJ's, drag performers, and so on.

I've only ever gone to two gay bars, and that's because they were right beside each other, so the walk was simple. My friends and I, though, stuck in our college town in Indiana, are left with few options: make the 45-minute trek to Indianapolis in hopes of dancing to Beyoncé and maybe dance on a boy or two, or go to the very straight and very white college bar down the street. It's not a perfect place, but it's the only place near our college campus that plays somewhat danceable music, so losing that sliver of amnesty was painful. The music shut off and the world went home and a piece of my queerhood went with it.

So when the opportunity to take a break from Tinder swiping at home came, I was fully prepared. That night I downloaded Zoom, unearthed my abandoned party clothes, poured a glass of wine, and was sucked into Club Quarantine. At first, I felt like I was in that bad horror movie where the characters are just on a group FaceTime the whole film, except instead of scared teens and a ghostly murderer it was guys dancing in front of a Jojo Siwa green screen. It was a lot to cyber-walk into, but I persisted.

And after all, it was a party, and I was no quitter. Drinks were flowing. Asses were shaking. People were cheering to the camera. Outfits were turned out. Blunts were being passed. Everyone was truly acting a fool. Within minutes, I was feeling my oats, sashaying alone in my small bedroom, which became my own personal dance floor. But this was different than my normal Friday night experiences. Obviously, I was watching a bunch of strangers dance on the internet.

But by now, we all know the transcendent powers of technology. I was with these people. I saw people in drag and nonbinary people in a space where they were celebrated. I heard music that I recognized and actually enjoyed. I saw other black people smile and not feel like othered. I wasn't being gawked at by my peers for moving my body how I wanted. I didn't feel just "good enough." Unlike my physical reality, this was a virtual place where my queerhood and my blackness could be put on display to be recognized and seen. I was able to participate in a side of my identity that's not available to me under normal circumstances.

I was on the Zoom call for hours, as my already loose sense of time had left me completely. At some point after midnight, I passed out. I woke up to my ears still ringing and my limbs worn out. Over scrambled eggs and coffee, I went through Club Quarantine's Instagram stories where they shared videos that they were tagged in by partygoers. Sitting there, soberly reliving all the craziness that was the night before, I strangely felt like a piece of normalcy had come back into my own world. Since then, the page has gained thousands of followers and has hosted multiple fundraising events for LGBTQ+ organizations and performers. Though the world is not ideal, this is where we are right now. We are still finding joy, and this is a silver lining I will gladly accept.