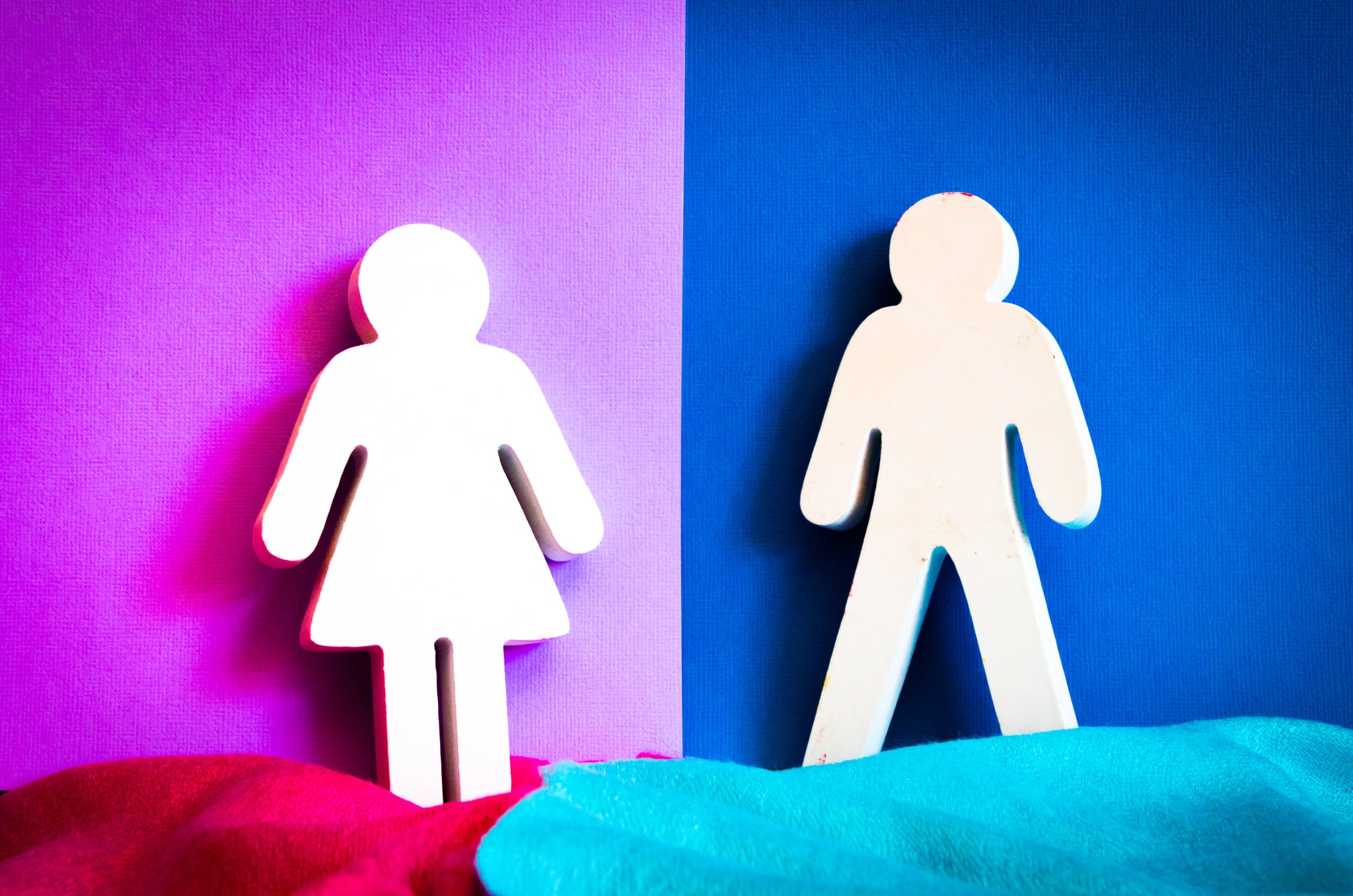 Imagine you're filling out some paperwork that asks you to specify your gender. Traditionally, such a form would have two options: male or female. Since society is making progress toward accepting nonbinary identities, there may now be a third option: "Other." But this category doesn't truly cover everybody else. Agender people don't have a nontraditional gender identity: instead, they often identify as having no gender at all. While genderfluid, bigender, two-spirit, and other folks may select the "Other" category, a better option for agender people would be "Not Applicable."

"My whole life I really struggled to identify with the concept of gender as a whole," Serena Epstein, an agender illustrator from the San Francisco area who uses she/her pronouns, told POPSUGAR. "I've always been very keenly aware that no matter how I dress I was always perceived as very feminine by others, and just the thought of that made me really uncomfortable and I couldn't identify why." This discomfort, she recalled, was what led her to do more research into nonbinary identities.

In recent years, society has taken huge steps toward realizing that traditional ideas of "male" and "female" aren't as simple as we once thought they were. While "sex" often refers to a person's body parts, "gender" is a social role that we're assigned to play from birth based on those body parts — but it's a role that doesn't fit everyone. Breaking free of their assigned gender can be a life-changing experience for many agender people.

"When I started using they/them pronouns, I experienced a huge amount of gender euphoria and realized that all I wanted to be was a person," Indigo, an agender musician who asked to be identified in this piece only by their first name, told POPSUGAR. Epstein had a similar experience, saying, "Now that I identify as agender, it doesn't matter to me how people perceive me from the outside." She described feeling almost immediate comfort with the agender label, solidifying her certainty that this identity is right for her.

While many are still becoming familiar with the term, agender people are finally gaining more recognition and legitimacy. In 2017, a judge in Portland, OR, granted an official agender title to an agender person. The trailblazer, who goes by Patch, is likely the first person in the US to have their agender status legally recognized — but certainly won't be the last. There's also a growing movement in many states to add a third gender option, "X," to official forms and documents. This option indicates an unspecified gender rather than a nonbinary one, meaning it may suit many agender individuals.

I'm Pansexual, and Here's What I Want You to Know

Despite this growing awareness, however, agender people still face challenges in publicly declaring their identities. "I get misgendered at least 10 times a day when I'm out in public," said Indigo. "It can be terrifying to correct people because you genuinely never know when someone is going to be hostile to you once you out yourself. Being misgendered takes a huge mental toll and it's nearly impossible for agender people to exist as themselves." This is largely due to the ingrained notions that many people still have about how others "should" look, dress, or identify. Epstein hopes that these notions will lose relevance in the future. "I just want people to look at people and think 'that's a person,' not 'that's a woman' or 'that's a man,'" she said.

Indigo added that cisgender people can play a significant role in helping nonbinary folks achieve acceptance. "Cis allies have to start using gender-neutral language in all aspects of their lives," they explained. "This is who I am, and I wish that the world would realize that it's so much easier to love and accept nonbinary people than it is to bury them."

For those who are still trying to figure out their gender or lack thereof, there are some great online resources to learn more about the community. Neutrois, the National Center For Transgender Equality, and other reading materials written by agender individuals are all great places to start. All identities are valid and worth celebrating. No gender? No problem.

Tommy Dorfman
Tommy Dorfman on Transitioning After "13 Reasons Why": "It Delayed Some of My Growth"
by Njera Perkins 1 hour ago