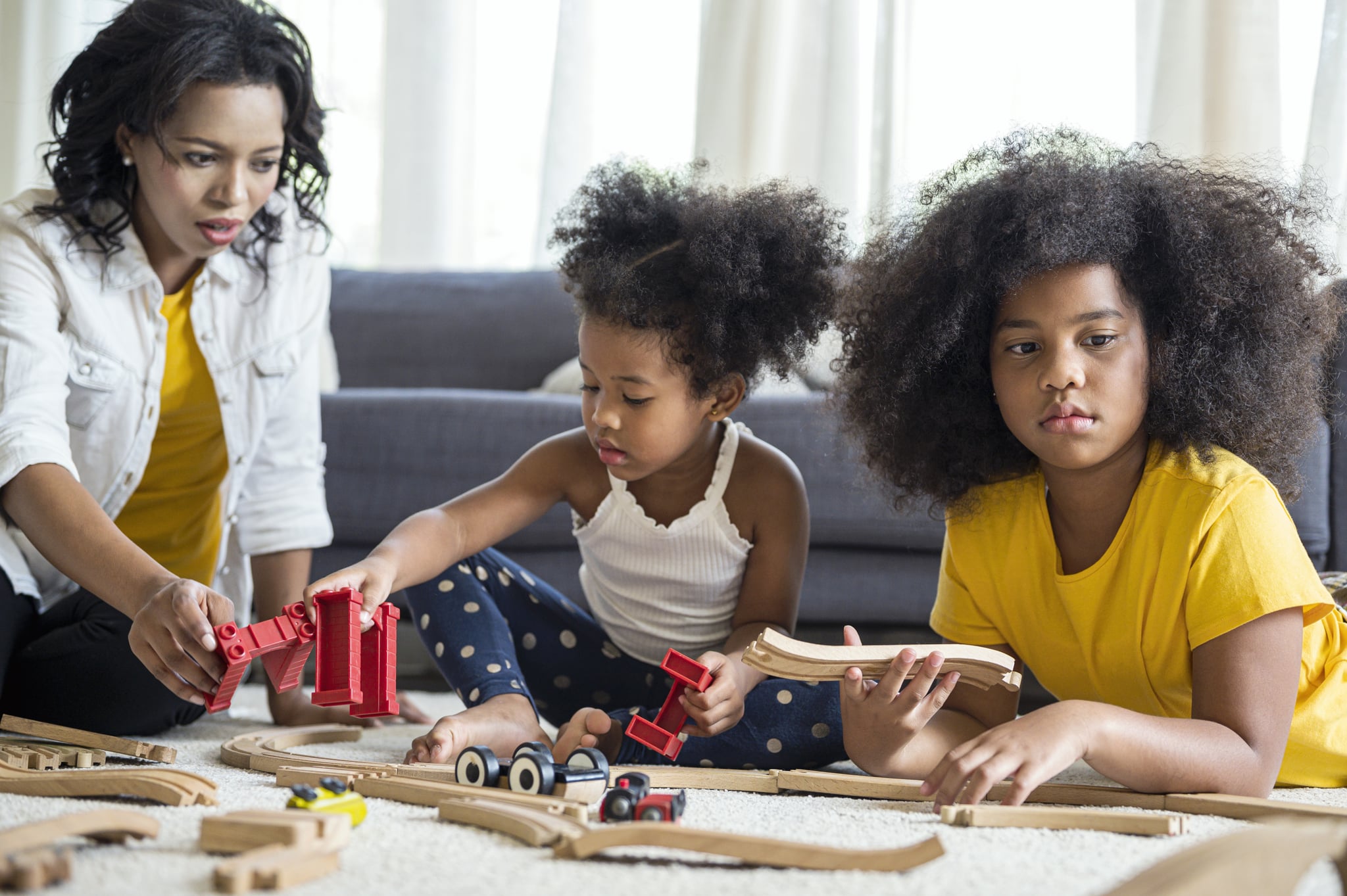 Since my kids were toddlers and preschoolers, my husband and I have tried very hard to raise them without gender stereotypes. We've read them books like I Am Jazz, Made by Raffi, Ballerino Nate, and more and had many honest conversations to explain why gender stereotypes shouldn't even exist and how damaging they can be. Further, my husband and I have had to have the tough conversations with our extended family, some of whom can't seem to understand why this is important. We've had to tell them to avoid joking with our son, for example, about wearing the color pink or dancing or our daughter not being allowed to burp or fart freely — because "boys shouldn't do that" or "that's not OK for girls." And while all of this has made an impact on our children (we hope), as they've gotten older, we've noticed that our society's collective reliance on gender stereotypes has the most negative influence on them.

Since my children started school, they've come home with language that we've strictly taught against. It's disheartening, to say the least. For example, we recently took the kids to see Frozen 2, and our whole family loved it, even my son. But after just one day back to school after the holiday break, other messages had already crept into my second-grader's mind. I was cooking dinner at the stove while my daughter colored a Frozen coloring book and my son completed homework sitting next to her. Out of nowhere, I heard my son mumble that Frozen 2 was a "dumb girl movie." My shoulders scrunched up, and I let out a big sigh.

Related:
Some Parents Are Starting to Raise Gender-Neutral Children, and Yes, the Movement Is Picking Up Speed

I thought about putting the conversation on hold (because dinner doesn't cook itself), but I put the meal on simmer instead. I gently reminded my son that he adored that movie just yesterday. Then I asked him where he had heard that Frozen 2 was only a girl movie. He said a couple of his buddies at school were joking about it during recess because their sisters loved it so much. I reminded him about how wrong it is to gender stereotype and that there is no such thing as "girl movies" or "boy movies." Children, and all humans regardless of their age, can enjoy whatever movie they want. Gender has no control over what a person likes or dislikes.

And society's idea of what's right and wrong doesn't just trickle into your home from school — it comes from everywhere. The kids and I were shopping for a child's birthday party just the other day, for a little girl who loves Star Wars. After a lot of deliberation, we picked out a Star Wars Lego set (not with Rey, but with Darth Vader). At the checkout line, the cashier said, "Oh, a little boy is going to LOVE this!" I subtly corrected her, and she graciously apologized. She didn't mean it, after all. But my kids were standing there, listening intently as the whole thing played out. If I hadn't corrected her, I would've been sending very confusing messages.

Raising children without falling into gender stereotypes can feel both exhausting and defeating at times. You put all of this work into breaking those old-school "norms," then society makes you take two giant steps back. It's a fight I am willing to make for my children and their future, but it never ceases to surprise me how far we still have to go and how backward society can seem even now. My hope is that the more conversations we have together as a family, the more my children will learn. And that when my kids are a little bit older, they'll be the ones sending ideas about what's right and wrong into society — and not the other way around.