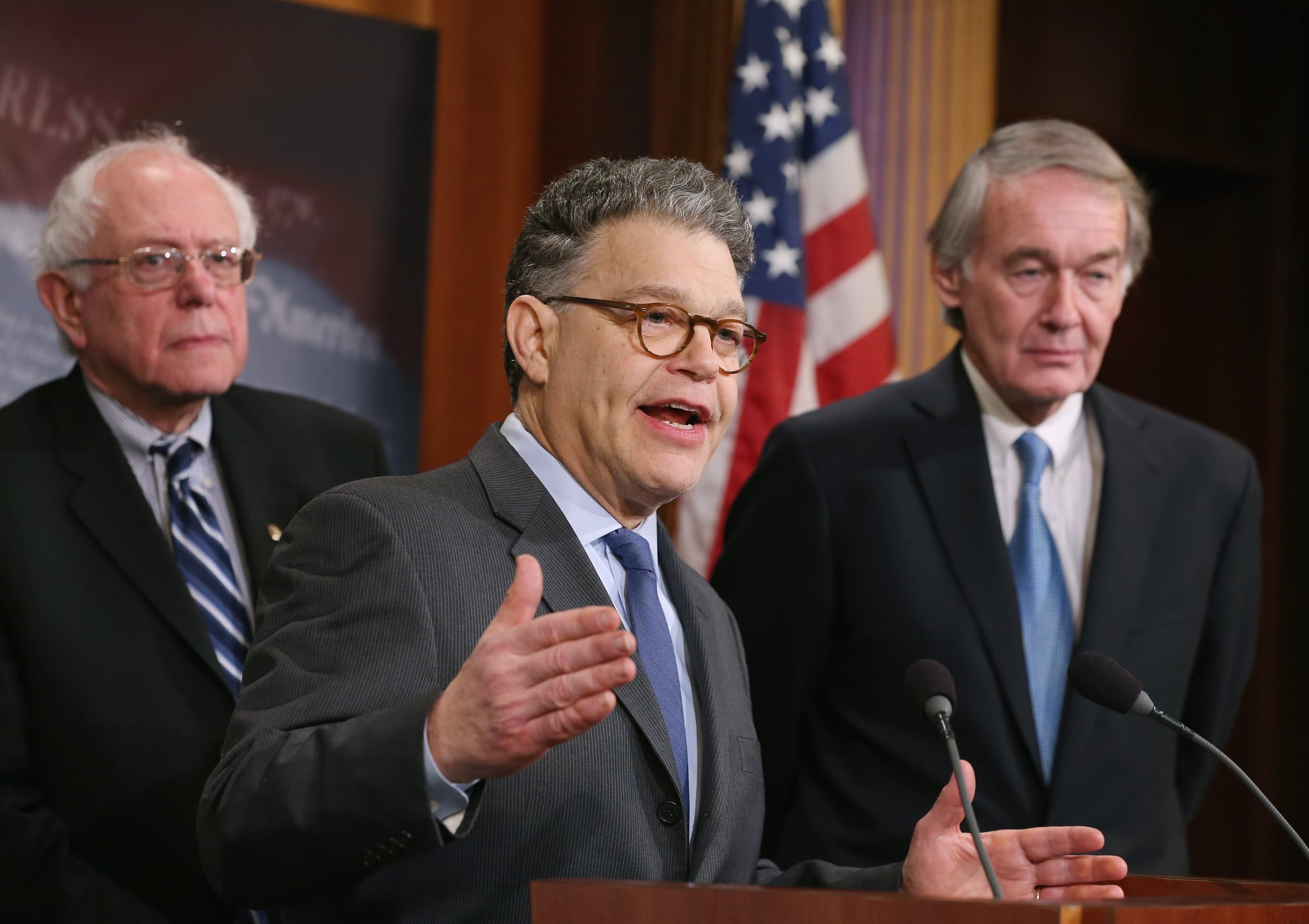 ICYMI, there has been quite the commotion surrounding Betsy DeVos, Donald Trump's pick for secretary of education. Despite her train wreck of a Senate hearing, DeVos was officially confirmed as our nation's education secretary, a position that many are now realizing she practically bought with her campaign donations to Republican senators.

Just prior to her confirmation, Democratic Senator Al Franken took the floor and challenged Republican senators with a series of tough yet necessary questions regarding the secretary of education nominee. He began his speech by asking, "If Mrs. DeVos's performance didn't convince you that she lacks the qualifications for this job, what would have to have happened in that hearing in order to convince you?" He continued by asking another direct question: "If you cannot bring yourself to vote against this nominee, is there anyone President Trump could nominate for any position that you could vote against?"

GOP senators, if you cannot bring yourself to vote #NoOnDeVos, is there anyone @POTUS could nom for any position who you could vote against? pic.twitter.com/76Tzan898b

Franken next focused on the importance of putting country before party preferences when it comes to votes as momentous as these, stating, "If we cannot set party loyalty aside long enough to perform the essential duty of vetting the president's nominees, what are we even doing here?" Franken offered a friendly reminder that senators are given the power to turn down a president's cabinet nominees so that they can "prevent fundamentally ill-equipped nominees like Betsy DeVos from assuming positions of power for which they are not qualified."

Before yielding the floor, the Minnesotan senator ended on an incredibly powerful note. "Let's do our job. For the sake of our children, let's do our job," he said. Despite his defeat (after which he called DeVos "the most incompetent cabinet-level nominee I have ever seen"), Franken's moving speech is still worth watching as a reminder of how democracy should work.

Food News
Why Are TikTokers Peeling Raw Eggs, and Why Can't I Stop Watching Them Do It?
by Theresa Massony 3 weeks ago