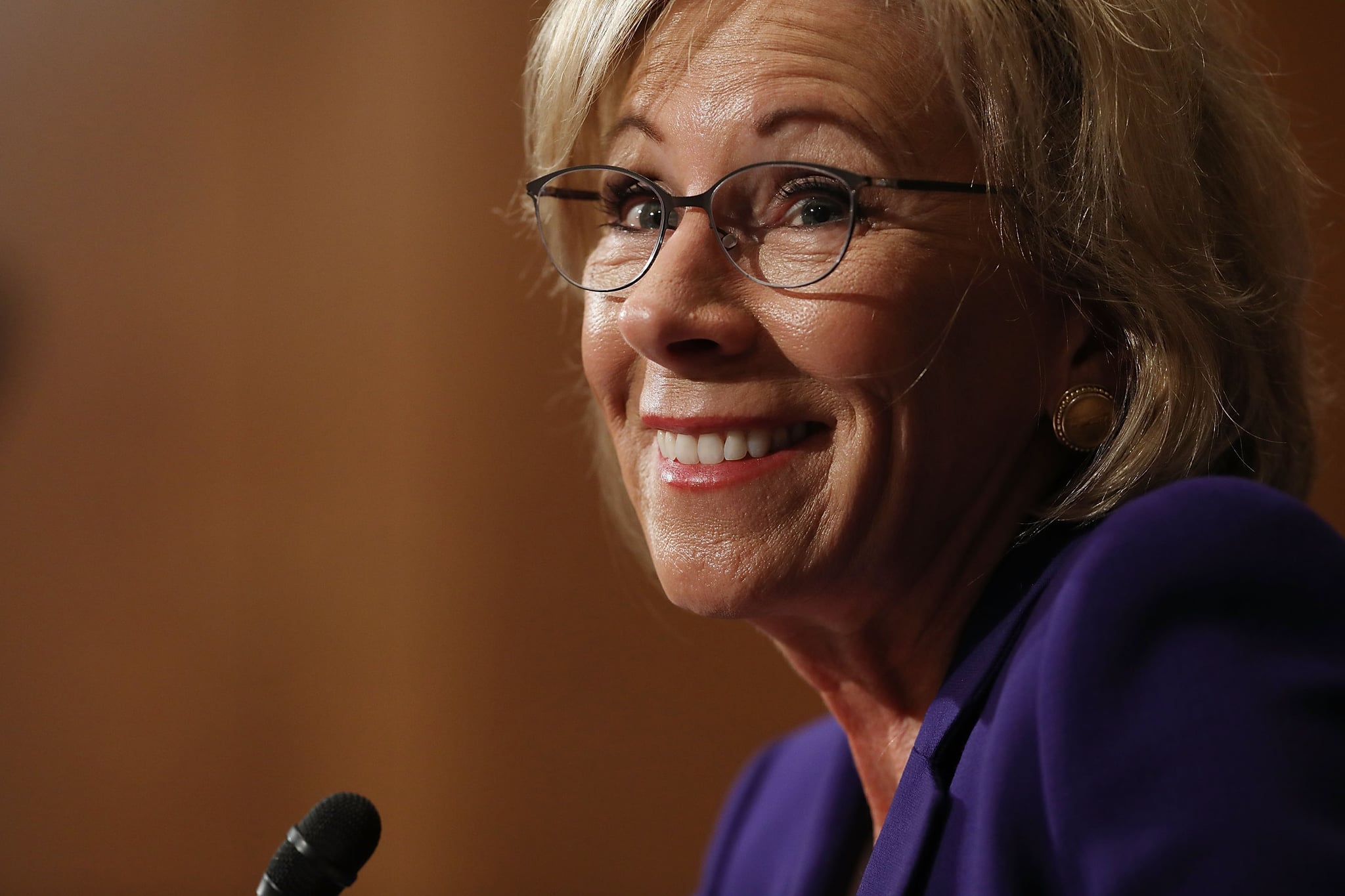 Betsy DeVos, billionaire Republican donor, pretty much just bought a position in the highest tiers of American government. Following a shockingly poor Senate education committee hearing performance, DeVos's confirmation was vehemently opposed by Democrats and two Republicans. An effort to sway another Republican during an all-night session in which the Democrats commandeered the floor was unsuccessful, and DeVos was confirmed in February by Vice President Mike Pence, who had to break a tie vote.

While Republicans rarely break rank and vote against their party, Democrats had an especially difficult time convincing their Republican counterparts to vote against her, likely for one simple reason: the DeVos family has donated thousands of dollars to sitting Republican senators.

The Federal Election Commission requires the full disclosure of campaign donations, and, as is apparent from this list, DeVos donated to at least 23 senators' reelection campaigns — including Senate Majority Leader Mitch McConnell. It prompts the question: had DeVos not consistently distributed her wealth to Republican officials, would she have been confirmed?

DeVos has never worked in a public school, never sent a child to public school, and never attended public school herself — and now she'll impact the system on a national level. DeVos has also long championed charter schools as an alternative to public schools, suggesting the entire system might change dramatically under her direction. After her disastrous committee hearing, she allegedly copied written answers from an Obama administration website that she submitted to defend her qualifications. If that's not unqualified, what would it take for Republican senators to consider her an "incompetent" cabinet appointment?

by Eden Arielle Gordon 44 minutes ago