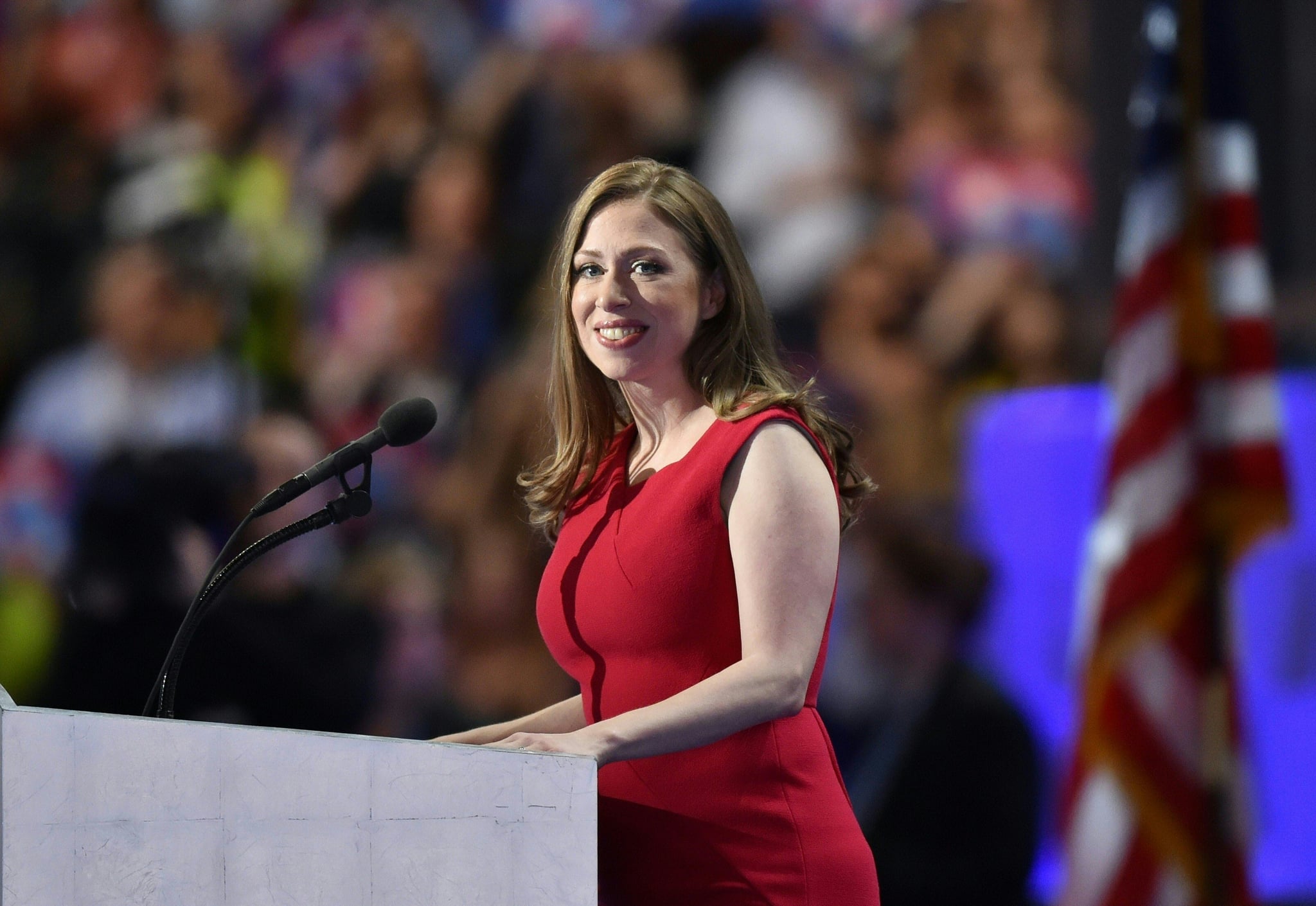 Chelsea Clinton introduced her mother, Hillary Clinton, at the DNC tonight. We've heard Hillary's achievements from President Obama, Michelle Obama, and Bill, but Chelsea's speech offered a glimpse of her as a mother.

Chelsea shared a particularly sweet anecdote about the notes Hillary left her when she went on trips, but also how much her parents valued her opinion. "They expected me to have opinions and to be able to back them up with facts." She emphasized her mother's consistent fight for justice and lauded her mother's "fierce sense of justice and a heart full of love."

Most significantly, Chelsea promised that Hillary "never, ever forgets who she is fighting for." Through her daughter, Hillary seemed more human and relatable — rather than a distant politician.

.@ChelseaClinton: My mother "never, ever forgets who she's fighting for" https://t.co/mz60cUByxt #DemsinPhilly https://t.co/IaFY3DgJaL