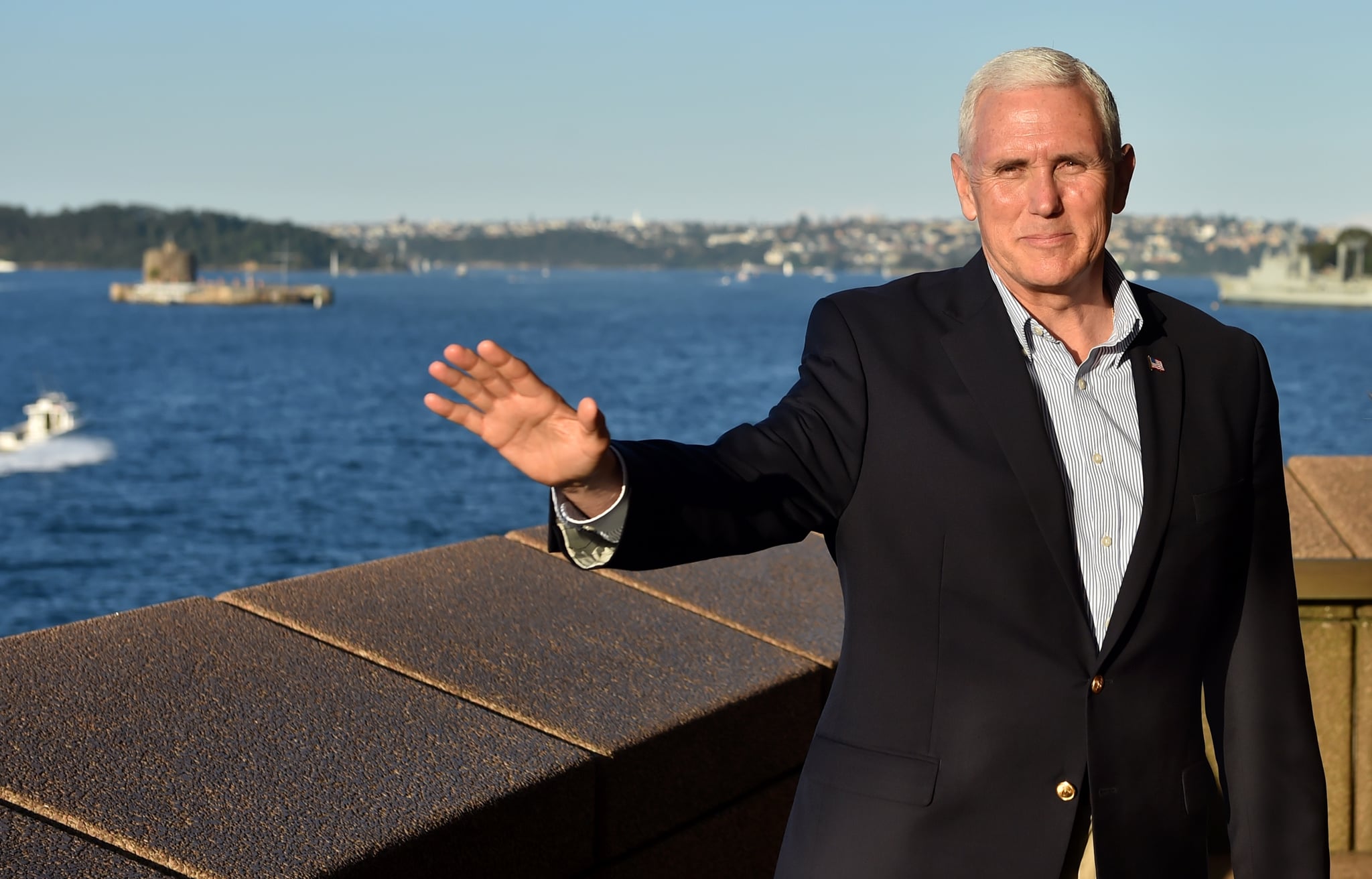 President Donald Trump may have failed to gain widespread support in his crusade against NFL athletes and officials conducting protests during the national anthem, but apparently the unpopular message is still one that the White House feels it needs to invest in — even if that means using American taxpayer money to further the cause. Case in point: Vice President Mike Pence racked up hundreds of thousands of dollars in expenses over Columbus Day weekend in the furtherance of what can only be called an obscenely lame publicity stunt at a Indianapolis Colts game.

Pence flew to Indiana on Oct. 8, where he was ostensibly supposed to attend a Colts home game during which the team was celebrating the career of Peyton Manning. Instead the veep chose to make a big stink, walking out almost immediately after several players chose to take a knee during the Star Spangled Banner. "I will not dignify any event that disrespects our soldiers, our flag, or our national anthem," Pence declared shortly thereafter.

Here's the thing: according to Trump, the whole damn thing was planned. That means that the several-minutes long publicity stunt was completely avoidable and occurred solely to make Trump feel like he wasn't alone in his ire. Pence, who was in Las Vegas for a memorial prayer walk to honor the victims of the Oct. 1 shooting, could have immediately taken a quick, cheap flight to Los Angeles to attend the GOP fundraiser, which was slated for his next event — but instead, he made the absurd eight-hour detour, which cost taxpayers almost $250,000.

The Trump administration can believe whatever it wants about the validity of conducting public protests, but you can sure as hell believe that taking a knee doesn't take a quarter of a million dollars out of the pockets of US citizens. And that's not even grazing the surface of the many, many things that they could've done with that cash — not least of which would be to provide additional aid to the struggling people of Puerto Rico.

Kellyanne Conway, who against all odds continues to serve as a counselor to the president, joined Fox & Friends on Oct. 9 to try and spin the public outcry about the ill-advised stunt, saying "To refer to someone who's standing up for the flag and all it represents to hundreds of millions of Americans and all it signals to the world, our veterans, our unity, the founding of our great nation — to call that a political stunt, is truly outrageous, egregious, and offensive."

Once again, this administration is hyperfocusing on issues that are irrelevant to 99.8 percent of Americans, instead of helping those who are recovering from natural disasters, those who have their healthcare hanging in the balance, or those who could face deportation at any moment. Instead of accepting that maybe they ought to set this ill-advised battle aside, Team Trump is choosing to go against those who don't approve of an unnecessary expenditure in the furtherance of messaging that goes directly against the First Amendment. And if nothing else, this should drive home just how important it is to exercise your right to protest — because who knows, at this rate that might be what the administration targets next.