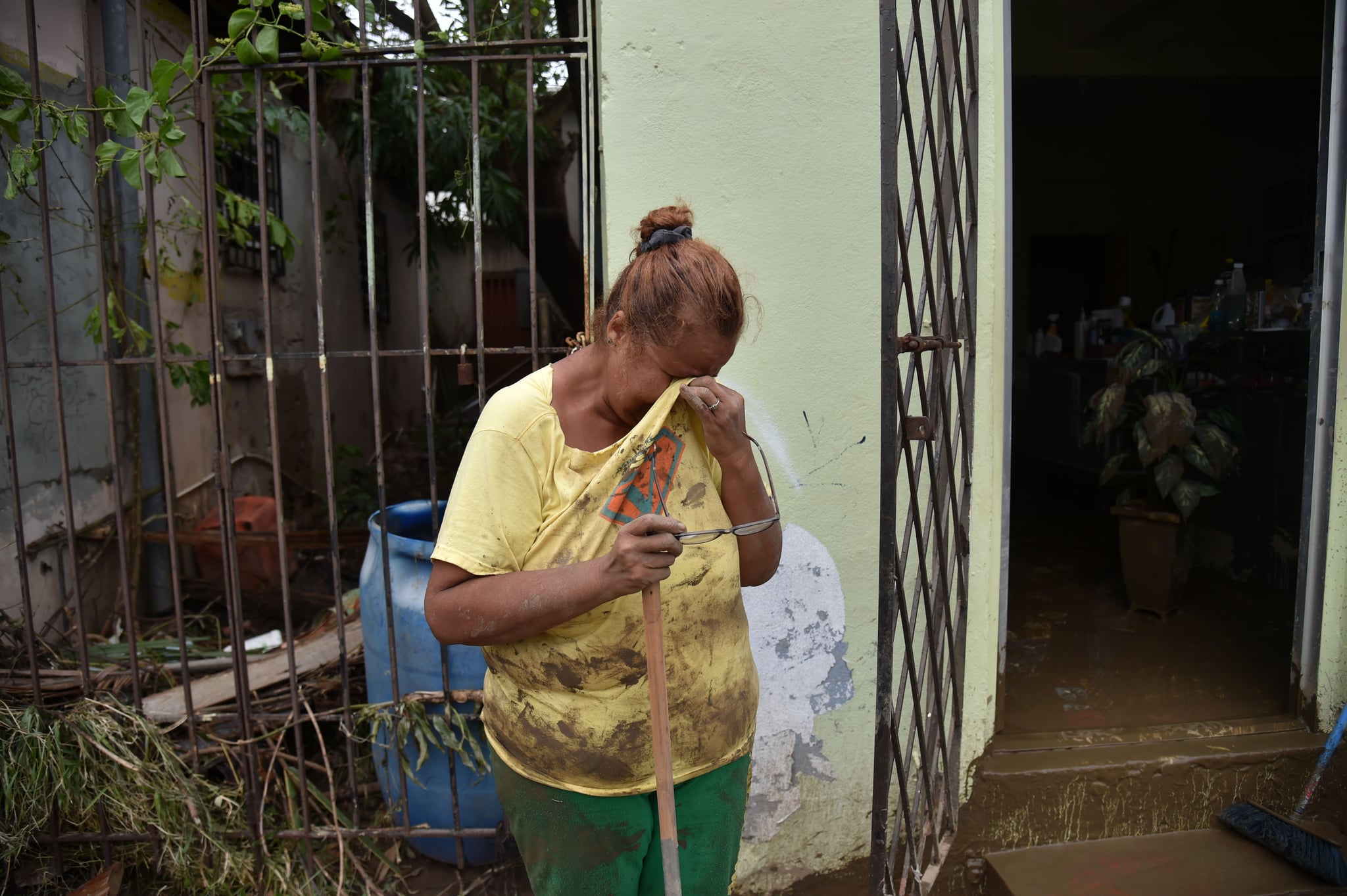 Before Puerto Rico could even begin to tackle repairing the damage caused by Hurricane Irma, the country was slammed with yet another catastrophic storm: Hurricane Maria. Making landfall on Sept. 20, the Category 4 storm knocked out power across the entire island and caused the Guajataca Dam to fail, leaving millions of Puerto Ricans — our fellow Americans — stranded in life-threatening conditions.

What parts of San Juan are like today, five days after #HurricaneMaria pummeled into Puerto Rico. No gas. No electricity. Water everywhere. pic.twitter.com/lJuMhJ35nM

Despite Puerto Rico's utter devastation, the American territory has found it incredibly difficult to secure the US government's attention and the fiscal aid necessary to begin the recovery process. The Puerto Rican governor's pleas for increased federal assistance have so far gone unanswered by President Donald Trump, who spent the past several days consumed with angrily tweeting about the NFL and without so much as a mention of Puerto Rico's suffering.

Though several public figures and all five living former US presidents have pledged donations, it seems our friends in Puerto Rico will desperately need individuals to offer a helping hand so they may begin to rebuild. Consider making a donation to any of the following charitable organizations to assist Puerto Rico and all those affected by Hurricane Maria's destruction.