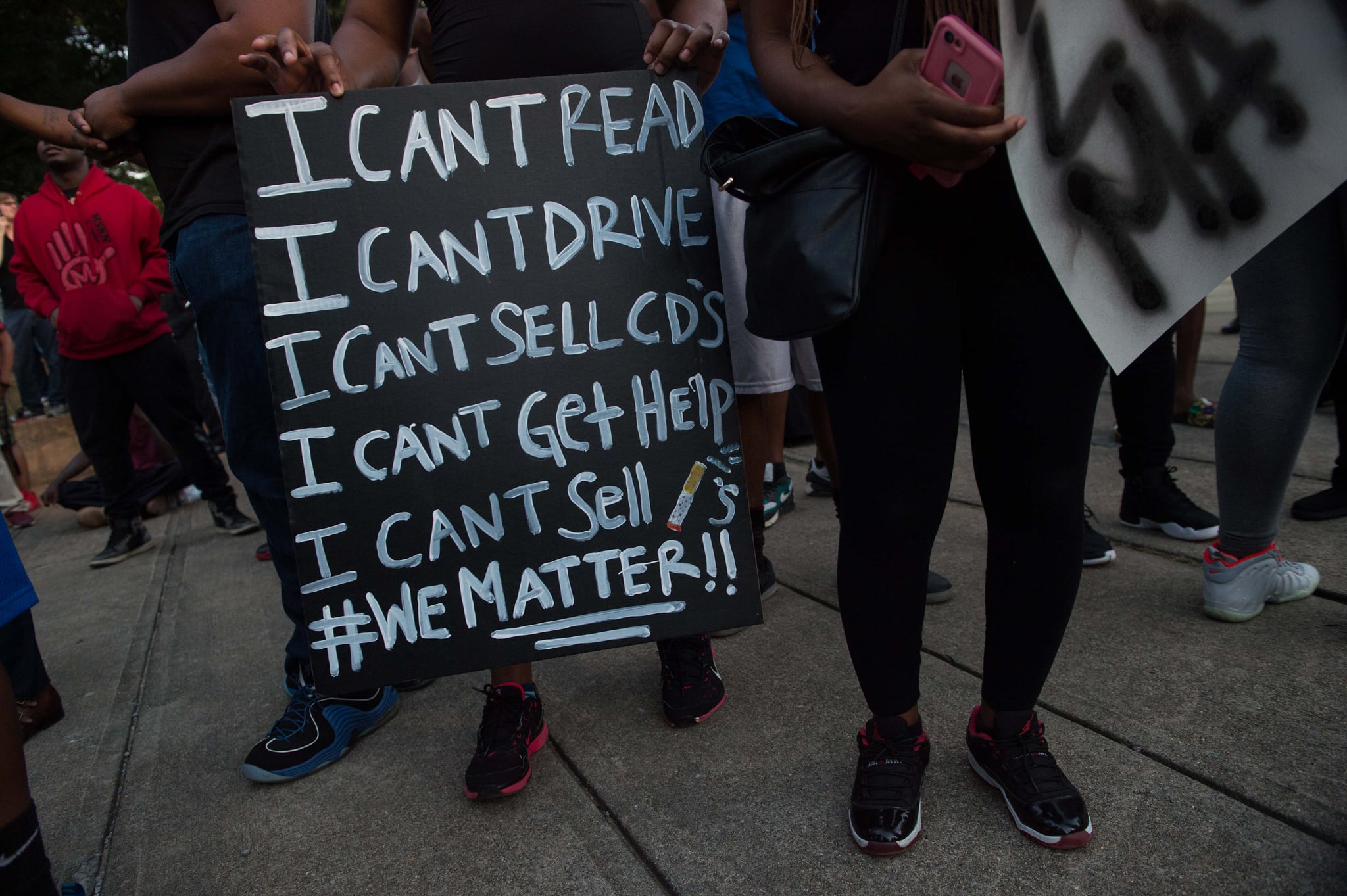 Protests in Charlotte, NC, intensified Wednesday evening, entering the second night of demonstrations over the death of a black man named Keith L. Scott. One particular sign at the rally captured by Getty photographer Nicholas Kamm exemplifies the dangers of being black in America, where merely living could cost your life. "I can't read. I can't drive. I can't sell CD's. I can't get help. I can't sell cigarettes," reads the sign, referring to all the reasons black men have been shot by police in America, such as when Alton Sterling was killed by police outside of a convenience store in July while selling CDs.

In what has been described as a night of chaos by The New York Times, protesters clashed with police who threw tear gas and fired plastic bullets. One demonstrator was shot and is presently on life support. Officially, the police reported the shooting was "civilian on civilian." However, The Charlotte Observer published a narrative of the shooting by a minister and witness, Steve Knight, who said, "It was an ambush. The victim was shot while he stood between two ministers, and we believe he was shot by police." North Carolina Governor Pat McCrory has mobilized the National Guard and declared a state of emergency.

Keith Scott was killed by police on Sept. 20, and there are conflicting reports from witnesses and police over why he was shot. Police say Scott was brandishing a weapon and threatening officers, while witnesses and family members say he was reading in his car as he waited for his child to return from school.