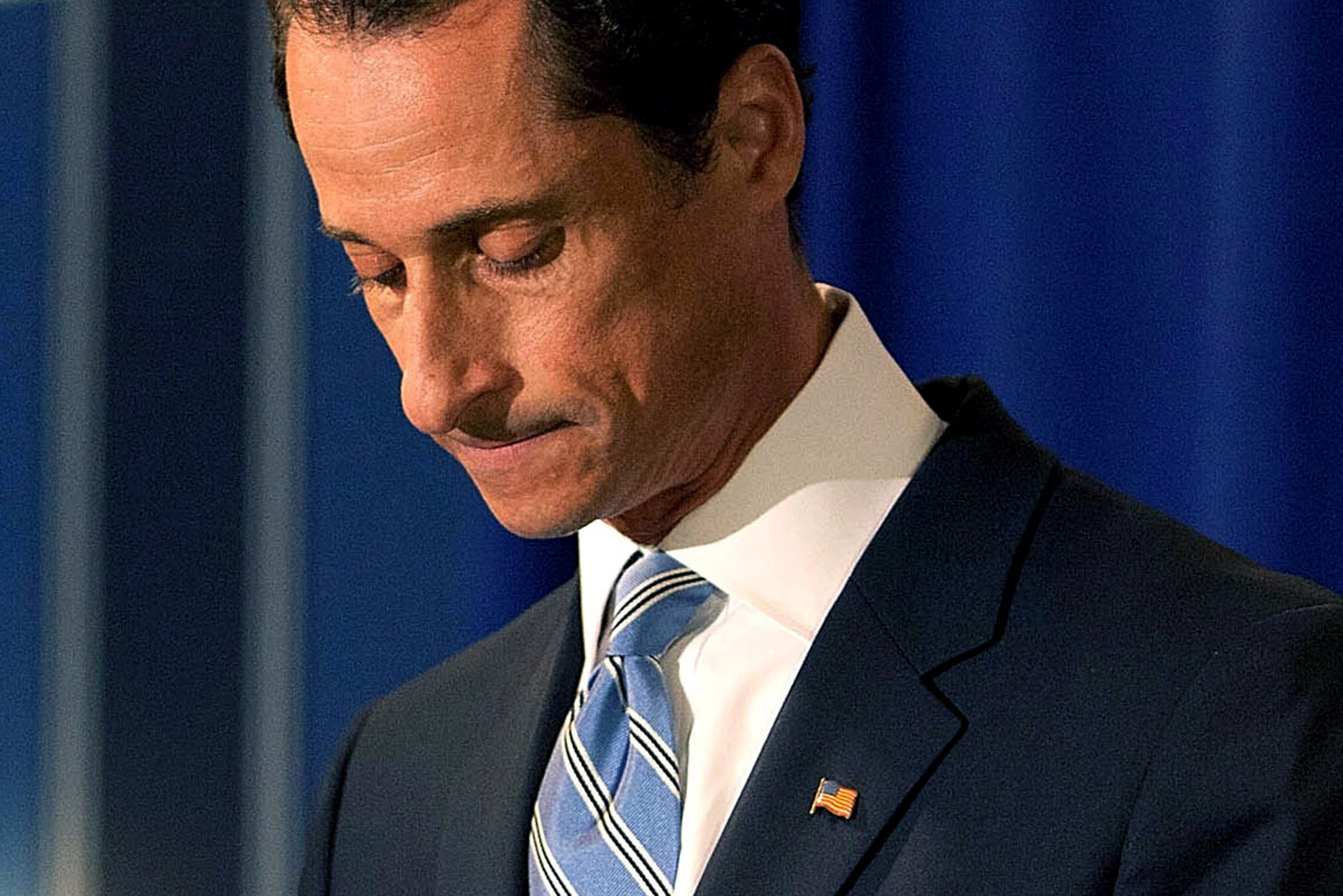 Anthony Weiner admits to sending a lewd photo to a woman on Twitter during a press conference in 2011.Image Source: Getty / Andrew Burton

He's back at it again. Disgraced former Congressman Anthony Weiner is making headlines once more after the FBI opened a new investigation related to Hillary Clinton's private email server. Those emails were found after the FBI seized devices belonging to Weiner and his estranged wife, Clinton aide Huma Abedin, according to The New York Times. Naturally, the internet is blowing up with enough tweets and commentary about the scandal to make his name trend on Twitter. Check out some of the winners:

Anthony Weiner coming back into the 2016 election narrative like pic.twitter.com/evdwqG6Sif

Anthony Weiner is the guy in horror movies who, no matter how many times he gets stabbed, just keeps coming back.

The two oddest and unexpected players in this campaign: Anthony Weiner and Billy Bush. Go figure

Hey Anthony Weiner, for right price, Castro still offering U.S. fugitives safe-harbor in Cuba. You may want to look into it, dude.

Has any scandal ever had as many plot twists as Anthony Weiner's?

They're gonna have to keep making Anthony Weiner documentaries every couple years like the "Up" series.

Anthony Weiner, the gift that keeps on giving!! in the sense that Pandora's Box was a gift that kept on giving

Time is a flat circle, back to Anthony Weiner