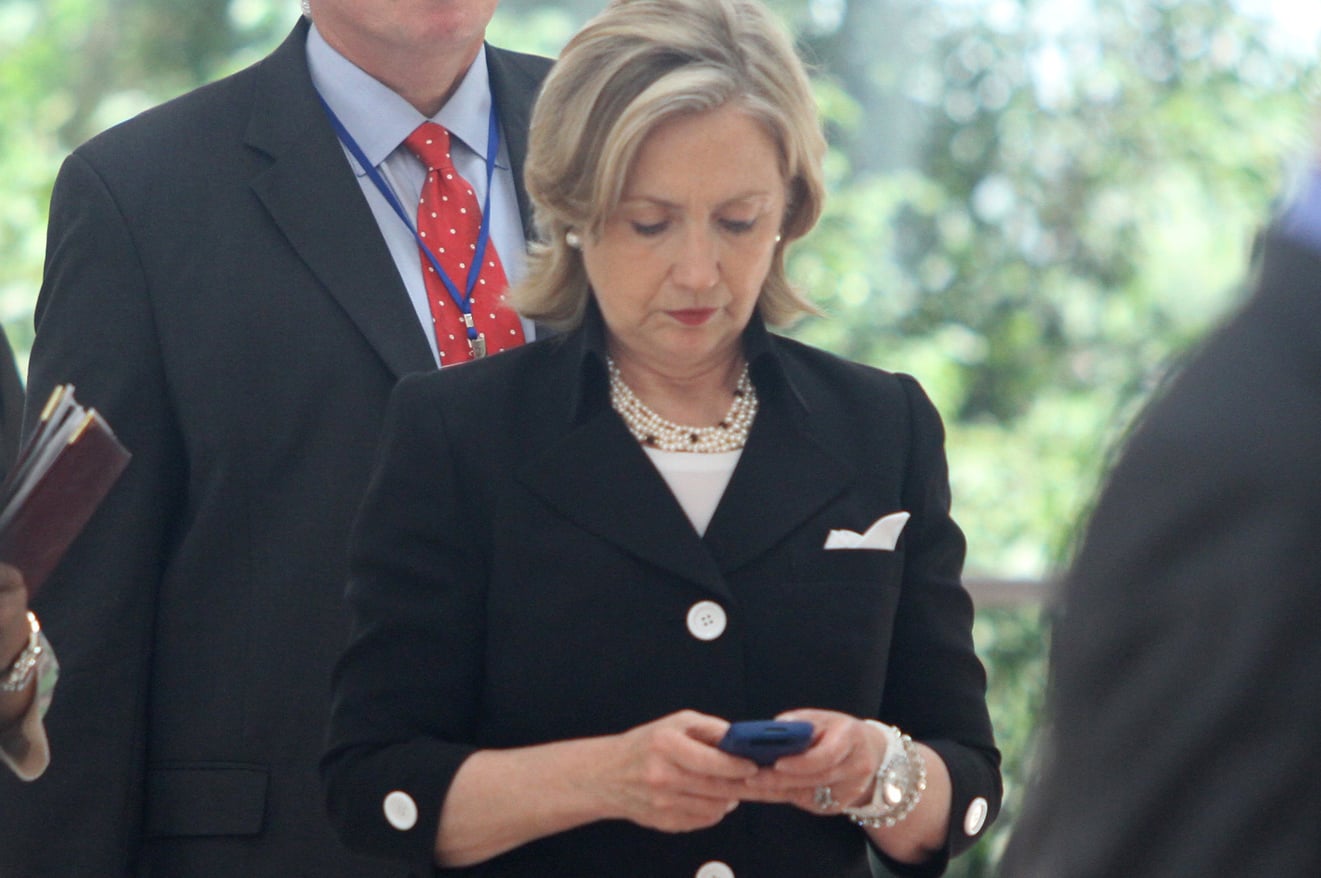 On Friday morning, FBI Director James Comey announced that the department was launching another investigation related to Hillary Clinton's use of a private email server. The new emails, however, were not sent from Clinton's private server but were found after the FBI seized devices that belonged to Clinton aide Huma Abedin and her husband, Anthony Weiner, according to The New York Times. The FBI has been investigating Weiner for sexting with a 15-year-old girl in North Carolina, among his many other scandals.

In a letter to Congress, Comey said, "In connection with an unrelated case, the FBI has learned of the existence of emails that appear to be pertinent to the investigation." Though he did not mention it by name, the "unrelated case" has since been revealed to be Weiner's.

Despite the shocking news, Clinton's campaign manager, John Podesta, sounds unshaken in a statement addressing the investigation. In it, Podesta implies Comey felt pressure to reopen the case following persistent "browbeating" from Donald Trump and the GOP even though in July, the FBI closed the case and said it did not recommend prosecuting Clinton over her use of the email server. Podesta also noted the timing of the news given that the election is less than two weeks away.

Read the full statement below.

"Upon completing this investigation more than three months ago, FBI Director Comey declared no reasonable prosecutor would move forward with a case like this and added that it was not even a close call. In the months since, Donald Trump and his Republican allies have been baselessly second-guessing the FBI and, in both public and private, browbeating the career officials there to revisit their conclusion in a desperate attempt to harm Hillary Clinton's presidential campaign.

FBI Director Comey should immediately provide the American public more information than is contained in the letter he sent to eight Republican committee chairmen. Already, we have seen characterizations that the FBI is 'reopening' an investigation but Comey's words do not match that characterization. Director Comey's letter refers to emails that have come to light in an unrelated case, but we have no idea what those emails are and the Director himself notes they may not even be significant.

It is extraordinary that we would see something like this just 11 days out from a presidential election.

The Director owes it to the American people to immediately provide the full details of what he is now examining. We are confident this will not produce any conclusions different from the one the FBI reached in July."