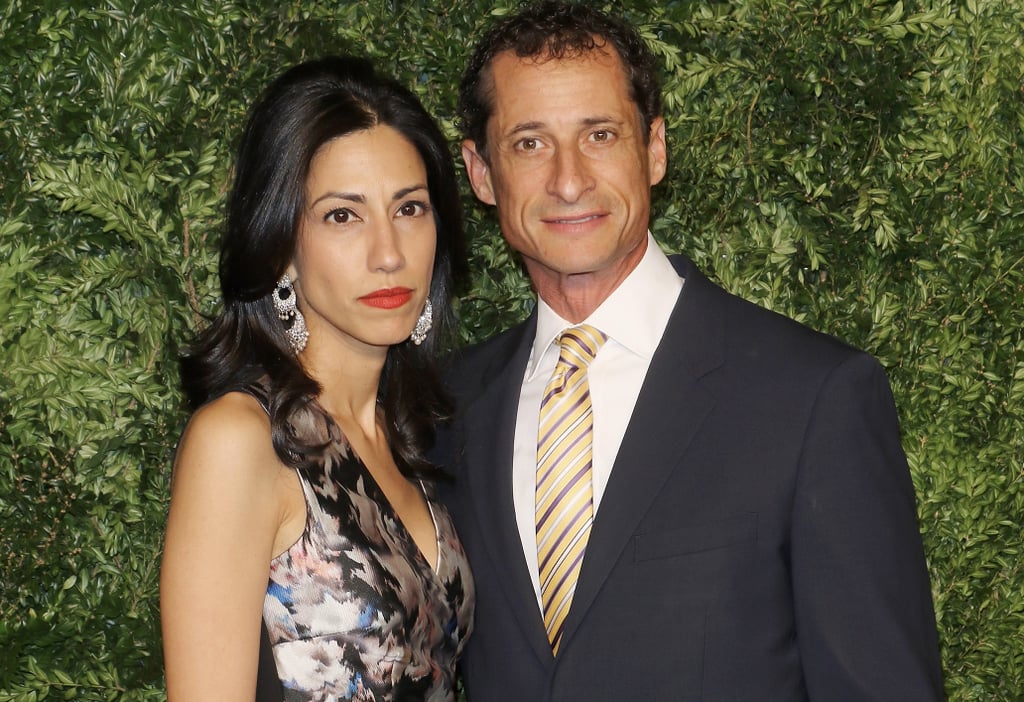 Here's What You Need to Know About Anthony Weiner's Wife, Huma Abedin

Anthony Weiner and his wife, Huma Abedin, are separating after yet another texting scandal has surfaced. "After long and painful consideration and work on my marriage, I have made the decision to separate from my husband," said Abedin, a longtime top aide to Hillary Clinton, in a statement.

The news comes in light of a New York Post an article published over the weekend that reports Weiner was sexting with a woman while his 5-year-old son lay in bed next to him. The first time the former congressman got in trouble for something similar was in 2011, when he resigned from Congress for sending explicit messages over Twitter to a woman and elaborately lying about it. That same year, Abedin gave birth to the couple's son and reportedly sought advice from Clinton. At the time of the first incident, insiders predicted that Abedin would likely stick by her husband, whom she married in a 2010 ceremony officiated by Bill Clinton.

Then in 2013, Weiner ran for mayor of NYC and admitted that he had three more online relationships with young women and went by the name "Carlos Danger." A press conference was held to address Weiner's behavior, and Abedin spoke, saying, "What I want to say is I love him, I have forgiven him, I believe in him, and as I have said from the beginning, we are moving forward." A documentary about the scandal came out this past May, capturing Abedin's reaction to the drama and bringing his misconduct back into the spotlight.

Abedin is widely respected in Washington. Born in the US to Indian and Pakistani parents and raised in Saudi Arabia, 40-year-old Abedin first interned with Hillary Clinton during the '90s while Bill Clinton was president and then became her chief of staff when Clinton served as secretary of state, traveling the world with America's top diplomat. Abedin is the vice chairwoman of Clinton's current presidential bid and the new revelations about Weiner prompted some tensions within the campaign.

Ahead, learn more about Abedin and see some photos of her through the years.