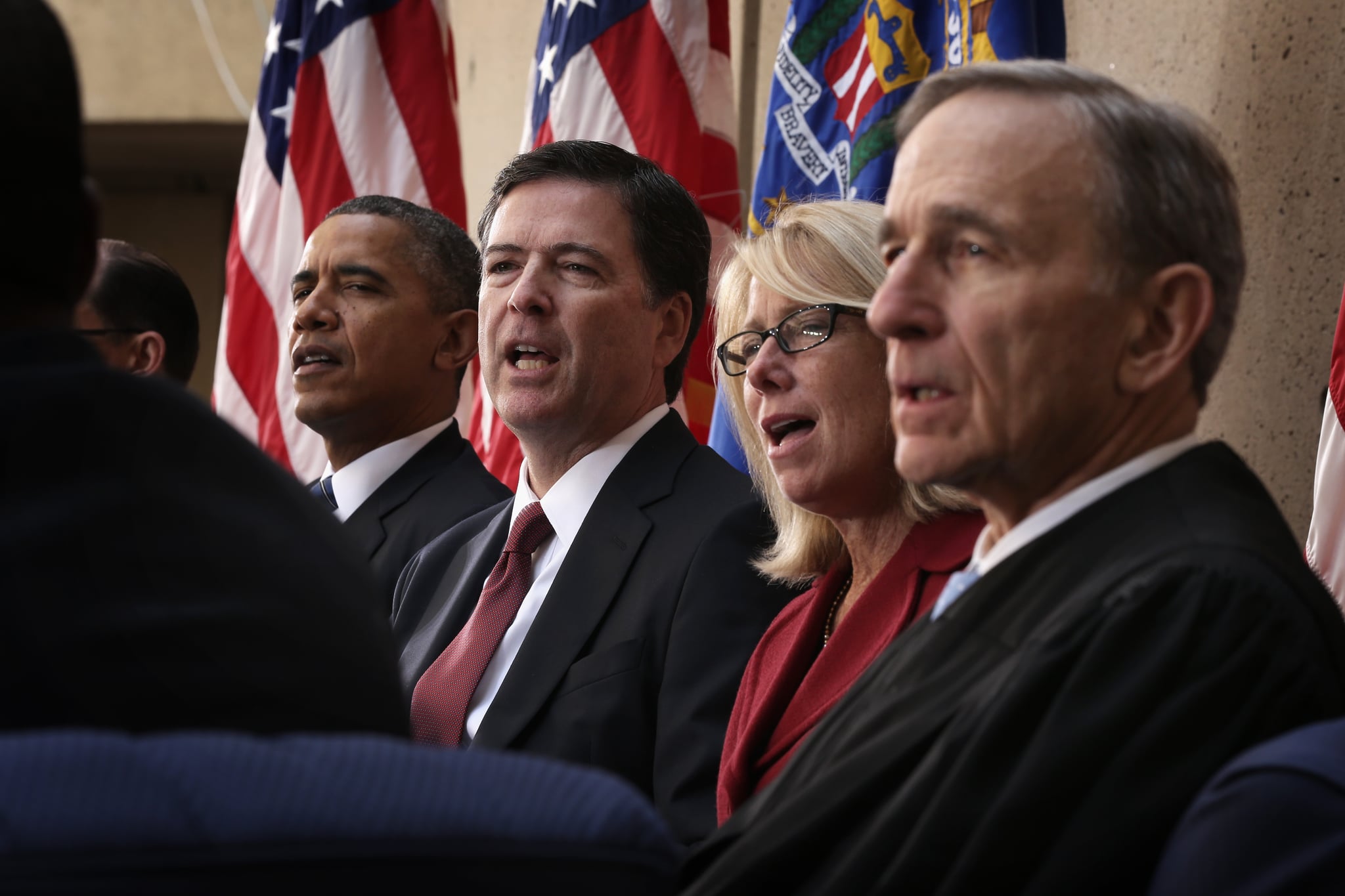 James Comey got one of the only chuckles during his otherwise fairly tense Senate testimony on June 8 when he publicly regretted canceling plans with his wife to have his now-infamously awkward dinner with Donald Trump. (You know, the one where Trump reportedly — and repeatedly — demanded Comey's "loyalty.")

James Comey says he had to “break a date” with his wife when Pres. Trump invited him to the White House for dinner https://t.co/oWfQ0jkiXG

Almost immediately after the shout-out, the internet wanted to know who, exactly, Comey is married to. Her name is Patrice Failor — and she's pictured to the right of Comey in the photo below, which was taken during his swearing-in as FBI director back in 2013. Read on to learn more about Comey's wife of 30 years: 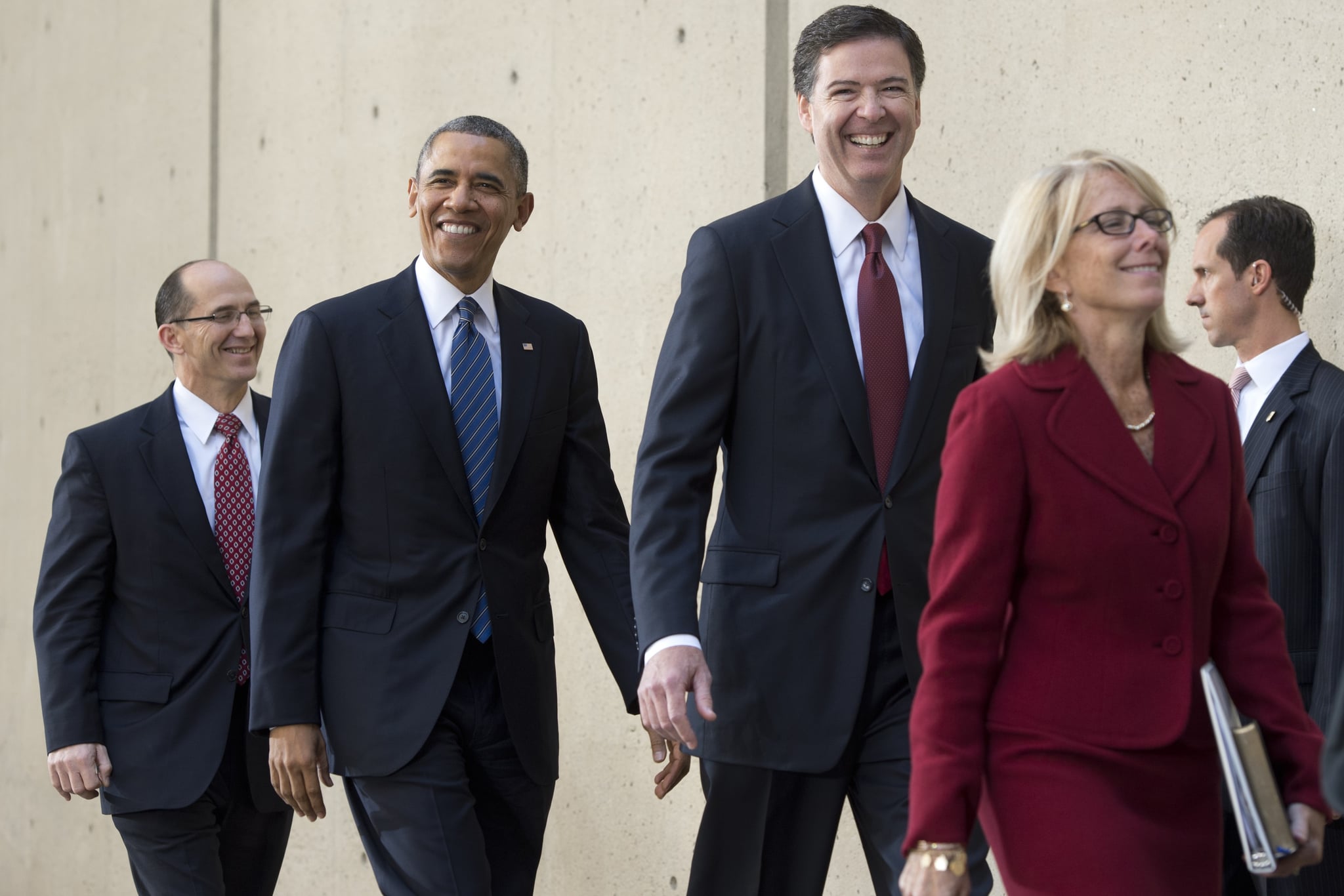 1. She says she met Comey at a "daiquiri party" in college — he disputes this

In a 2014 interview with Flat Hat News, the student newspaper of the College of William and Mary — where Failor and Comey first met — Comey disputed his wife's story about how they first crossed paths. Comey said he doesn't "recall meeting her" at that particular event. He did remember that she nominated him to run for president of their dorm council, soon after which they were introduced by a friend. "She let me talk about myself for three hours," Comey remembered. "Naturally, I walked away deeply in love with her, because she let me talk about myself, a habit which she has since fixed." No word as to whether Failor confirms or denies the fact that this habit has, in fact, been nipped in the bud.

2. She has her own impressive professional credentials

Failor has a master's degree in counseling and has worked as a court-appointed special advocate in juvenile court. In 2016, Comey attended to watch her testify in front of the Connecticut Judiciary Committee about the need for greater support for neglected children. Failor and Comey have also been foster parents to several children over the years.

3. She once wrote a heartfelt op-ed about the death of their son

In 1995, Failor wrote a very personal essay, published in The Baltimore Sun, about the loss of her infant son Collin. The baby died at just 9 days old of a bacterial Group B Strep infection. She penned the article, she said, to help inform other parents of the risk. "I do not want to frighten anyone with my story," Failor wrote. "But I cannot allow the death of my beautiful boy to become just one in a long line of GBS tragedies." Failor and Comey are parents to five other children

4. She's apparently a fan of LGBTQ stories and Broadway . . .

Shortly after Comey was fired by President Trump, he and Failor attended a matinee of Fun Home, an acclaimed Broadway show about a woman scrutinizing her identity as a lesbian and her own father's life as a closeted gay man. A producer on the show later told The New York Times that both Comey and Failor were so moved by the play, they were wiping away tears as they headed backstage to greet the cast.

Today James Comey and his wife Patrice joined us at #FunHome in Washington, D.C. pic.twitter.com/W5HLrgKaPi

In a 2003 profile in New York Magazine, Comey said his wife encouraged their move to Virginia in the early '90s. "My wife wasn't digging New York," he said. "We wanted to live in a place where we'd both be happier raising our kids. She knew northern Virginia, because she'd grown up there and in Iowa, but we liked Richmond as a place to live."

Breaking news
Just Moments Before the Chauvin Verdict, a 16-Year-Old Black Girl Was Shot by a Cop
by Yerin Kim 10 hours ago

Politics
Kamala Harris Addresses Derek Chauvin Verdict: Racial Injustice "Is a Problem For Every American"
by Yerin Kim 13 hours ago