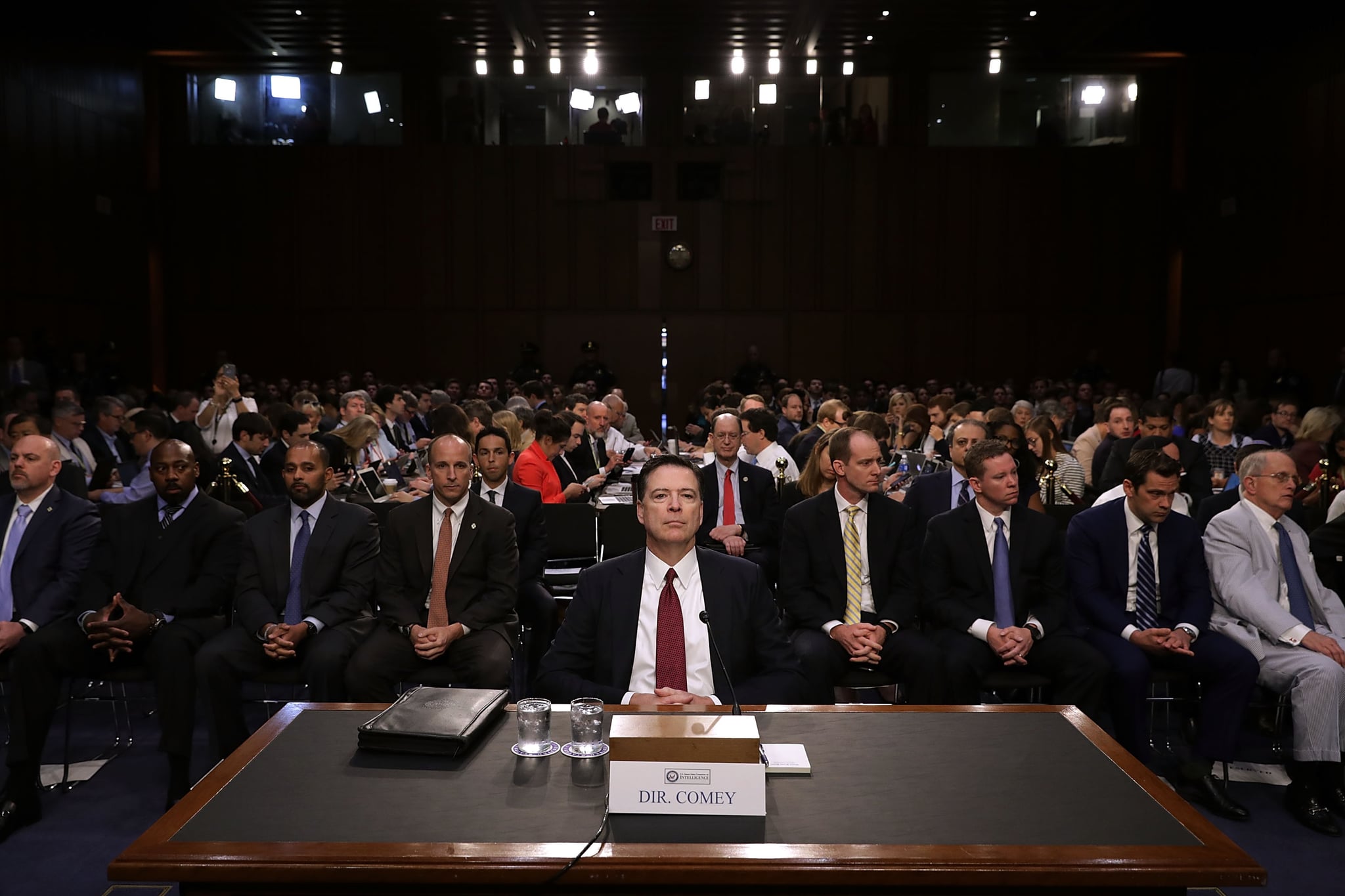 This post will be updated continuously throughout Comey's testimony today

The most anticipated day in recent political history — one that appeals not only to news junkies or political pundits, but basically anyone who loves televised drama — has finally arrived: former FBI Director James Comey has taken the stand before a Senate committee to testify about his meetings, interactions, and conversations with President Donald Trump. The Senate is seeking answers in hopes to further their investigation of Russian interference in the 2016 election, and those of us watching from home (or, sneakily, at work) are looking to get answers to the many, many questions that have been on our minds since Comey was fired back in May.

For those not in DC — where bars opened early to host viewing parties across the city, and the conversations are almost exclusively about the testimony in hand — we're watching and taking notes on what it is exactly that we should be taking away from the hearing and what it is we need to know going forward for the future of the investigation and for the presidency writ large.

So, without further ado, here's what we've learned today: