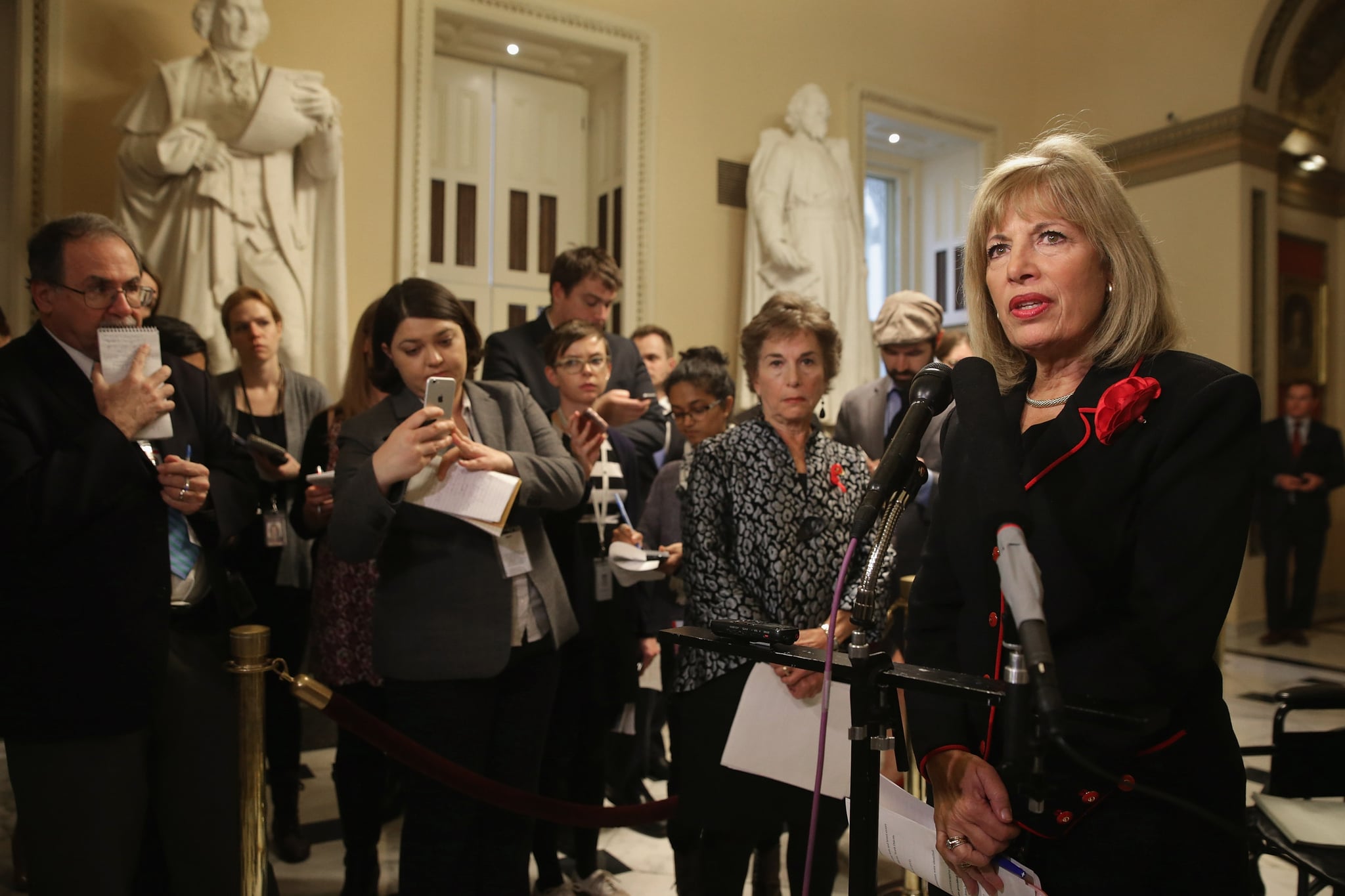 Democratic women are calling on members of Congress to wear all black to President Donald Trump's first State of the Union address on Jan. 30 in an effort to raise awareness about sexual assault and harassment.

A spokesperson for Rep. Jackie Speier (pictured above), who represents California's 14th congressional district, confirmed to POPSUGAR that the push is being led by the Democratic Women's Working Group, of which she is a member. Speier's office said the group has "invited men and women members of Congress from both sides of the aisle" to join them.

Democratic Leader Nancy Pelosi says the effort recognizes the "watershed" moment in the national fight against gender discrimination. "We salute the leadership of Congresswoman Jackie Speier in passing a resolution mandating anti-harassment and discrimination training, which we view as a first step. In our deliberations we also discussed the 'Me Too Congress' bill and possible additions to it," Pelosi said in a statement shared with POPSUGAR. "Members of Congress have a moral duty to the brave women and men coming forward to seize this moment and demonstrate real, effective leadership to foster a climate of respect and dignity in the workplace. We will transform this moment of truth into an opportunity for action."

NBC News's Geoff Bennett initially reported the news of the demonstration with this tweet on the evening of Jan. 9:

NEW -- Washington following Hollywood's lead: A group of female Democratic lawmakers is planning to wear black to President Trump's first State of the Union address in a show of solidarity for #MeToo and #TimesUp

Weeks ago, House Democrats began a series of meetings on ending sexual harassment in Washington, learning from experts on best practices in sexual harassment policy, and discussing topics including compensation for survivors and improving the reporting process for those who have experienced harassment or assault. Speier and the DWWG have also been vocal in calling for an investigation into the multitude of claims of sexual harassment and assault against Trump.

BREAKING: Members of the Democratic Women's Working Group are calling on @OversightDems @GOPoversight to investigate the sexual misconduct allegations against @realDonaldTrump - the American people deserve to learn the truth!https://t.co/06TdZp8L9R

The effort would follow the Time's Up-led black-dress movement at the Golden Globes on Jan. 7, which sought to shine a light on sexual abuse in Hollywood. This also wouldn't be the first time Democratic women use apparel to send a message; they also wore white, the color of the Suffragettes, to Trump's first congressional address in 2017.

This story was updated on Jan. 10 with more information on House Democrats' efforts on combatting sexual harassment and assault and quotes from Democratic Leader Nancy Pelosi.

Alexandria Ocasio-Cortez
AOC Shares Sexual-Assault Story at Abortion Rally: "All I Could Think Was, 'Thank God I Have . . . a Choice'"
by Yerin Kim 12 hours ago