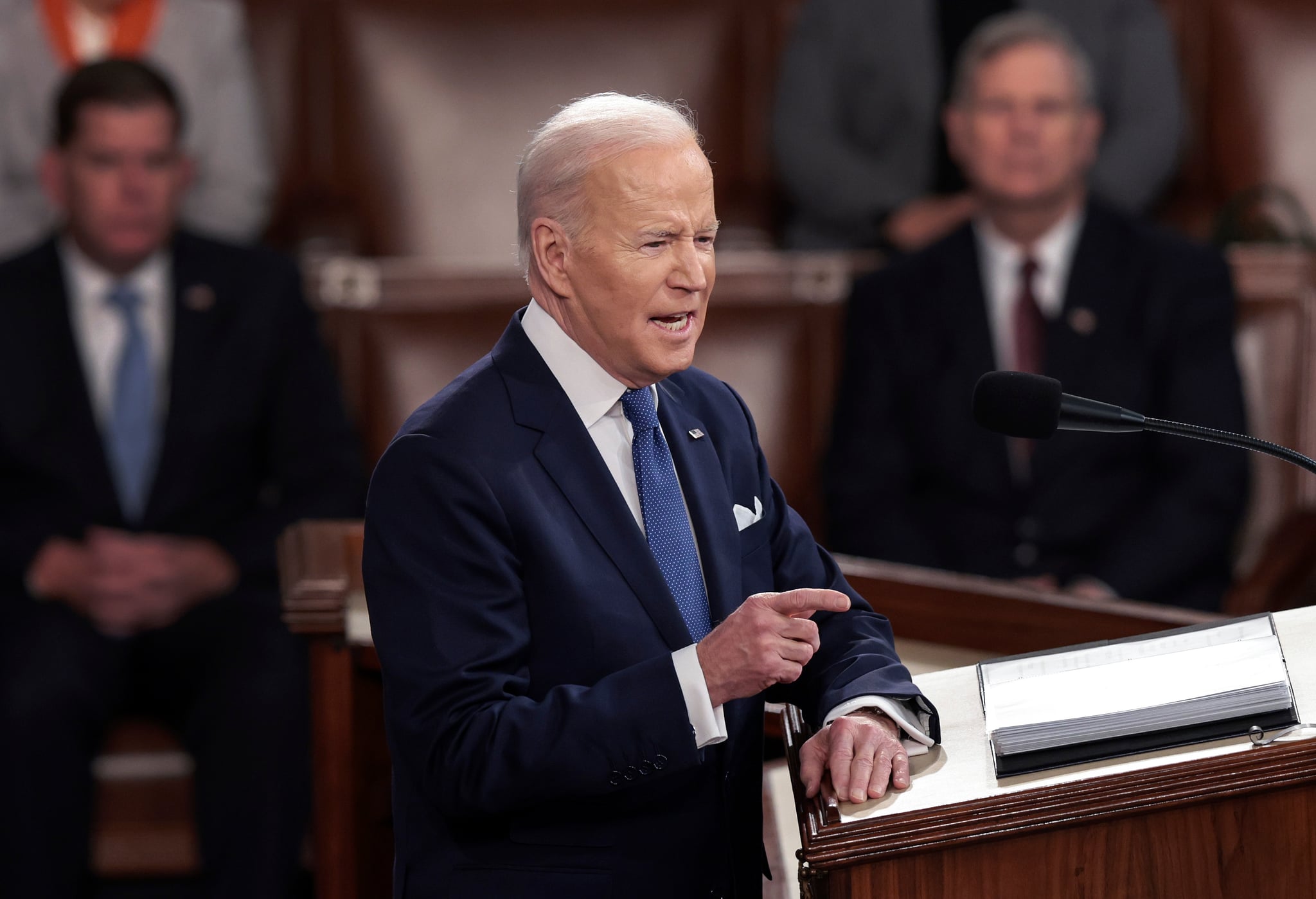 President Biden's first State of the Union address was shaped by the Russian invasion of Ukraine initiated one week prior. Though the speech on March 1 also touched on the pervasive effects of the pandemic, inflation, and the opioid crisis, Biden opened with remarks on the overseas conflict condemning Russian President Putin's actions and outlining the nation's next steps. "I know the news about what's happening can seem alarming," he said, "but I want you to know that we are going to be OK."

Following the start of the full-scale invasion on Feb. 24, Biden called it an "unprovoked and unjustified attack" at the time, which he reinforced on Tuesday, asserting Putin's aim is to "shake the foundations of the free world" and "make it bend to his menacing ways." Biden said, "He thought he could roll into Ukraine and the world would roll over. Instead he met a wall of strength he never imagined. He met the Ukrainian people."

"Ukrainians are fighting back with pure courage."

Throughout the address, Biden applauded the fearlessness of every Ukrainian: "Ukrainians are fighting back with pure courage. But the next few days, weeks, months, will be hard on them." Biden said later, "Putin may circle Kyiv with tanks, but he will never gain the hearts and souls of the Ukrainian people. He will never extinguish their love of freedom. He will never weaken the resolve of the free world."

It was one of the few moments throughout the address that was met with bipartisan support. Many members of Congress waved miniature Ukrainian flags and wore blue and yellow, the colors of the flag. Ukrainian Ambassador to the US Oksana Markarova was also in attendance. She was met with a standing ovation at the encouragement of Biden. 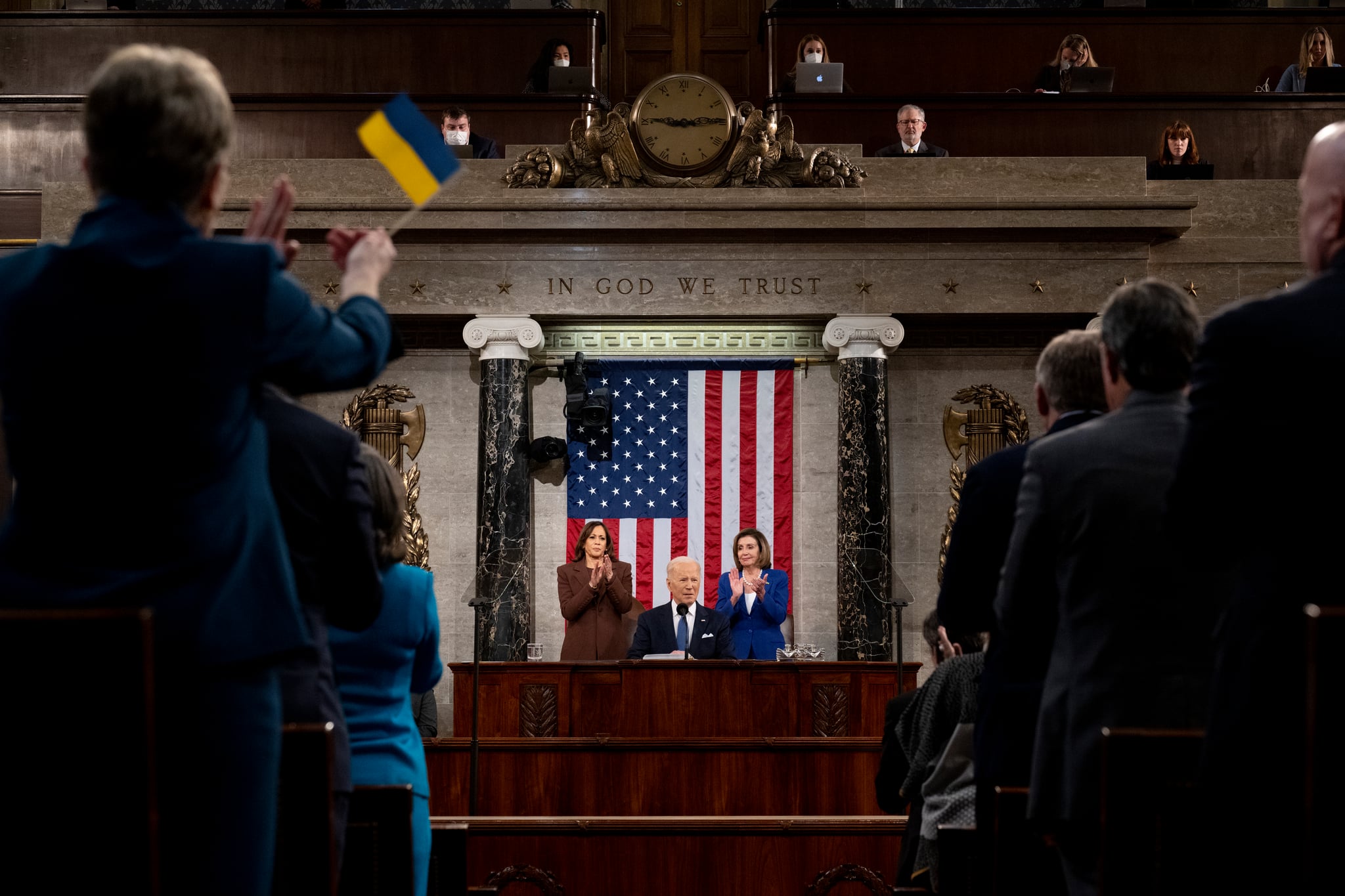 So far, the US and its NATO allies have responded with economic sanctions that caused the Russian stock market to crash and then shutter. Big banks were cut off from international financial systems, and a tech embargo was also enacted. "We prepared extensively and carefully," Biden said. He also announced for the first time that American air space would be closed off to Russian flights. "Putin is now isolated from the world more than ever."

Though military, economic, and humanitarian aid is being given to Ukraine, Biden made clear the US would not be directly engaging militarily at this time. Forces are, however, being deployed to European countries, including Poland, Romania, and Latvia, to defend the nation's allies in the event fighting moves west.

Biden ended his Russia-Ukraine remarks with a message of resolve to the American people: "This is a real test. It's going to take time. So let us continue to draw inspiration from the iron will of the Ukrainian people."