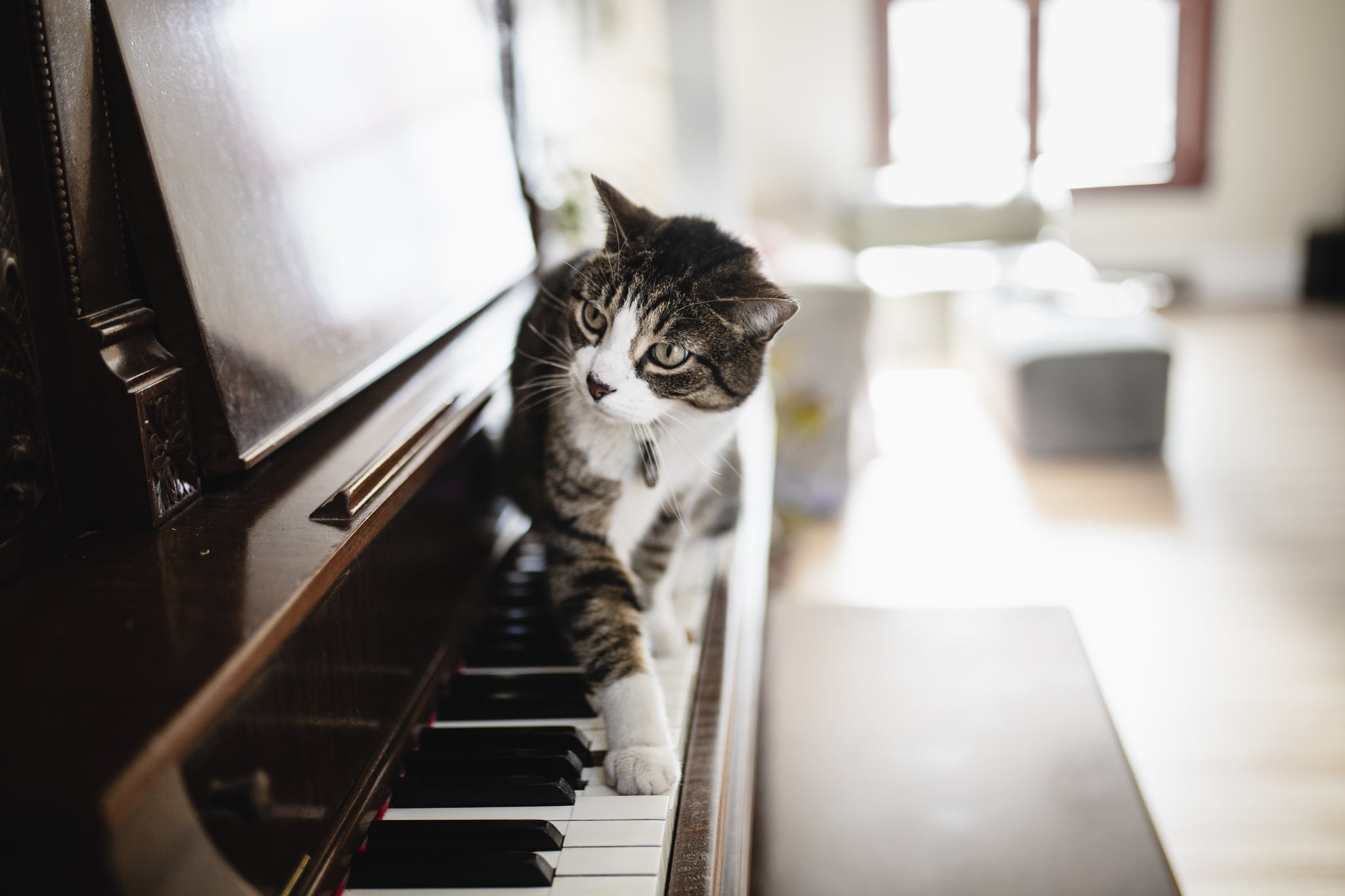 If you have ever wondered why your cat gets so hyped up when the sun goes down, we have the answers. POPSUGAR spoke with a licensed veterinarian and two animal experts to get to the bottom of why our feline friends seem to always want to play when we're ready to relax.

Why Does My Cat Get So Active at Night?

If you thought it was because cats were nocturnal, think again. Shelly Zacharias, DVM, VPM and vice president of Medical Affairs at Gallant, told POPSUGAR that cats are actually crepuscular, meaning their waking hours are at both sunrise and sunset. "Wild cats hunt during the dawn and dusk hours to take advantage of the cool part of the day in their native habitat and to also take advantage of when many prey animals become active. Domestic cats retain this tendency to be more active at evening and night rather than during the day," she said.

Cat blogger and owner of Cat in the Box products Dawn LaFontaine explained further, "Many prey animals, such as deer, mice, and rabbits, are crepuscular. They have adapted to take advantage of that twilight time when it's light enough to see but dark enough to lower the odds of being caught by a predator. So some predators, like cats, have adapted by becoming expert dawn and dusk predators," she explained. In the wild, cats would spend these hours stalking and pouncing on small animals, and even though house cats have no need to hunt, they still become both playful and hungry in the evenings and at the crack of dawn when you'd probably prefer to be sleeping.

How Can I Stop My Cat From Waking Me Up in the Middle of the Night?

If your cat's nighttime activity is becoming a problem, there are a few things you can do. We reached out to Yvette Berke, an animal advocate with more than 30 years of experience in rescue, care, and adoption and the outreach manager for Agoura Hills-based nonprofit Little Angels Project, for some ideas. Berke suggested playing with your cat in the evening to help tire them out and meet their need for socialization. She also advised cat owners to offer interesting toys. "The key is to put down a few for the week, pick those up, and then start with new toys. Even if it is something they played with a week ago, it's new that week," she said.

In addition to making sure your cat gets enough productive playtime, Berke also recommended feeding smaller, more frequent meals. "Owners can feed a meal earlier in the evening and then another meal closer to bedtime. This way the cat is less likely to wake their owners for a meal during the night," she said. Yvette suggested putting kibble in puzzle feeders, which require effort on your cat's part to get the food out. Puzzle feeders stimulate the challenge of "the hunt" that cats crave, she explained. She emphasized that puzzle feeders should not be used to add lots of extra treats to your cat's diet but to instead divide up your cat's total food intake.

Dr. Zacharias weighed in as well, pointing out that domesticated cats may be "used to lounging and sleeping during the day while the family is at work or school." She suggested leaving out toys or activities during the day to keep the cat busy, like a window perch and a bird feeder (so your cat can exercise those stalking muscles). And when your cat does wake you, Dr. Zacharias emphasized that the best response is to ignore them and minimize interaction. You will have to exercise some patience and remain consistent though, and "after he notices the pattern of not getting the attention he wants in the middle of the night, he will slowly reduce how often he attempts this behavior." Which hopefully means they'll instead be cuddling up to you all night long.