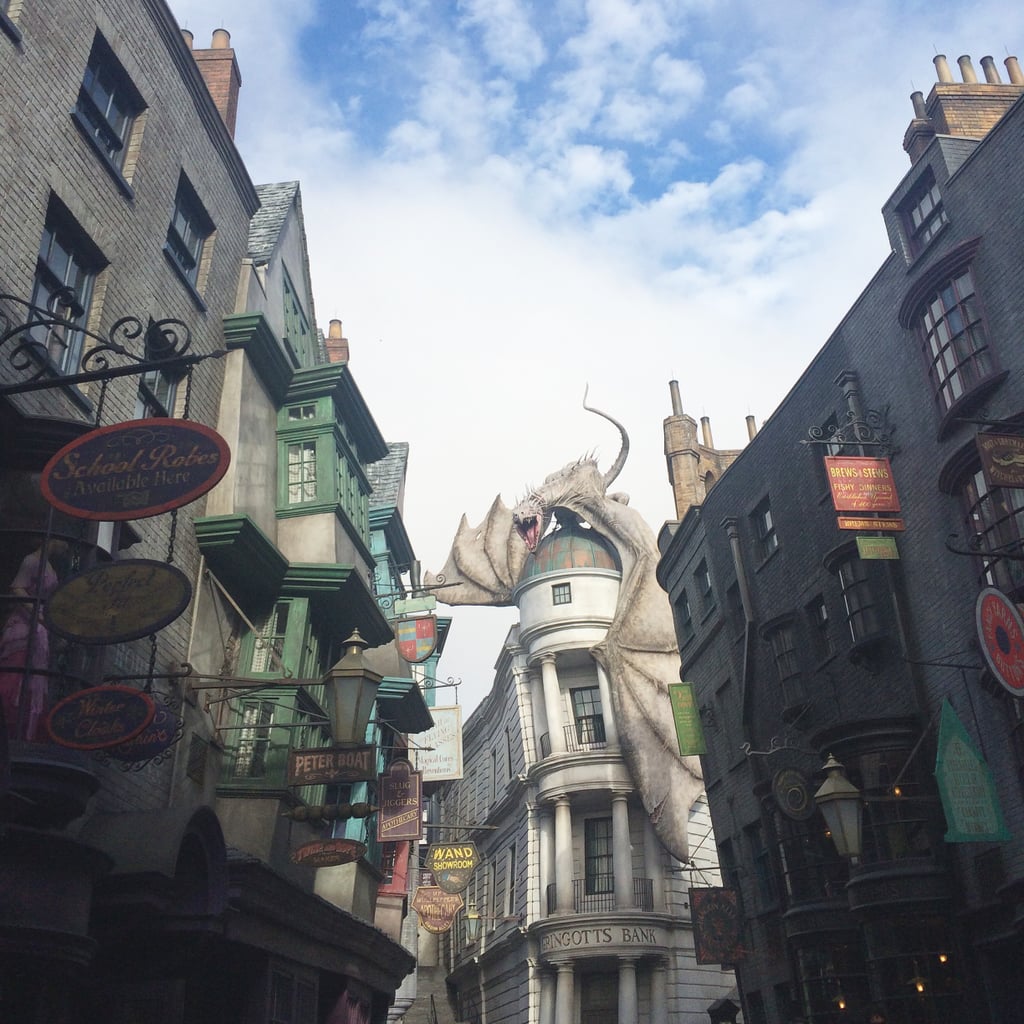 To say that I'm a Harry Potter fan is kind of an understatement. Growing up, I was the kid at the midnight releases of the books and midnight premieres of the movies decked head to toe in proper Potter fandom attire. So, to say that I had high expectations for the Wizarding World of Harry Potter at Universal Studios in Florida is putting it lightly. However, from the moment I rounded the corner of the wall dividing muggle London from Diagon Alley, I knew that the people who built this park had gotten it really, really right.

What makes the park stand out are the nuances and subtle references to the wizarding world that toe the line by keeping everything entirely canon while still making magic come to life. There are so many things to see and do — both big and small — but it's the Harry Potter World hacks you have to look out for. While there, we discovered some secrets in both the Hogsmeade/Hogwarts and Diagon Alley sections of the park, ones that any true fan should definitely not miss out on. Here's what to look out for when you're there.

Travel
Native Hawaiians Are Asking For a Reduction in Tourism, and We Should Listen
by Mykenna Maniece 3 weeks ago