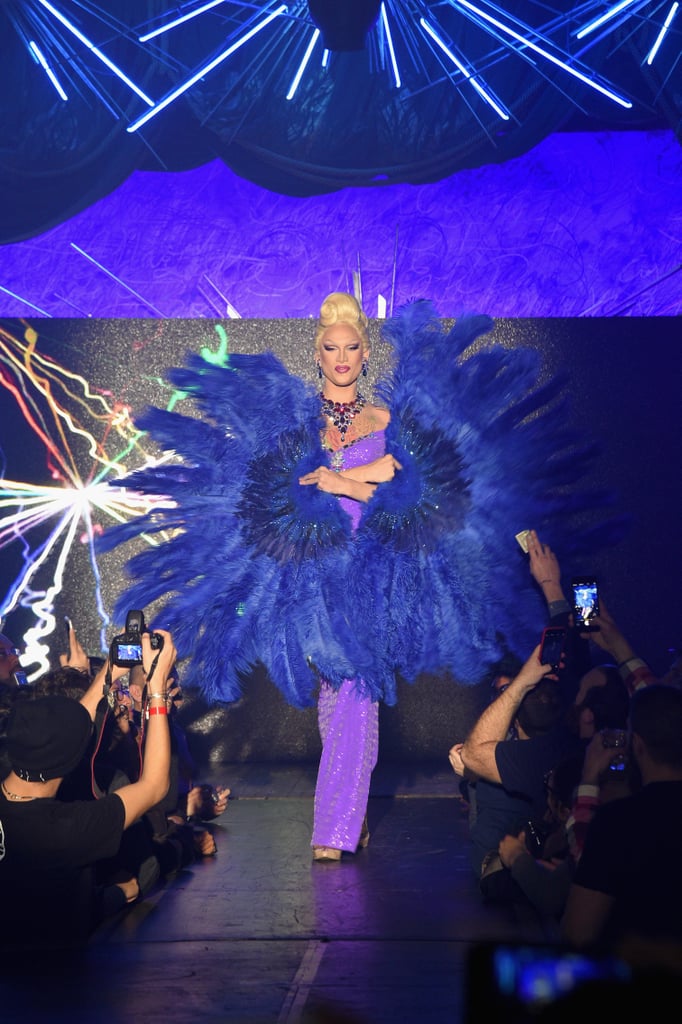 How to Become a Drag Icon, According to RuPaul's Miss Fame

Miss Fame distinctly remembers the first time she played with makeup. She was 7 years old, living with her grandparents in a small town in California, where she watched as her aunts swept on a frosty, Brooke Shields-circa-1985 eye shadow in their shared bathroom before school. Later, she snuck into the drawer of products, grabbed an eyeliner, and traced a dark line around her eyes.

"I found the way I looked in the mirror to be beautiful — it made me feel something really strong," Fame told POPSUGAR. "But I also had a lot of fear, because [of where] I grew up. It didn't help the fact that I was 'that kid' privately doing this."

Flash forward 30-something years, and her bold, in-your-face makeup has become as synonymous with her name as her drag performances or time on RuPaul's Drag Race. Now, Miss Fame just announced a new collection with Sleek MakeUP and is spilling the secrets to her meteoric rise to drag superstardom. It was a self-proclaimed "personal process," but you better believed she worked it.

Kylie Jenner
It's So Hot Out, Kylie Jenner's Orange Deep French Manicure Is Dripping — Literally
by Jessica Harrington 7 hours ago

Beauty News
Tia Mowry's Famous Friends Are Swooning Over Her New Blond Hair and Bangs, and So Are We
by Victoria Messina 8 hours ago