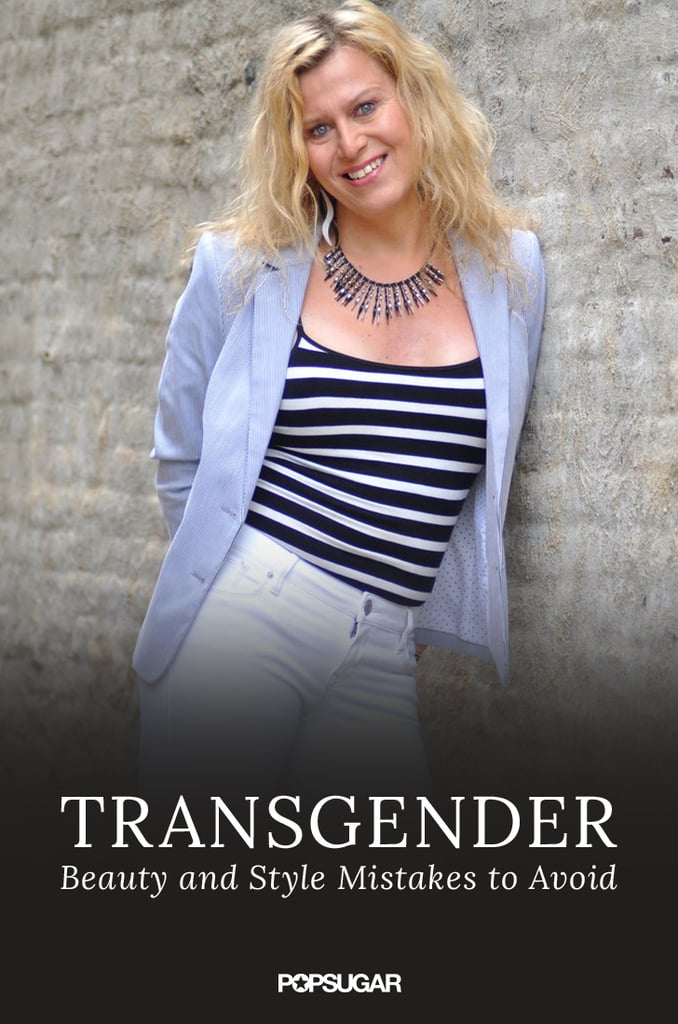 Since the announcement that Bruce Jenner will be transitioning into a woman, gender identity has been a hot topic in the media. To help other people who are going through this or on the other side of the change, we tapped author Nicola Jane Chase for some advice. The British-born, NYC-based writer transitioned later in life before penning Tea and Transition. Not only is she an inspiring role model, but she also is quite savvy when it comes to beauty and style. Read on as Nicola shares some of her biggest beauty mistakes and how to avoid them while transitioning.

Every woman loves to look pretty. As a transgender woman, those emotions are just as important while we strive to boost our femininity. However, I feel that we have to be more aware of some dos and don'ts, particularly as we never went through female puberty in our teens. I transitioned in my 40s, so what I went through in that decade was what many cis girls (genetic women) experienced when they were back in high school! Yes, I wore skirts that were too short, tops that were too skimpy, and makeup that I thought was on trend but was dreadful in hindsight. There's something to be learned from every fashion and beauty debacle, which I definitely did — albeit 30 years after many others. These are some of the things that I learned as I embraced my transition from male to female.

Identity
Gender-Neutral Barbershop Founder Aims to Change Her Corner of the World, 1 Haircut at a Time
by Allison Ingrum 2 hours ago

Tweens and Teens
School as a Safe Space: How LGBTQ+ Students Will Get Their Community Back
by Kate Schweitzer 3 hours ago

Beauty Reviews
I Tried This Beauty Fridge From Target, and It's 100% Worth the Hype For Skin-Care Lovers
by Macy Cate Williams 6 hours ago