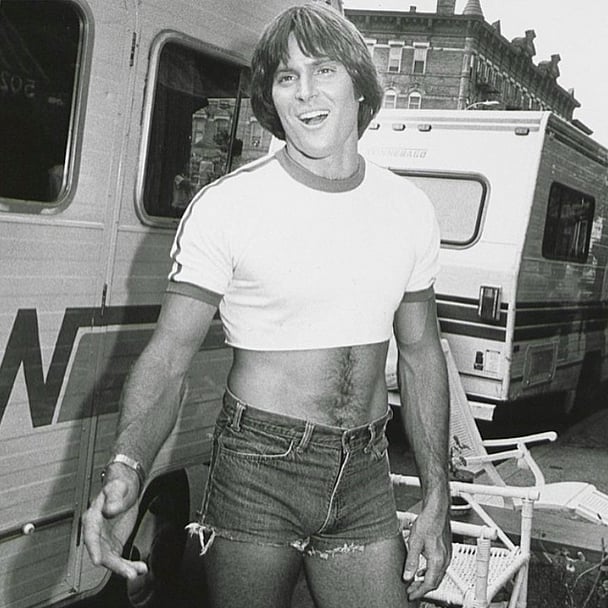 After months of speculation, Bruce Jenner confirmed the rumors that have been swirling around him: he is transitioning into a woman. "I was not genetically born that way," he told Diane Sawyer during an exclusive two-hour interview. "This female side is part of me, it's who I am." For the purposes of this interview, he asked that Diane use the familiar gender pronoun "he."

If you watched the interview, you immediately noticed that Bruce appeared different than we are used to seeing him. His hair was ultralong and tucked back into a ponytail, and his lips looked fuller and a little glossy. Above all, he looked relaxed (albeit a bit teary-eyed). He discussed how he had explained his life to his children: he felt that God gave him the soul of a female as a challenge. "My brain is much more female than it is male," he said. Bruce then took down his ponytail and let his long layers frame his face.

Bruce said he has been "very confused with [his] gender identity" since he was a young boy but has been anxious to come out as he didn't want to disappoint people. While talking about his childhood, he revealed that at the age of 8, he snuck into his sister's closet to try on a dress when home alone. "I didn't know why I was doing it . . . it just made me feel good." He'd hide his short boyish haircut with his mother's scarves and go outside.

"People are convinced that this is a stunt to promote Keeping Up With the Kardashians," said Diane. Though Bruce acknowledged the humor of this concept, he was indignant. "Are you telling me I'm going to go through a complete gender change . . . for publicity? Yeah, right. Do you have any idea what I've been going through all my life? What I'm doing is going to do some good. We're going to change the world. . . . If the whole Kardashian show . . . gave me that foothold into that world — to be able to go out there and do something good — I'm all for it." During the course of the interview, Diane got more insight into the transgender community via icons like Janet Mock and Jennifer Finney Boylan.

To the surprise of many viewers, Bruce revealed that he actually started transitioning in the 1980s, going through estrogen therapy under the suggestion of his therapist. He also began getting facial plastic surgery, as well as receiving electrolysis on his beard and chest. He then lost his nerve and stopped transitioning due to fear of shaming his children, but he continued to dress as a woman in secret. By the time he met his third wife, Kris Jenner, he was a 36B bra size due to the estrogen therapy. He struggled to make the marriage work despite the torment of his gender identity. It was filming KUWTK that made him realize that he could no longer hide who he truly was. "We've done 425 episodes over almost eight years," said Bruce, "and the entire run, I kept thinking to myself . . . 'The one real true story in the family was the one I was hiding.'"

But with the fame from his reality show came paparazzi, and after his separation from Kris, they followed him around Los Angeles. They would snap pictures of his manicures and try to provoke him, asking leading questions about his gender identity. Bruce laughed and said how simple it was that one of his dreams was to wear nail polish "long enough that it actually chips off." But the road to securing a weekly manicure appointment has not been easy. When the paparazzi even found out about his tracheal shave surgery and leaked the date and time of the appointment, it led Bruce to contemplate suicide. In church, the very faithful Bruce wondered how God saw him and then thought that perhaps this is why he was put on this earth. "It gave me an awful lot of courage."

He has not decided anything regarding sexual reassignment surgery and wants to take his time. "I just want to enjoy life as I am," said Bruce. He's looking forward to trying out hair and makeup. "It's all new to me!" He revealed that in his next house, he is building a "glam room" like those seen in the households of the Kardashian women.

Bruce has come out to all of his children, and out of the Kardashian group, he noted that Kim has been the most supportive. It was actually Kanye who opened up Kim's mind to Bruce's transition. The musician asked his wife to consider it from her father's perspective. Kanye said he could be married to the most beautiful woman in the world and have the most beautiful daughter in the world, which he said he does — but stated that it didn't mean anything if he couldn't be his true self. Soon after, Kim then told Bruce, "If you're doing this thing, I'm helping you. You're representing the family. You gotta look really good."

While Bruce is changing and entering a new phase, he insists he will still be the same soul he has always been (and his kids can continue to call him "Dad"). "I am saying goodbye to people's perception of me and who I am. I'm not saying goodbye to me because this has always been me," Bruce explained at the end of the interview. "If I die . . . I would be so mad at myself that I didn't explore that side of me." At the age of 65, he declared that this is the last interview he does as Bruce. "Bruce lives a lie. She is not a lie. I can't do it anymore."