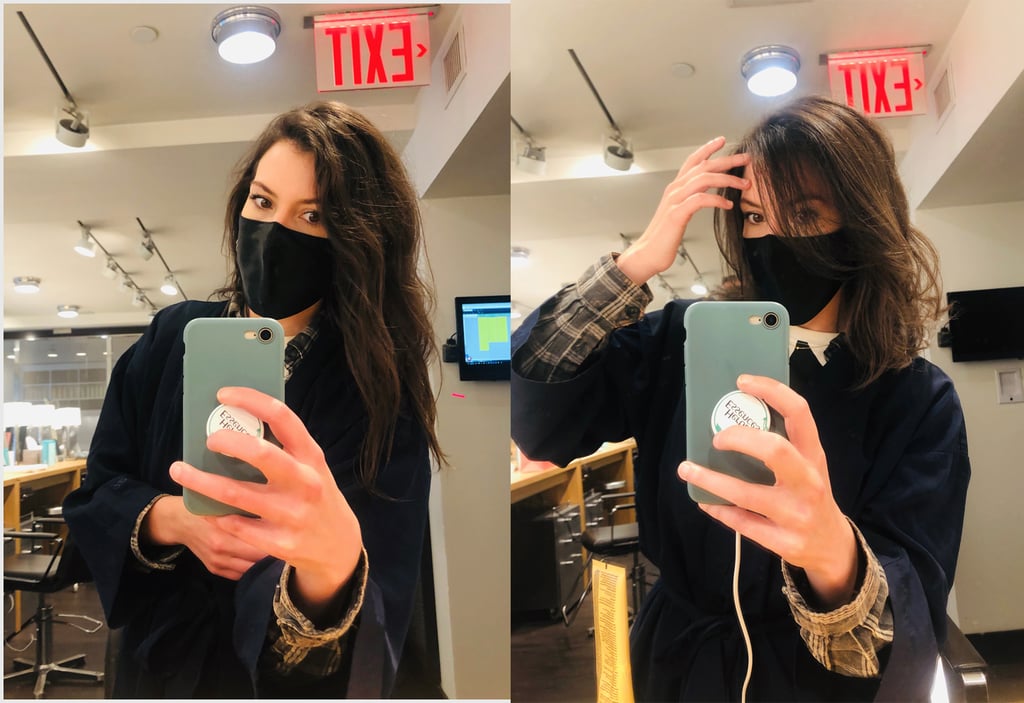 I've always been somewhat of a gambler. In fairness, this is not entirely my fault: I was born in Las Vegas, and thereby entered into this world with an inherent propensity for all things high stakes. In that sense, it doesn't feel too off base that I left my latest haircut up to chance. Let me explain.

After doing absolutely nothing with my hair but allowing it to live, unperturbed, atop my head for nine-plus (!) months, my ends were starting to look long, dry, and drab. Meanwhile, I was reporting on the most-requested hairstyles following salon reopenings amid the coronavirus pandemic — all of which were striking and chic (and the polar opposite of my own look). Itching for change but not a clue what I wanted, I booked an appointment with Robert Sherman, the lead stylist at the Frederic Fekkai Salon in NYC, with an idea: what if I let him, based on his expertise and the season's biggest trends, determine the fate of my next haircut? It would be like letting your partner decide which restaurant to take you to for your birthday. "I don't know, surprise me!"

When I walked into the salon, I laid out all my cards on the table. In an attempt to alleviate any pressure to run through the exhaustive list of haircuts out there, I had narrowed it down to three of the coolest styles I've seen of late for him to choose from: the modern shag, the A-line bob, and the textured clavicut. Each one would require I chop off at least five inches of hair, if not more, but would be easy enough to style according to my low-maintenance lifestyle. Then, it was time to roll the dice.

The cut he would ultimately decide on was merely the luck of the draw.

Beauty Tips
I Tried the Viral "Dot" Contouring Hack From TikTok, and I'll Never Go Back
by Jessica Harrington 19 hours ago