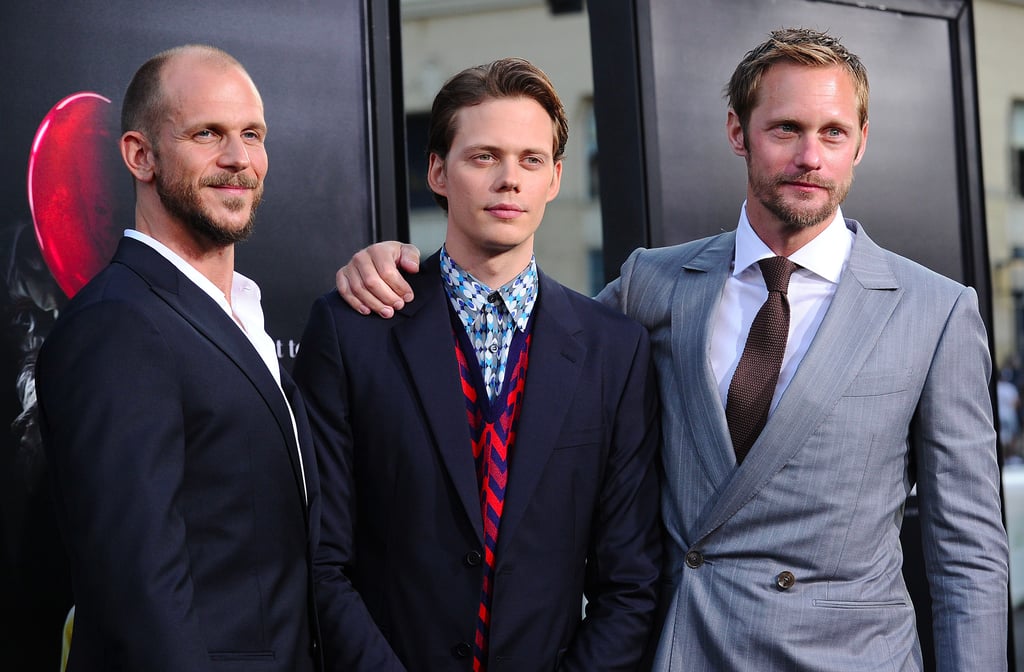 Big Little Lies star Alexander Skarsgard charmed us at the Emmy Awards when he accepted the statue for outstanding supporting actor in a limited series or movie (and planted a kiss right on costar Nicole Kidman). The award is a shining moment in the career of Skarsgard, who was best known for playing sexy vampire Eric Northman on True Blood before this. It's also fun timing since his brother Bill is blowing up right now because of It.

What's that? You didn't know Pennywise the clown and Eric Northman were brothers? That's right; Alexander and Bill Skarsgard are brothers. Alexander is the oldest Skarsgard at 41, and Bill, whose biggest role was in Netflix's Hemlock Grove before this, is 27. There are actually six Skarsgard siblings total (younger brothers Gustav and Valter are also actors). Oh, and to top it off, they are all the kids of longtime actor Stellan Skarsgard.

by Victoria Edel 1 minute ago