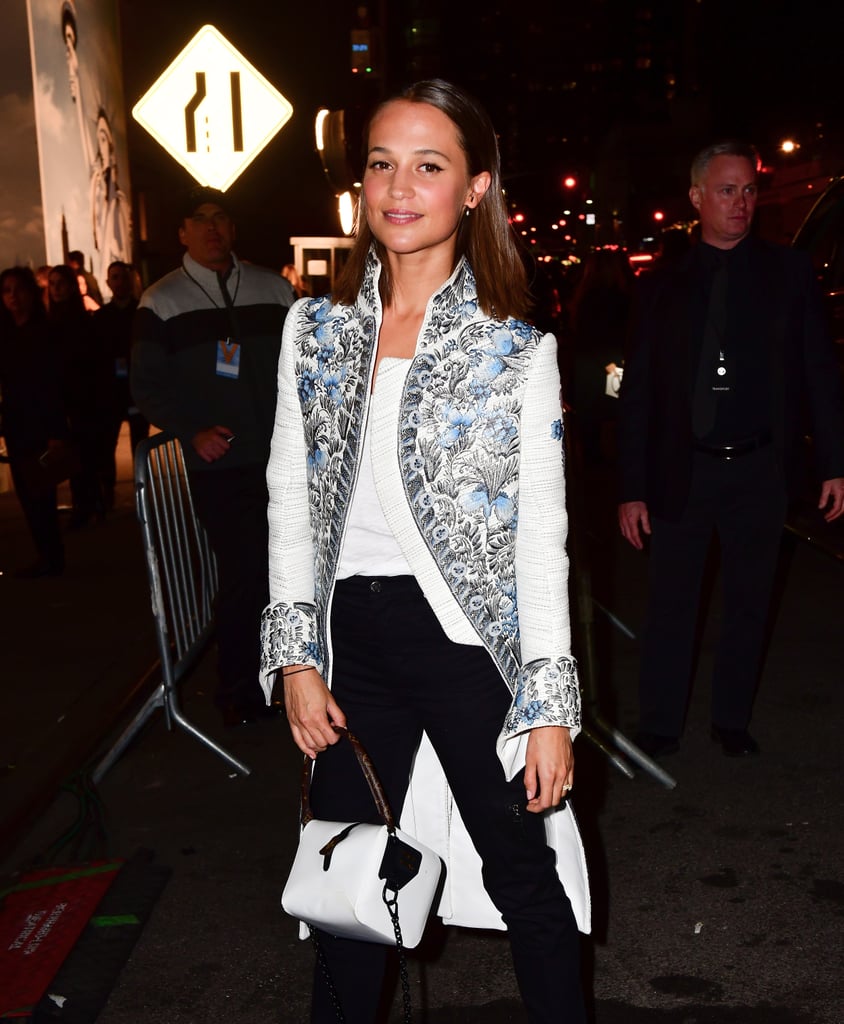 Alicia Vikander brought her postwedding glow to the Louis Vuitton exhibition opening in NYC on Thursday night. The Tomb Raider actress, who tied the knot with Michael Fassbender in Spain earlier this month, nearly blinded photographers with her wedding ring as she posed for pictures on the red carpet. While Michael didn't join Alicia this time around, the event marked Alicia's first public appearance as a married woman.

Alicia and Michael first struck up a romance while filming The Light Between Oceans in 2014, and even though we rarely see much of them on the red carpet together, hopefully we'll get to see more of them now that they're married.