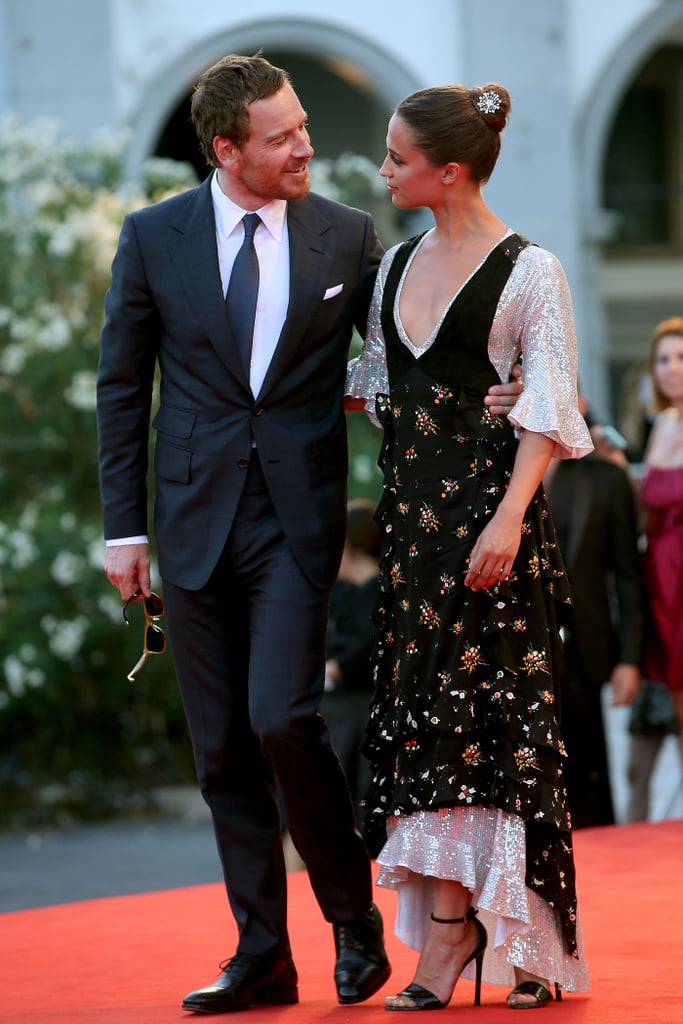 Michael Fassbender and Alicia Vikander are notoriously private about their romance, but that doesn't mean they're any less adorable. Despite staying out of the spotlight for most of their nearly three-year relationship, the pair, who reportedly tied the knot in Ibiza, Spain, have given us a few rare glimpses of their love from time to time. Whether they're sharing the screen in The Light Between Oceans or they're sharing sweet PDA during award shows, it's clear these two are quite smitten with each other. See some of their rare couple moments (on and off screen) ahead.