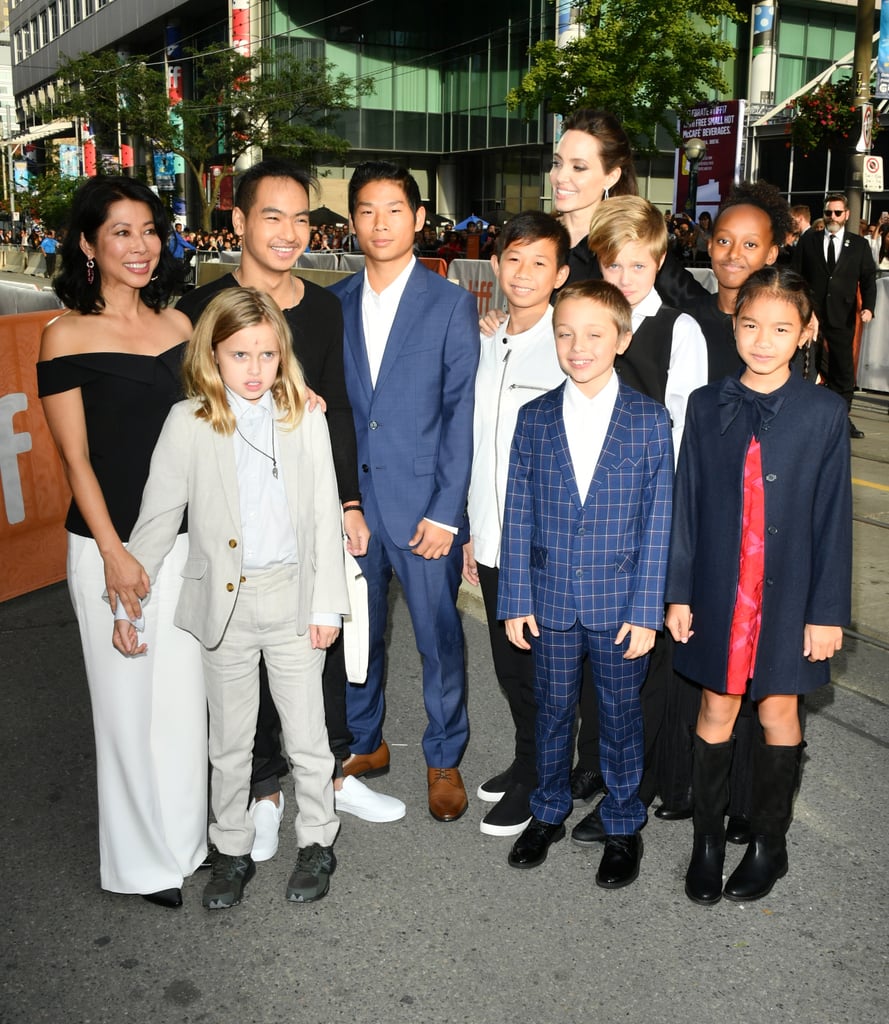 Angelina Jolie and her family are taking the Toronto Film Festival by storm! After stepping out at the premiere of her film The Breadwinner on Sunday, Angelina and her six kids — Maddox, 16, Pax, 13, Zahara, 12, Shiloh, 11, and twins Knox and Vivenne, 9 — returned to the red carpet on Monday for the premiere of First They Killed My Father. The actress, who is currently in the middle of divorcing Brad Pitt, was all smiles as she posed with all of her kids and some of the film's cast. Not only do they all look so grown-up, but Shiloh is basically the spitting image of her father.

Related:
The Sweetest Moments the Jolie-Pitt Kids Have Shared With Their Parents

First They Killed My Father debuts on Netflix on Sept. 15, and it holds special meaning for the family, as Angelina adopted Maddox from Cambodia in 2002. And to top it all off, Maddox served as an executive producer on the project, while Pax also assisted as an on-set photographer.