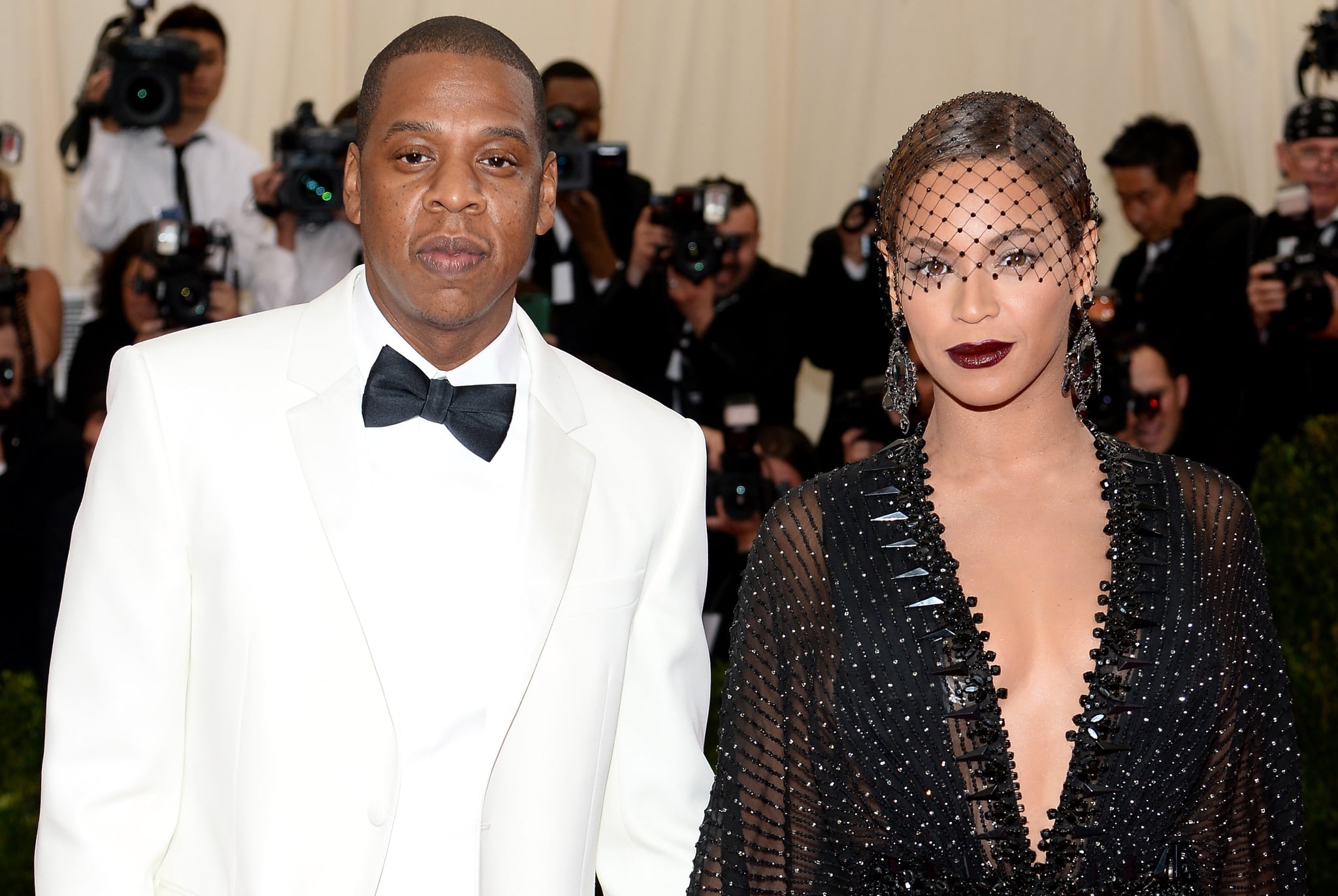 JAY-Z dropped his 13th studio album, 4:44, in the wee hours of Friday, June 30, and naturally, people lost their damn minds. In addition to taking shots at former friends and apologizing to Beyoncé for his infidelities, the 47-year-old rapper resurfaced that infamous elevator incident with Solange Knowles at the 2014 Met Gala in his track "Kill Jay Z." "You egged Solange on / Knowin' all along, all you had to say you was wrong / You almost went Eric Benét / Let the baddest girl in the world get away / I don't even know what else to say / N*gga, never go Eric Benét," JAY raps. While we'll probably never really know what happened, here is everything Beyoncé, JAY, and Solange have ever said about the notorious brawl.

Related:
Beyoncé and Jay Z: A Detailed Timeline of Their Private Yet Prominent Romance

Beyoncé and JAY broke their silence in a statement to the Associated Press. "As a result of the public release of the elevator security footage from Monday, May 5th, there has been a great deal of speculation about what triggered the unfortunate incident. But the most important thing is that our family has worked through it. Jay and Solange each assume their share of responsibility for what has occurred. They both acknowledge their role in this private matter that has played out in the public. They both have apologized to each other and we have moved forward as a united family. The reports of Solange being intoxicated or displaying erratic behavior throughout that evening are simply false. At the end of the day families have problems and we're no different. We love each other and above all we are family. We've put this behind us and hope everyone else will do the same."

Solange broke her silence in the August issue of Lucky magazine. The singer referred to the incident as "that thing" and briefly addressed the drama before changing the subject. "What's important is that my family and I are all good," she said, adding, "What we had to say collectively was in the statement that we put out, and we all feel at peace with that."

Beyoncé let us know how she really felt in a remix of her song "Flawless" with Nicki Minaj. "We escalate, up in this b*tch like elevators / Of course, sometimes sh*t go down when there's a billion dollars on an elevator," she raps in the first verse. Bey also showed her appreciation for Solange and JAY in the original song, rapping, "My sister told me I should speak my mind / My man made me feel so God damn fine."

JAY made a statement of his own on "Kill Jay Z" from his 4:44 album. "You egged Solange on / Knowin' all along, all you had to say you was wrong," he raps.

JAY sat down for a rare interview with hip-hop journalist Elliott Wilson and publicly addressed the infamous elevator incident for the first time ever. "We've always had a great relationship. I fought my brothers and argued with my brothers my whole life," he explained. "It just so happens, who we are, these things go into a different space, but it ain't nothing. We've had one disagreement ever. Before and after, we've been cool. She's like my sister. I will protect her. That's my sister. Not my sister-in-law. My sister."