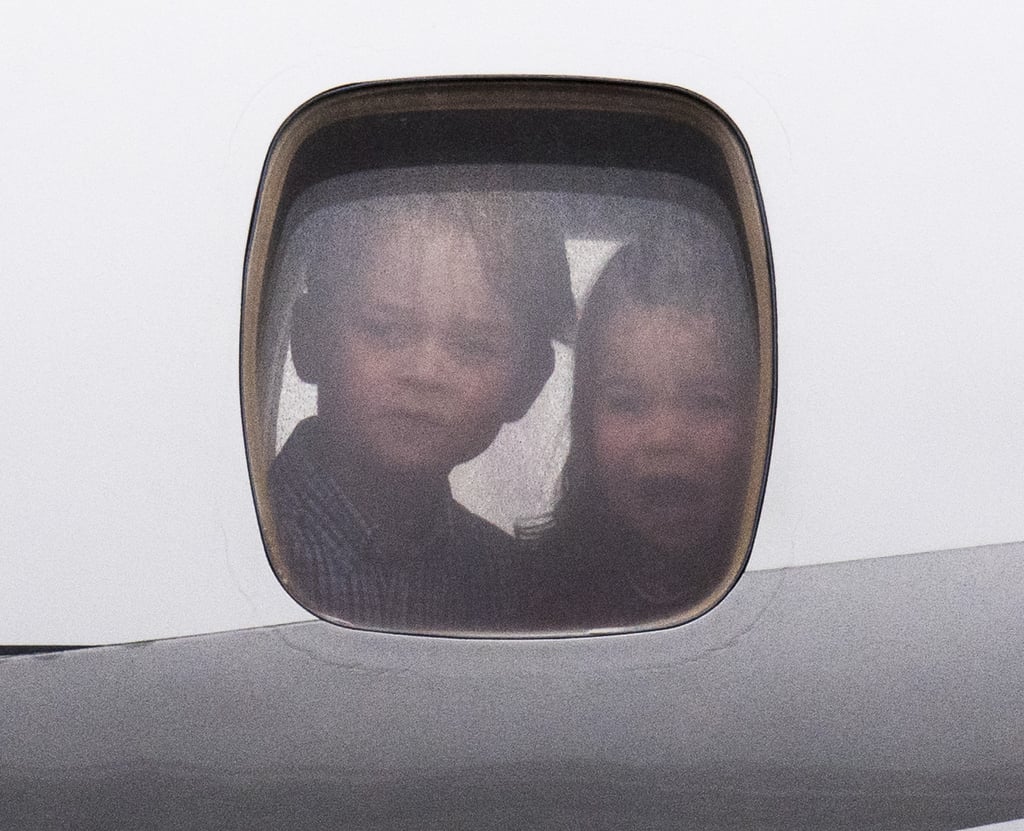 The British royal family officially kicked off their five-day tour of Poland and Germany on Monday. While Kate Middleton and Prince William looked happy to begin their trip, it was Prince George and Princess Charlotte, as per usual, who ended up stealing the show. Even though we didn't have a repeat of George smushing his face up against a plane window like he did in Canada, he came fairly close when he and Charlotte excitedly stared out of their jet just before landing. George and Charlotte will reportedly be staying with their nanny, Maria Turrion Borrallo, at the Belvedere Palace in Warsaw and at the British ambassador's residence in Berlin while Will and Kate conduct their official duties. It's still unclear whether George brought his toy dinosaurs with him, but we're standing by for confirmation.

by Joely Chilcott 47 minutes ago