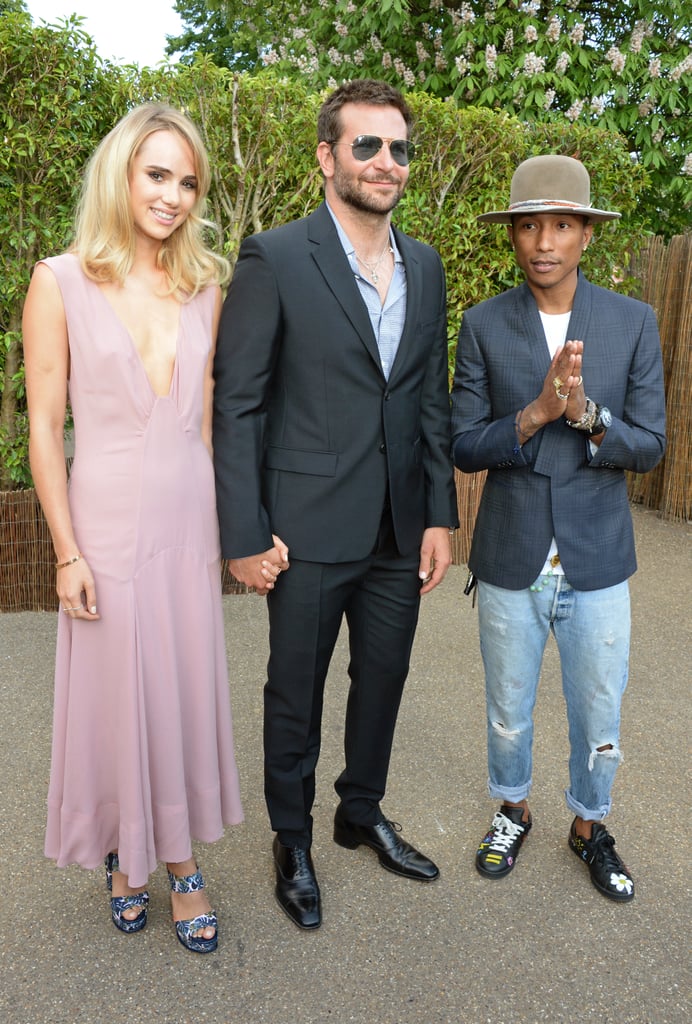 Bradley Cooper Shows PDA With Suki and Socializes With Pharrell

Bradley Cooper suited up for the annual Serpentine Gallery Summer Party in London's Hyde Park on Tuesday. The actor arrived with his girlfriend, Suki Waterhouse, and made sure to mingle with Pharrell Williams and art curator Hans-Ulrich Obrist during the event. Bradley has been spending time in the UK lately since filming wrapped on his most recent project, American Sniper; before getting dressed up for Tuesday's soiree, he was spotted looking cool and casual while checking out Metallica's set at the Glastonbury Festival over the weekend. Pharrell, meanwhile, jetted across the pond after performing with Missy Elliott and taking home two trophies at the BET Awards on Sunday night. He rocked his signature hat for the Summer gala, which also brought out Alexa Chung, Cara Delevingne, Orlando Bloom, Naomi Campbell, and Princesses Beatrice and Eugenie of York.

In addition to Bradley and Suki's sweet PDA during the party, another cute couple was also making the rounds. Keira Knightley stayed close to her husband, James Righton, as she posed for photos in a gorgeous gown. Keira is currently promoting Begin Again, the romantic comedy she stars in with Mark Ruffalo and Adam Levine; watch the exclusive lyric video for the movie's song "Lost Stars." Scroll through to see all the photos from the star-studded party.

Aidy Bryant
5 Things You Might Not Know About Aidy Bryant's Husband, Conner O'Malley
by Amanda Prahl 19 hours ago