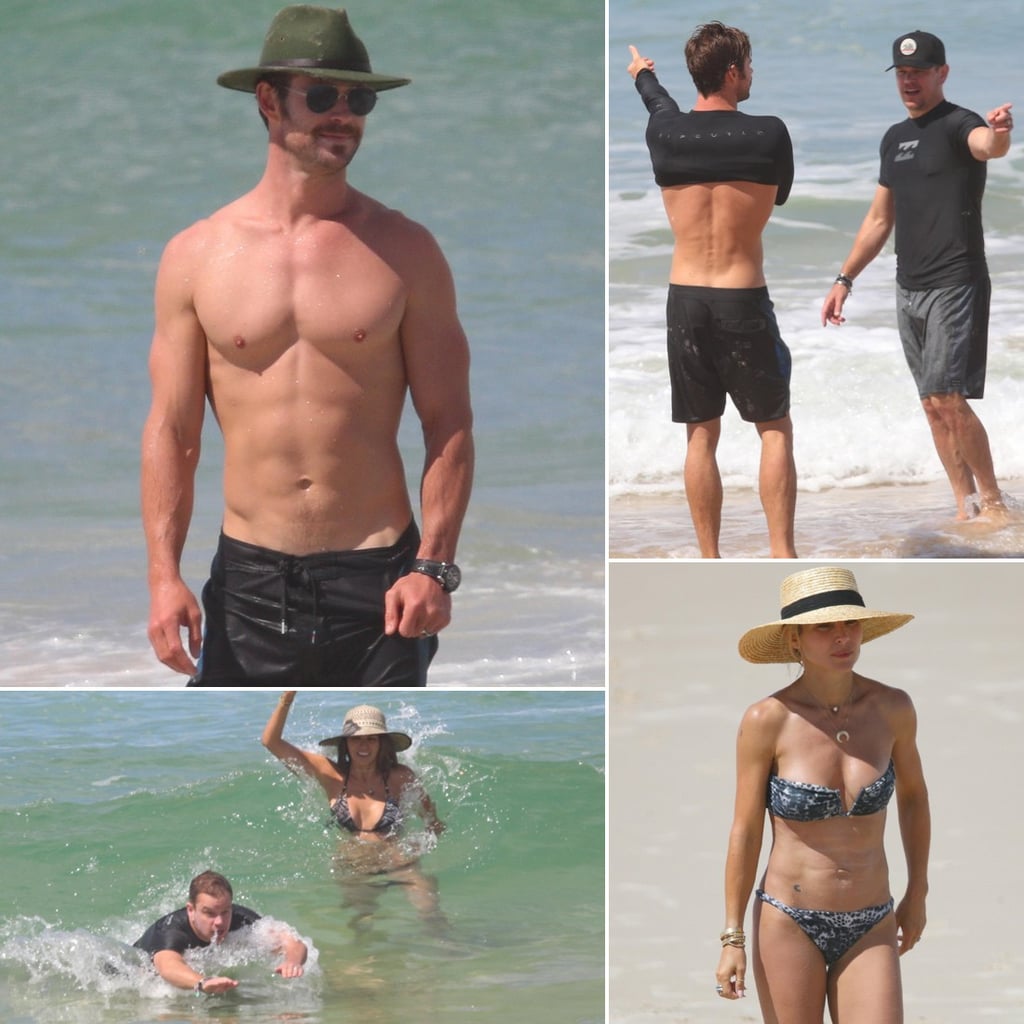 Chris Hemsworth and Matt Damon Spent Easter Sunday Together at the Beach, and It Looked Like a Blast

Chris Hemsworth ditched his shirt for a day at the beach in Byron Bay, Australia, on Sunday. The hunky Marvel star and native Australian was joined by his stunning wife, Elsa Pataky, who showed off her own enviable physique in a bikini, as well as close family friends Matt and Luciana Damon (who also flaunted her insane body in a two-piece). Chris's three kids; daughter India and twin sons Tristan and Sasha, were also in tow, as were Matt and Lucy's daughters, Alexia, Gia, Isabella, and Stella. Chris and Matt caught a few waves together, and at one point, Chris raised his arms to the sun in celebration. Can we talk about those abs, please?!

Chris and Matt have been friends for some time now, and this isn't the first time we've seen the Thor: Ragnarok stars and their families vacationing together. Back in 2012, the actors were photographed having a damn blast while shooting down an inflatable slide, and at this time last year, the Damons joined Chris and his brood Down Under. Keep reading to see their fun Easter outing!