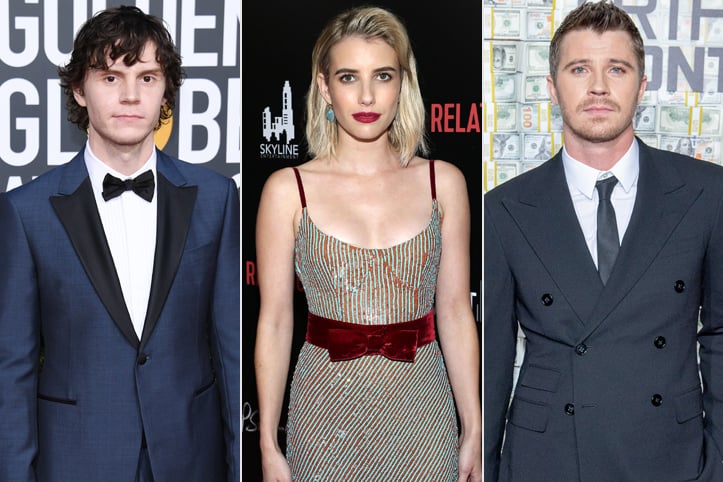 Emma Roberts and Evan Peters are no longer together, Us Weekly reports. According to the publication, the two have called off their engagement, and the Scream Queens actress is now dating Garrett Hedlund. "Emma and Evan were heading for a split and now are just friends," a source tells the publication. "Evan has moved out. It wasn't a bad breakup." Emma and Evan first started dating in 2012 after meeting on the set of their movie Adult World and have faced a number of breakups and makeups over the years.

Accordingly to Us Weekly, Emma and Garrett have been friends for a while but reportedly just starting seeing each other romantically. The two were recently spotted getting cozy while walking around LA. The Triple Frontier star reportedly "had his arm around [Emma] for a bit and then they were holding hands." Garrett was previously in a relationship with his On the Road costar Kirsten Dunst, whom he dated from 2011 to 2016.