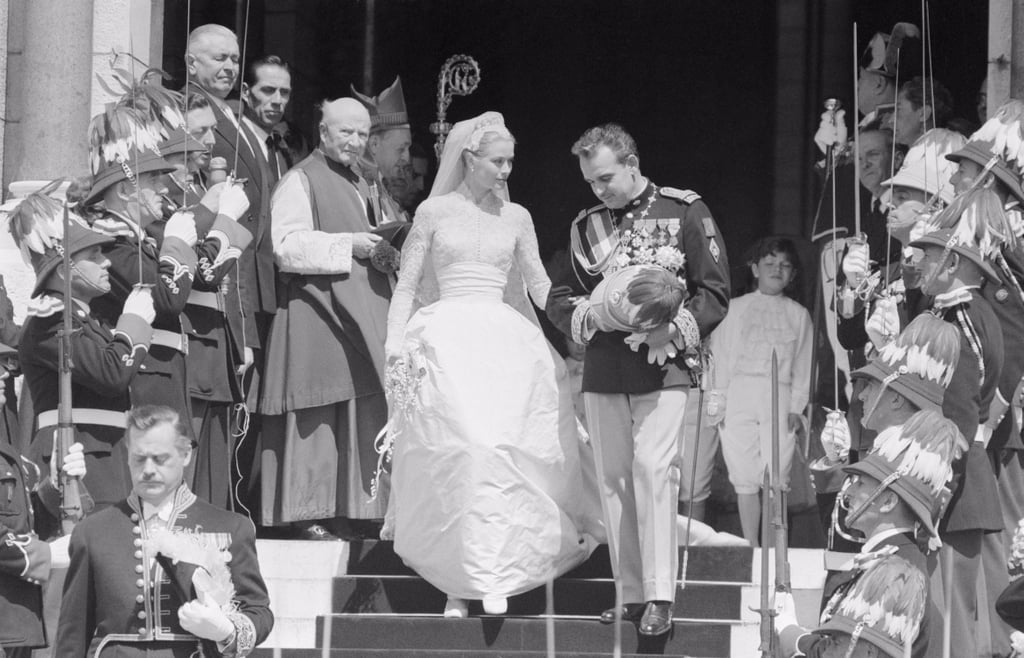 When you think of an opulent royal wedding, Prince William and Kate Middleton or Prince Charles and Princess Diana's lavish London nuptials probably come to mind. Long before either of those couples tied the knot, however, a different royal pair made waves with their mind-blowing wedding celebration: Grace Kelly and Monaco's Prince Rainier III. The couple first met at the Cannes Film Festival in 1955 and were engaged a few months later. Their glamorous wedding was held soon afterward on April 18, 1956, and remains one of the most glamorous affairs in royal history. Let's take a look back at why it had jaws on the floor back then and still blows our minds 61 years later.

Related:
The Most Stunning Royal Weddings From Around the World
Previous Next Start Slideshow
The RoyalsCelebrity CouplesCelebrity WeddingsGrace KellyWeddingCelebrity Facts