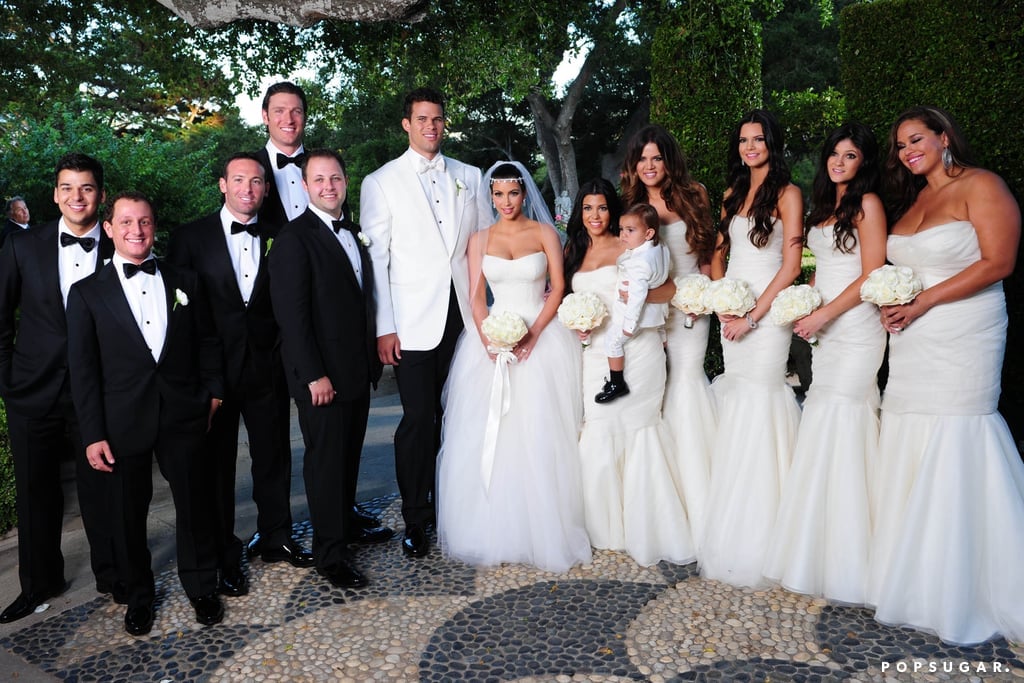 Which of Kim Kardashian's Weddings Was More Insane? An Investigation

When it comes to over-the-top celebrity relationships, no one does it better than Kim Kardashian and Kanye West. From their rollercoaster courtship to Kanye's jaw-dropping proposal, everything about them is cranked to 11. It should be obvious, then, that their May 2014 wedding was a lavish, blow-out affair. At this point, the only couple that can even come close to topping their Italian nuptials is maybe . . . Kim Kardashian and Kris Humphries? That's right — the August 2011 wedding that launched hundreds of 72-day jokes was also an insane, over-the-top affair. How do the two events stack up? Well, let's just say they're both a little fancier than Kim's $60 Las Vegas wedding was.