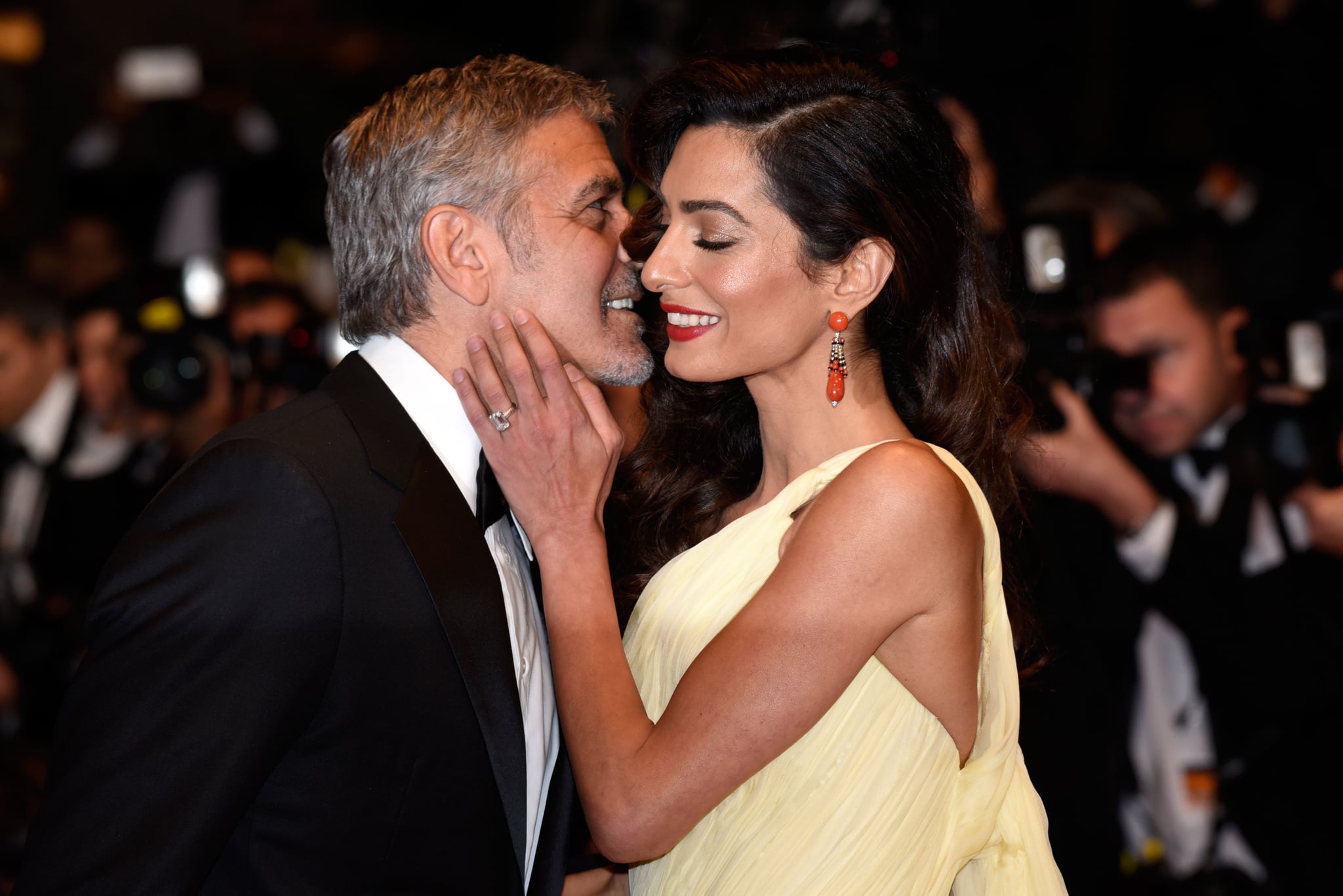 George Clooney was once one of Hollywood's hottest bachelors, who swore he would never get married again (he was married to actress Talia Balsam from 1989 to 1993). That is, until Amal Alamuddin (now Amal Clooney) came along. George first laid eyes on the human rights attorney at his home in Lake Como, Italy, in 2013.

"It's the wildest thing. A mutual friend of ours said, 'I'm stopping by and can I bring my friend?' And I was like, 'Of course.' I got a call from my agent who called me and said, 'I met this woman who's coming to your house who you're gonna marry,'" George revealed during a previous appearance on David Letterman's Netflix show, My Next Guest Needs No Introduction. "The funniest thing was my mom and dad were visiting, so my parents were there, and we just talked and we stayed up all night talking and then, you know, I got her email address 'cause she was going to send me some pictures of my parents and then, we started writing and I didn't know if she wanted to go out with me. I just thought, you know, we were buddies."

During another appearance on the Late Show with David Letterman, the 57-year-old actor also added that he "chased her for many months, calling and writing, those kinds of things," and admitted to Ellen DeGeneres that "from the minute we met, we just sort of felt like we were going to be together."

George ended up proposing six months later, and even though he had it all planned out, it ended up being "one of those horrible moments," he told Ellen. "I plotted the whole thing out. I had the ring hidden behind her. I had music playing, my Aunt Rosemary's gonna sing 'Why Shouldn't I.' Everything was planned out . . . it was like 25 minutes. Finally I literally said, 'Look, I hope the answer's yes, but I need an answer 'cause I'm 52 and I could throw out my hip pretty soon.' And she said 'Oh, yes,' and it worked out really well."

Related:
15 Beautiful Things Celebrities Have Said About Their Sweethearts

Fast-forward a few months later and George and Amal are husband and wife. The couple tied the knot in Venice, Italy, in September 2014, and have been looking crazy in love ever since. In June 2017, they welcomed twins (a boy named Alexander and a girl named Ella)! Maybe fairy tales do exist.

Ben Platt
Ben Platt and Noah Galvin Are Engaged: "He Agreed to Hang Out Forever"
by Njera Perkins 21 hours ago