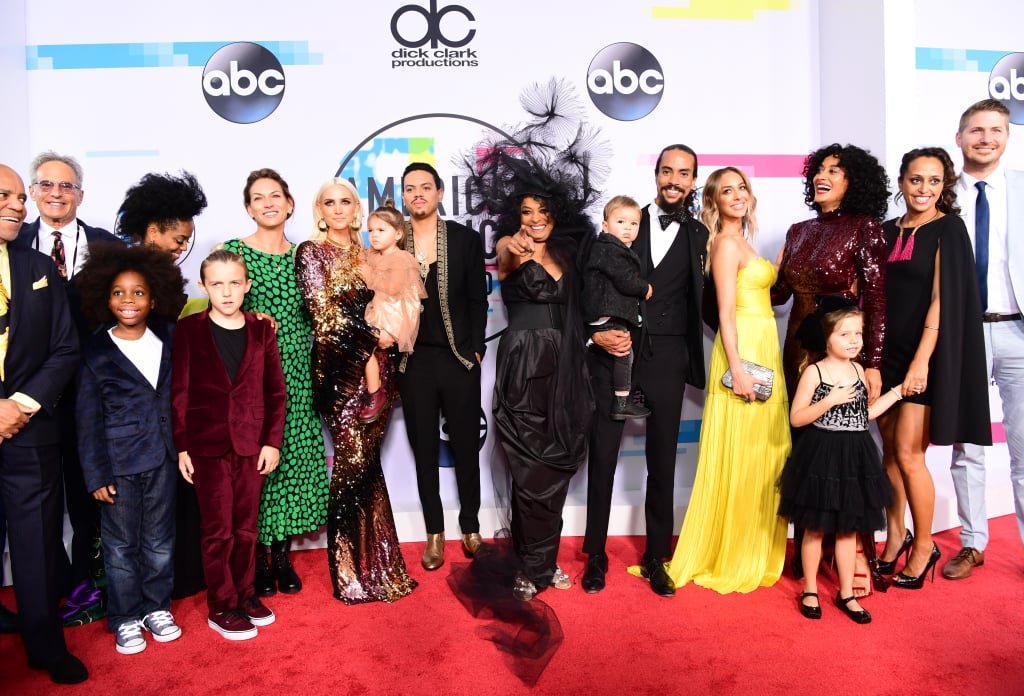 And There You Have It!

Diana Ross is one of the industry greats, with an illustrious music and film career that spans six decades. To most of the world, she's an icon. But to her big, growing family, she's a loving mom and devoted grandmother who loses her fanny pack at Marshall's like anyone else.

We got a glimpse of Diana's huge brood at the American Music Awards in 2017, where three generations stepped out to support her lifetime achievement award, and again at the Macy's Thanksgiving Day Parade a year later. The outings fueled interest in Diana's family life — how many kids does she have? Who has she been married to? You may even be wondering how legendary Motown Records founder Berry Gordy and legendary Autobiography singer Ashlee Simpson factor in. Don't worry, we've got you. Read on for a handy guide to the Ross family tree.