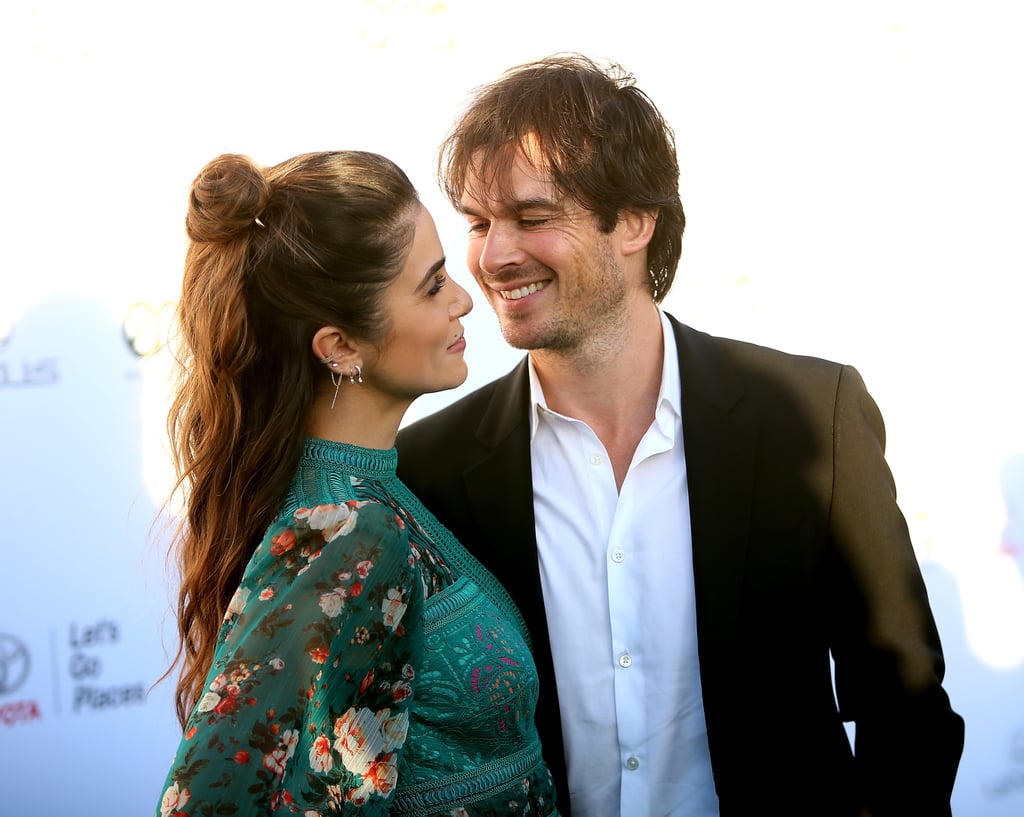 Nikki Reed and Ian Somerhalder looked so in love as they attended the Environmental Media Association Awards in Santa Monica, CA, on Saturday. The parents of daughter Bodhi showed sweet PDA as they posed on the red carpet and later presented together on stage during the ceremony. Their carefree outing comes on the heels of their recent public apology for their controversial comments about starting a family. During an interview with Dr. Berlin's Informed Pregnancy podcast (which has since been deleted), Nikki explained that Ian went into her bag and threw out her birth control pills during their trip to Barcelona, Spain, in 2016.

While Nikki responded to the backlash with an impassioned post shortly after, the couple made a joint statement on their respective Twitter accounts on Saturday apologizing for their comments. "To anyone who has been affected by reproductive coercion, we are deeply sorry," they wrote. "We never expected a lighthearted interview we did poking fun at EACH OTHER and how WE chose together to get pregnant, a goofy moment in Barcelona with our two best friends and the anticipation of our journey together as we went from two to three, to turn into something representing a very serious matter. We are two happily married people who chose TOGETHER to have a baby. The end."