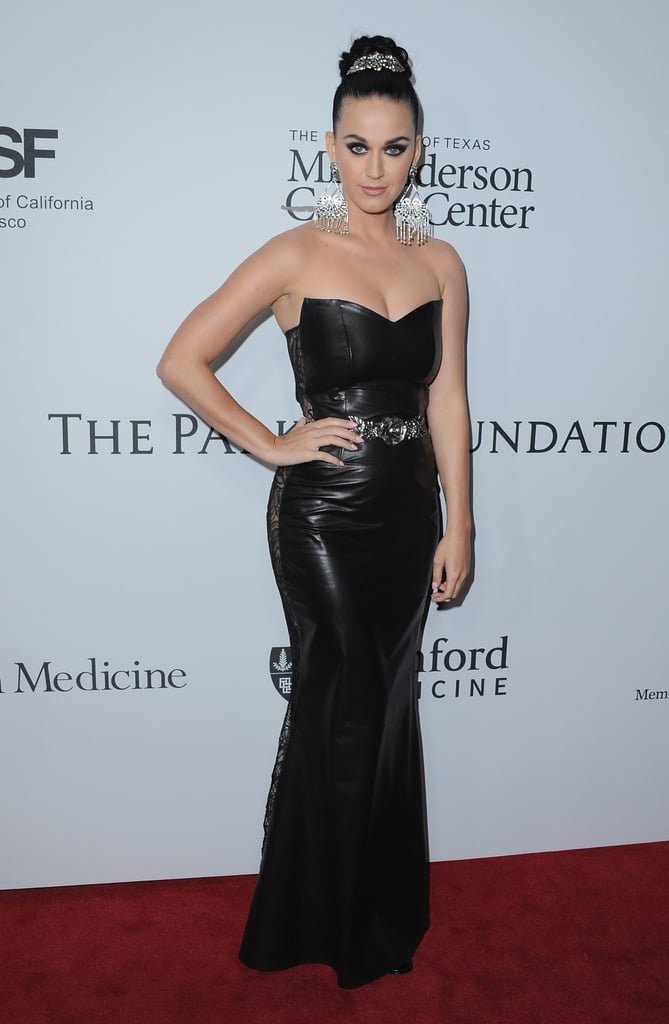 Although the world has yet to come up with a proper nickname for Katy Perry and Orlando Bloom (Korlando? Blerry?), there's probably plenty of time to think of one, since their relationship appears to still be going strong. The couple — who originally fueled dating rumors when they cozied up at a Golden Globes party in January — have been spotted everywhere together, from Disneyland to Hawaii and, most recently, the Parker Institute For Cancer Immunotherapy Gala.

The star-studded event took place on Wednesday night in LA, drawing a huge celebrity crowd, including Bradley Cooper (and his adorable mom!), Lady Gaga, John Legend, Goldie Hawn, James Corden, and more, which totally made up for the fact that Katy and Orlando opted to walk the red carpet separately. The singer also ran into Taylor Swift's BFF Jaime King, and they appeared to share a few laughs. See all the glamorous photos here, and check out Katy's colorful appearance at the ACM Awards!

Maitreyi Ramakrishnan
Are the Cast of "Never Have I Ever" Single or Taken? Let's Find Out!
by Pallavi Bhadu 22 hours ago