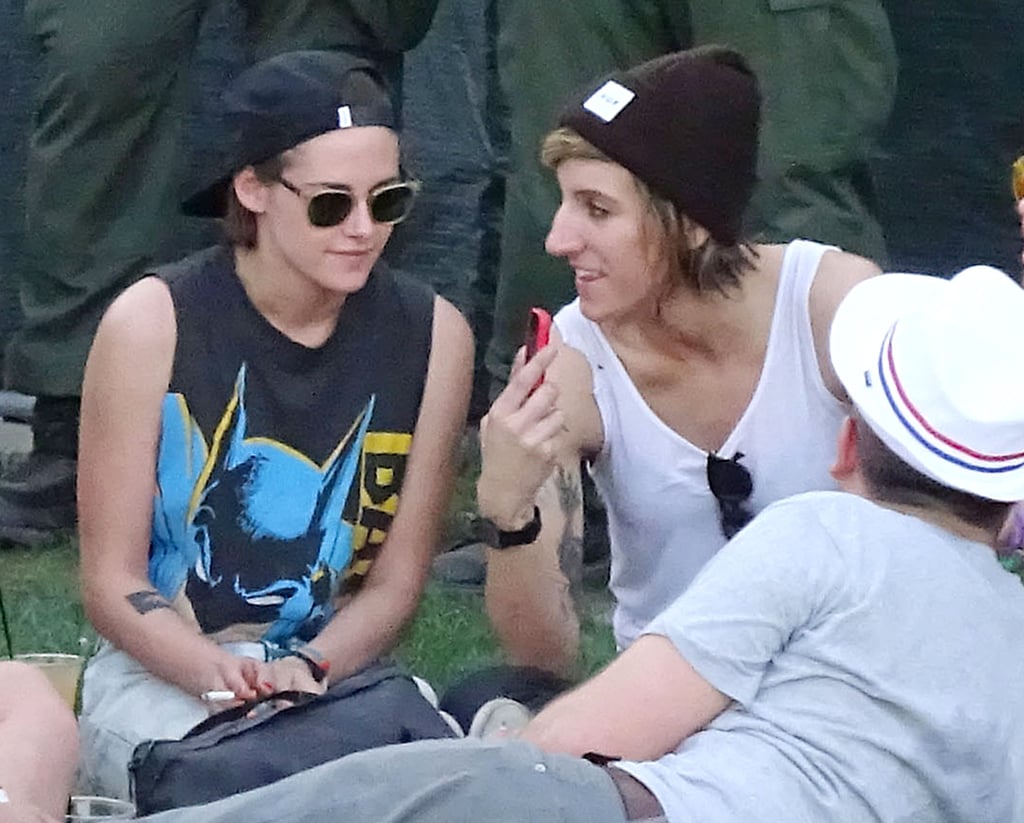 Kristen Stewart and Alicia Cargile Kick Back and Relax at Coachella

Kristen Stewart and her rumored girlfriend, Alicia Cargile, were spotted hanging out with a group of friends at Coachella on Sunday. They stayed close while checking out a performance, and Kristen smoked a cigarette as Alicia showed off something on her cell phone. It's the first time we've seen Kristen and Alicia out and about together since their cute weekend outings in LA back in March, and they were just two of the many celebrities who popped up in the desert for the annual music festival. In addition to her laid-back afternoon at Coachella, Kristen also celebrated a big milestone when she rang in her 25th birthday last week; we commemorated her big day with a look back at her Hollywood evolution, as well as a roundup of her surprising range of facial expressions. Keep reading to see Kristen and Alicia at Coachella, and check out more celebrity couples who came out for the event.

Alicia Keys
According to Alicia Keys, Swizz Beatz Isn't Just Her Soulmate, They're "Twin Flames"
by Grayson Gilcrease 18 hours ago

Simone Biles
Simone Biles's Boyfriend Shares the Love in Adorable Olympic Tribute: "You Inspire Me"
by Grayson Gilcrease 2 days ago

Summer Fashion
In Case You Forgot, Jennifer Lopez Is Really Into Ben Affleck — Just Look at Her Jewelry
by Yerin Kim 5 days ago