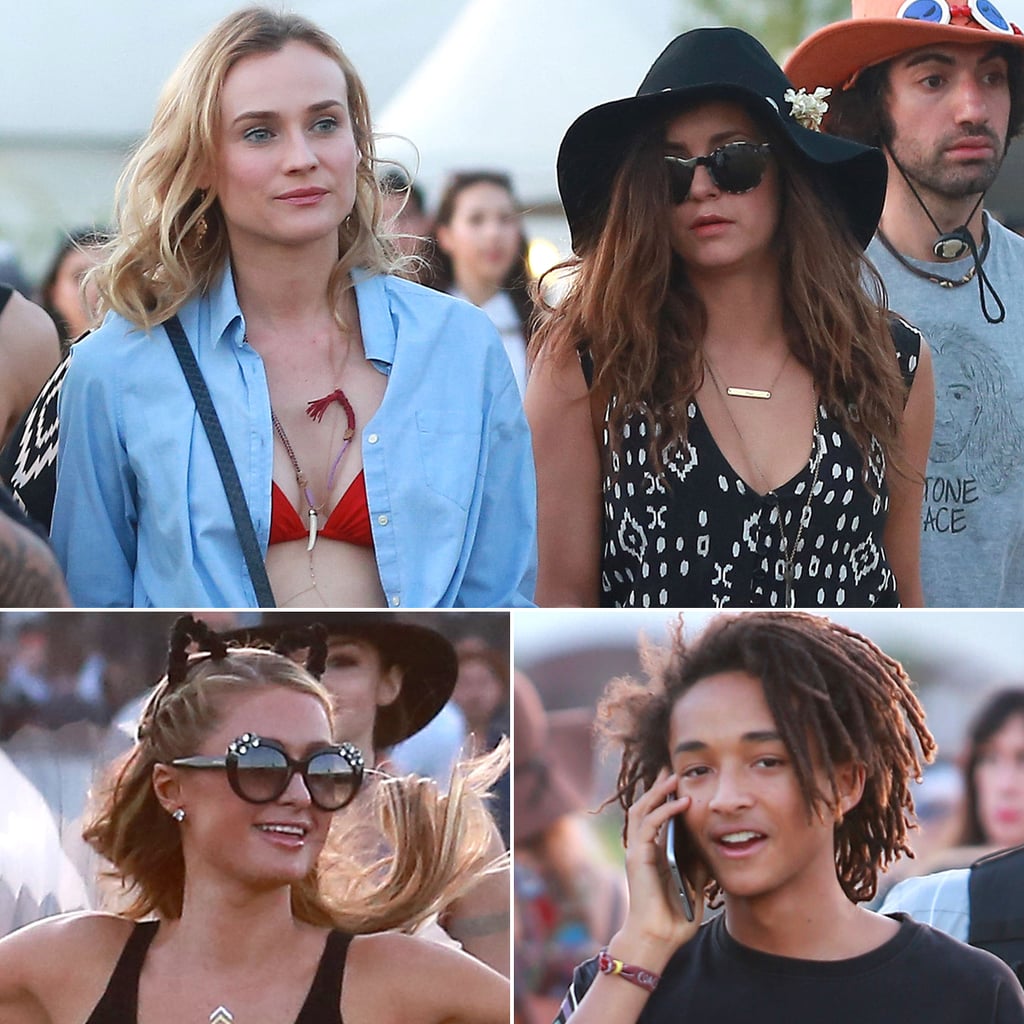 Coachella or Bust: Celebrities Go All Out For Festival Fun

That's a wrap on Coachella! Over the past two weeks, celebrities descended upon the California desert with pals. Kylie Jenner is already geared up for round two with sultry bikini shots and a new wig, and Jaden Smith, Paris Hilton, Diane Kruger, and Nina Dobrev made appearances as well.

Last weekend, Kendall Jenner was a familiar face throughout, as she partied with several pals, including Justin Bieber. There were plenty of unexpected duos, too, like Paul McCartney and Adam Levine, and Madonna and Drake, who stole the spotlight with their viral kiss. Rihanna also made an appearance, although her rumored romantic interest Leonardo DiCaprio was on his own for an epic dance. As for other solo stars, Katy Perry, Fergie, and Alessandra Ambrosio were among the ladies who took on the festival with girlfriends.

Celebrities took breaks from the performances to attend fun events. Gigi Hadid and Cody Simpson, Patrick Schwarzenegger, and others mingled at the H&M Loves Coachella tent. Over at POPSUGAR and ShopStyle's Cabana Club, Zoë Kravitz was all smiles with our editor in chief, Lisa Sugar, while Alessandra shared her BaubleBar jewelry collection. Read on to see both Coachella weekends go down, and then see all the cute celebrity couples who took their love to Coachella.