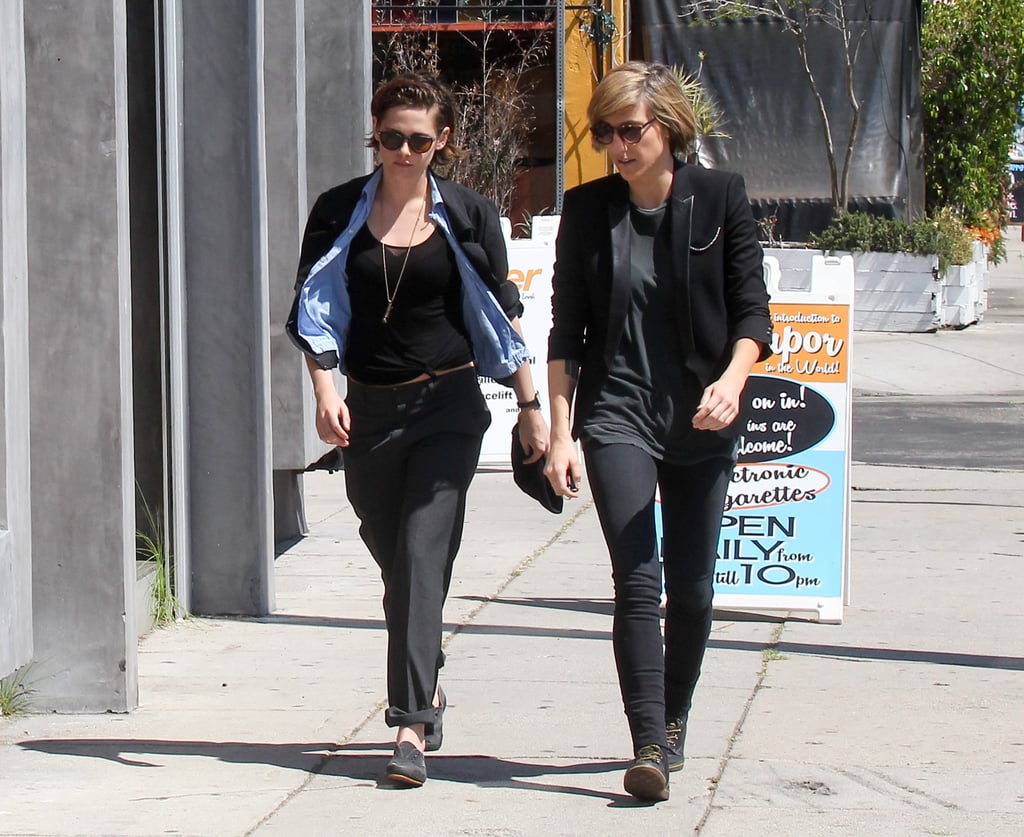 Kristen Stewart and Alicia Cargile had multiple outings over the weekend. On Saturday, the pair was first spotted grabbing coffee together, and later, the two made another appearance in coordinating dark outfits. Kristen was seen getting out of her car and texting as she walked down the street with Alicia by her side, and they rocked their signature low-key looks as they made their way through the streets of LA. Kristen and Alicia have spent a lot of time together over the past couple months, with the rumored couple squeezing in some quality time at the beach in Malibu back in January and visiting a local market together last month.

Rosalía
It's Official! Rosalía and Rauw Alejandro Confirm Their Romance on Instagram
by Njera Perkins 6 hours ago

Celebrity Couples
Finally! Jacob Elordi and Kaia Gerber Brought Their Love to the Red Carpet For the First Time
by Victoria Messina 9 hours ago