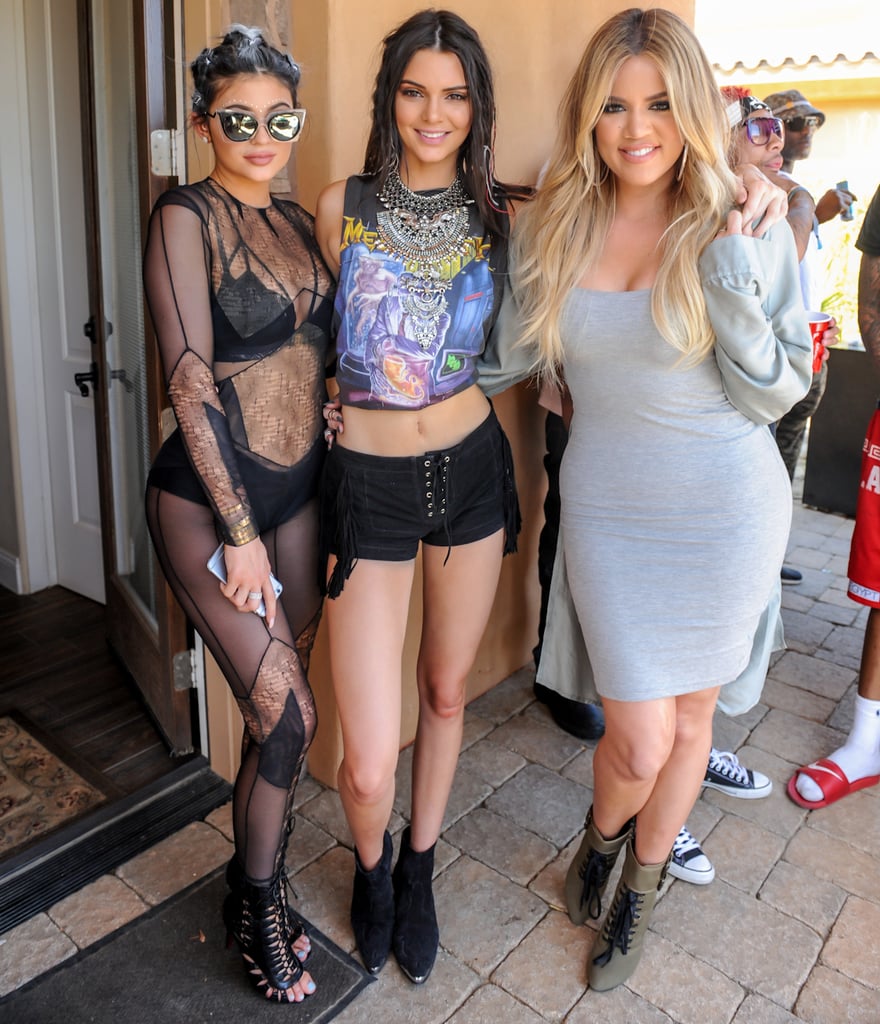 Kylie Jenner pulled out all the stops for weekend two of Coachella. The reality star was all over Instagram the past few days, posting scintillating bikini shots, a new pink wig — which is a far cry from last week's bright turquoise locks — and now a new, crazy look. At Khloé Kardashian's party on Saturday, Kylie turned up in a see-through catsuit with nothing but black underwear underneath. She shared a few cute moments with boyfriend Tyga and sisters Khloé and Kendall, who revealed her midriff in a tank top and flaunted her stems in short shorts. Kylie also made time for Nina Dobrev, one of many celebrities to get in on the Coachella fun. During the previous week's festivities, Kylie got sucked into all the madness with her sister Kendall Jenner. The two hung out with Justin Bieber, soaked up the sun, and took in the performances. Keep reading to see the pictures from her second weekend at Coachella.

Celebrity Instagrams
Britney Spears Celebrates Her Birthday by Posting a Tribute to Her Sister, Jamie Lynn Spears
by Sabienna Bowman 9 hours ago