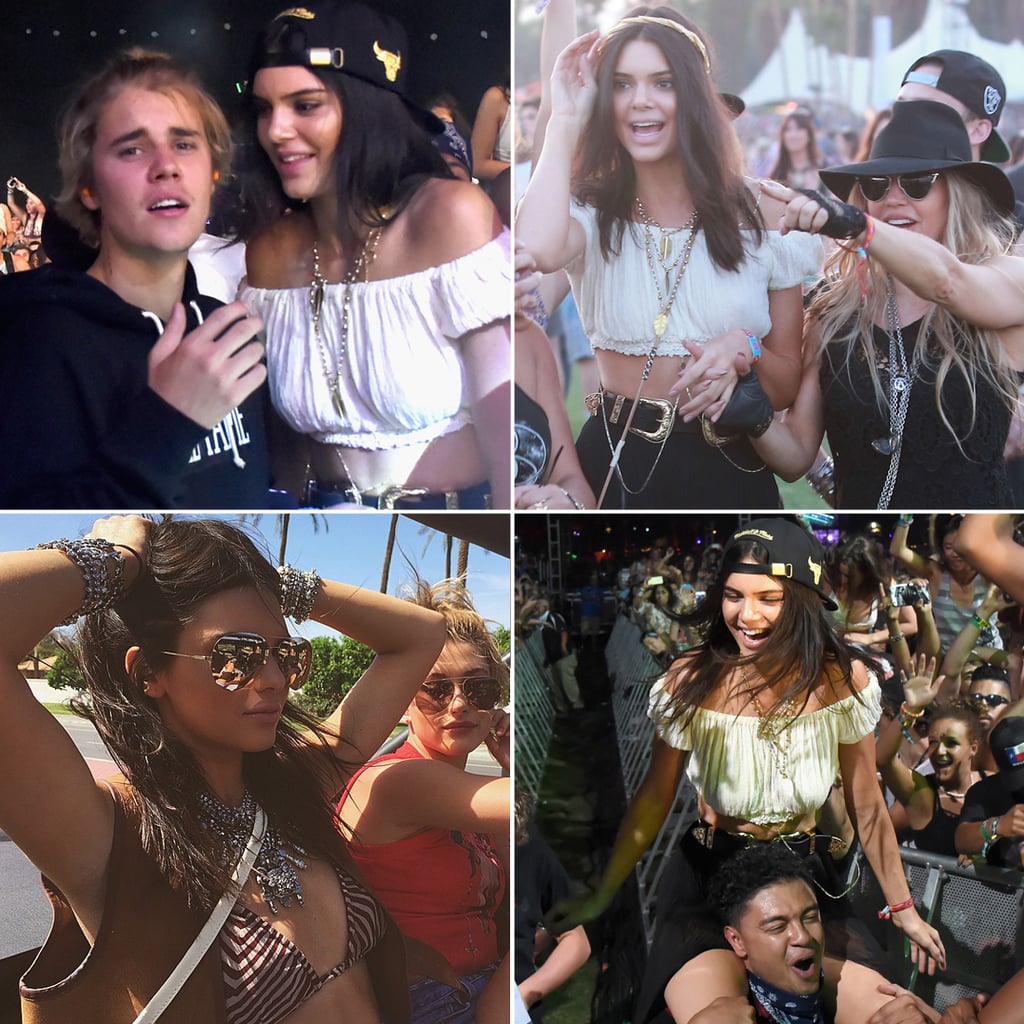 Kendall Jenner's Coachella adventures shaped up to be even more exciting than last year's festivities. On Saturday, Kendall took to Instagram to show off her bikini body while partying with a group of girlfriends, including BFF Hailey Baldwin, after which she linked up with Justin Bieber and Fergie on the famous Empire Polo Field. Kendall totally let loose, watching a performance while sitting on a man's shoulders. The day before, Kendall and Hailey kicked off the star-studded festival while holding hands on a stroll and striking fun poses on the dance floor. At one point, Kendall's sister Kylie Jenner held Hailey as the model bent backward.

Ahead of Coachella, Justin posted an Instagram with bikini-clad Kendall. The photo showed the pair getting close, and in a picture that's similar to those in Justin and Kendall's recent Vogue spread, he had his hand on Kendall's waist. They've run in the same circle of friends for a while now, with Kendall even attending Justin's recent roast, but while some commenters speculated that Justin's snaps hinted at a romance between the pair, the singer may have quashed those rumors. Soon after he shared the picture with Kendall, Justin posted a video of himself Hula-Hooping with Hailey, who's also been linked to Justin. Interestingly enough, it seems that Justin's ex Selena Gomez liked the clip.

As for Kendall, she shared a picture of her own from her day with Justin, posing in a swimsuit and adding to her long list of hot bikini photos. Keep reading to see the tight group's snaps, then check out Kendall lip-syncing Ariana Grande's hit in the midst of the festival excitement.