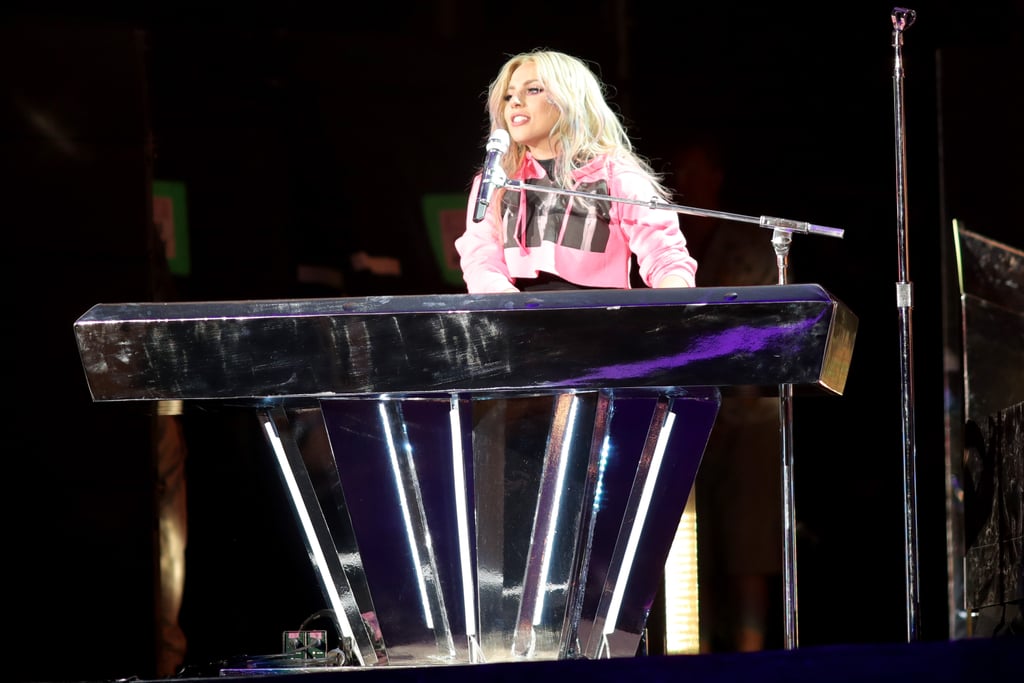 Lady Gaga hit the stage at Coachella last weekend, and to say she killed it is an understatement. The Joanne singer kicked off the show with "Scheibe" before launching into a medley of her hits, including "Alejandro," "Bad Romance," and "Just Dance." Gaga first appeared in a leather outfit and later stripped off the outer layer to reveal a black bodysuit and leggings. After her 18-song set, Gaga surprised fans when she introduced a new song to the crowd, saying, "I've been so excited for this next part of the show because I've been trying to keep it a secret for so long. I've been in the studio and I'd like to debut a brand new song, 'The Cure.'" The track is a change from her previous album, but we have a feeling you'll be playing it loudly all Summer.

Gaga returned to Coachella on Saturday for weekend two and touched hearts with her beautiful tribute to longtime friend Sonja Durham, who is battling stage IV cancer. During her set, Gaga dedicated an acoustic version of her song "The Edge of Glory" to Sonja, telling the crowd, "My friend Sonja is very sick and I love her so much and if it's okay with you, I'd like to sing this song for her." Sonja used to work as Gaga's assistant, and the two have been friends for almost ten years. Gaga also helped plan and attended Sonja's wedding to Andre Dubois back in March. Watch her emotional tribute below.

Previous Next Start Slideshow
Lady GagaCelebrity InstagramsCoachella
Around The Web

Lady Gaga
Ryan Fischer Speaks Out After Dog-Walking Shooting: "Lady Gaga, Your Babies Are Back"
by Monica Sisavat 2 hours ago

Gal Gadot
Gal Gadot Is Pregnant With Her Third Child: "Here We Go Again"
by Monica Sisavat 6 hours ago