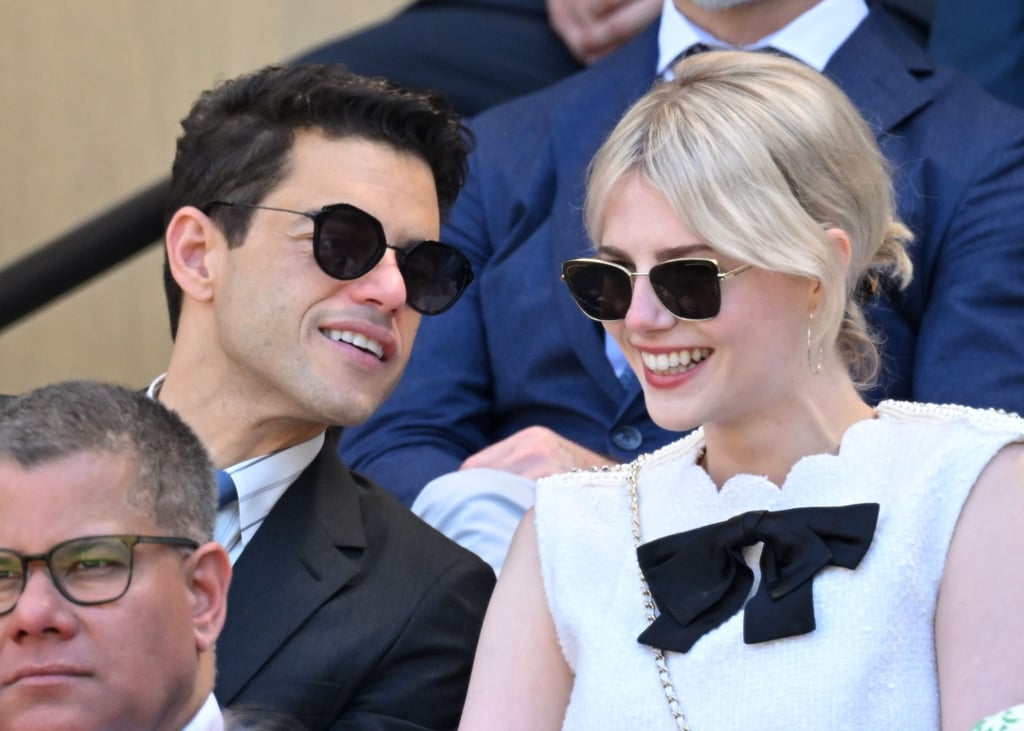 Lucy Boynton and Rami Malek's romance dates back to 2018. After much speculation, Malek confirmed their relationship at the Palm Springs International Film Festival on Jan. 3, 2019. While accepting the award for breakthrough artist, he thanked Boynton for her support, adding, "You have been my ally, my confidant, my love."

Then, at the Golden Globes a few days later, the couple continued to be award season's sweetest duo, and as Malek celebrated more wins at the SAG Awards and BAFTA Awards, he snuck a kiss from Boynton before heading to the stage. Most recently, the pair made a rare appearance together at Wimbledon, where they were spotted sharing a few laughs in the stands.

Since finding out that Malek and Boynton are dating, we have a whole new appreciation for their on-camera moments in the Freddie Mercury biopic, "Bohemian Rhapsody." In the film, Malek takes on the role of Mercury while Boynton plays his lesser-known muse and former partner, Mary Austin. Mercury was known to write a string of songs for Austin, including "Love of My Life" from Queen's 1975 album "A Night at the Opera."

Malek and Boynton's public embraces are even sweeter off screen, so read on for a look at the duo's real-life romance.

Lakeith Stanfield
No, LaKeith Stanfield Isn't Engaged, but We Have the Details About His Spelman Grad Girlfriend
by Victoria Messina 21 hours ago